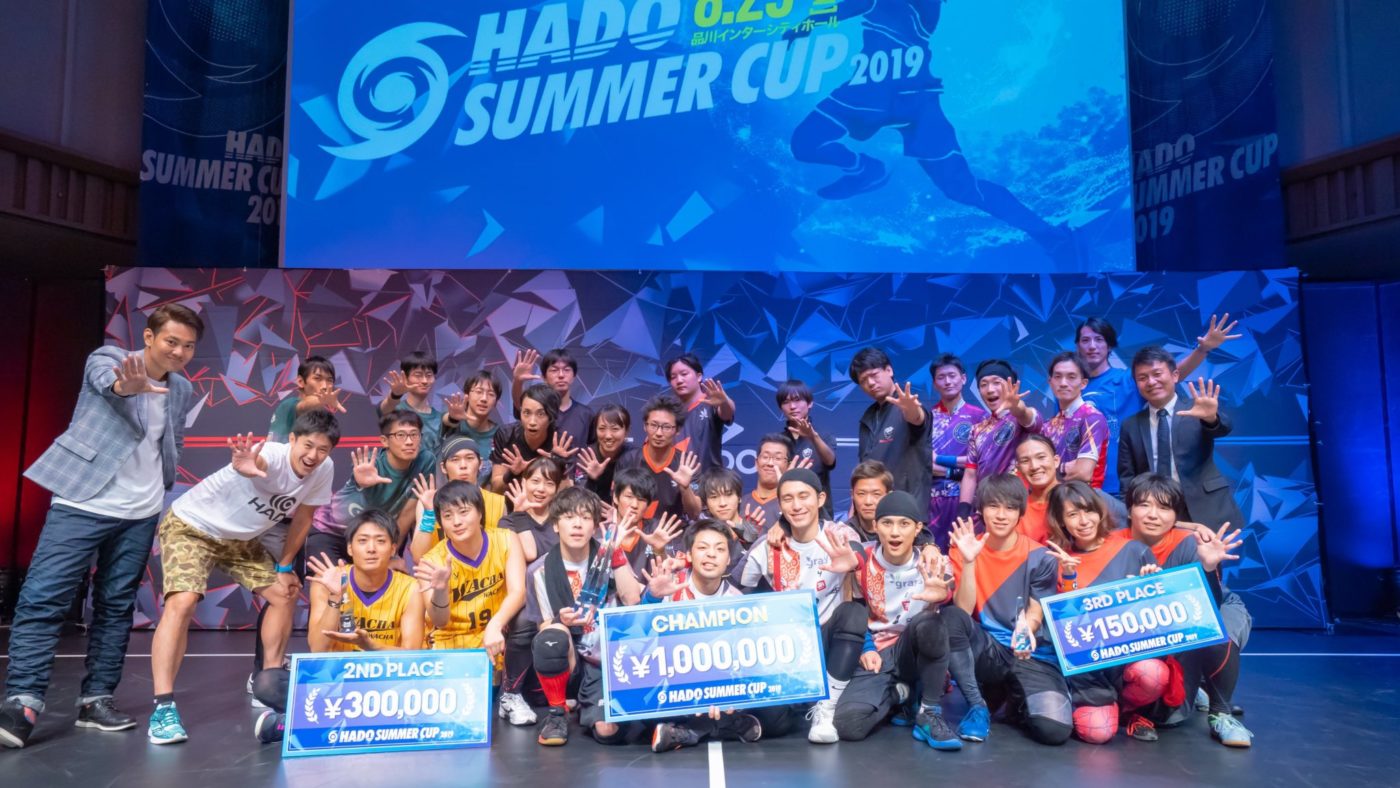 Eight teams faced off at the HADO SUMMER CUP 2019 at the Shinagawa Intercity Hall arena in Tokyo on August 25th to decide the best in Japan. This HADO techno sports battle combined the real and virtual worlds in a three-person team championship made up of 80-second rounds, unless a draw sparks a fierce fight for one last point.

All of the HADO athletes bared their souls, leaving everything on the court match after match to the roaring cheers from the sold-out arena of almost 400 fans. As the summer season came to a close, everyone watching in-person or live online felt the thrill of victory and the heartbreak of defeat. Each season keeps bringing greater exhilaration and enthusiasm to AR sports.

The four top teams throughout Japan and four additional teams who earned the right to compete at the preliminaries clashed at the HADO SUMMER CUP 2019. When all was said and done, only three of the eight teams stood on the podium:

HYBRIS, the newcomer to the HADO techno sports stage, also preformed tremendously. Even while struggling to find a strong foothold in the competition, Mae P, Shaa, Pan-chan, and Ryu showed miraculous skill, beating WACHA GONA PEOPLE and SHIKO-KOKETSU-AHIRU-GUMI to climb the ranks to third place. HYBRIS leaves no question of its potential to become a top contender next season. 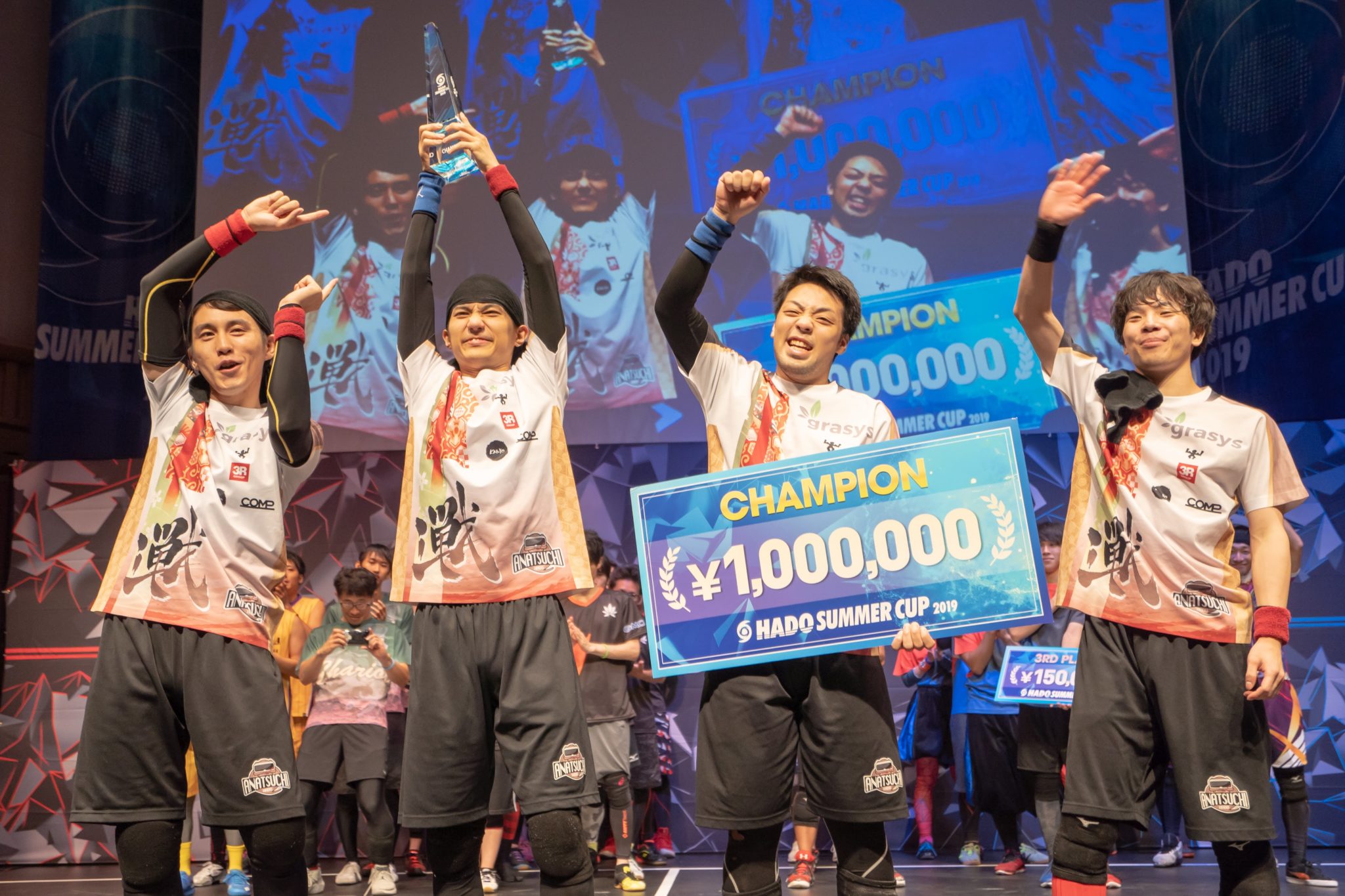 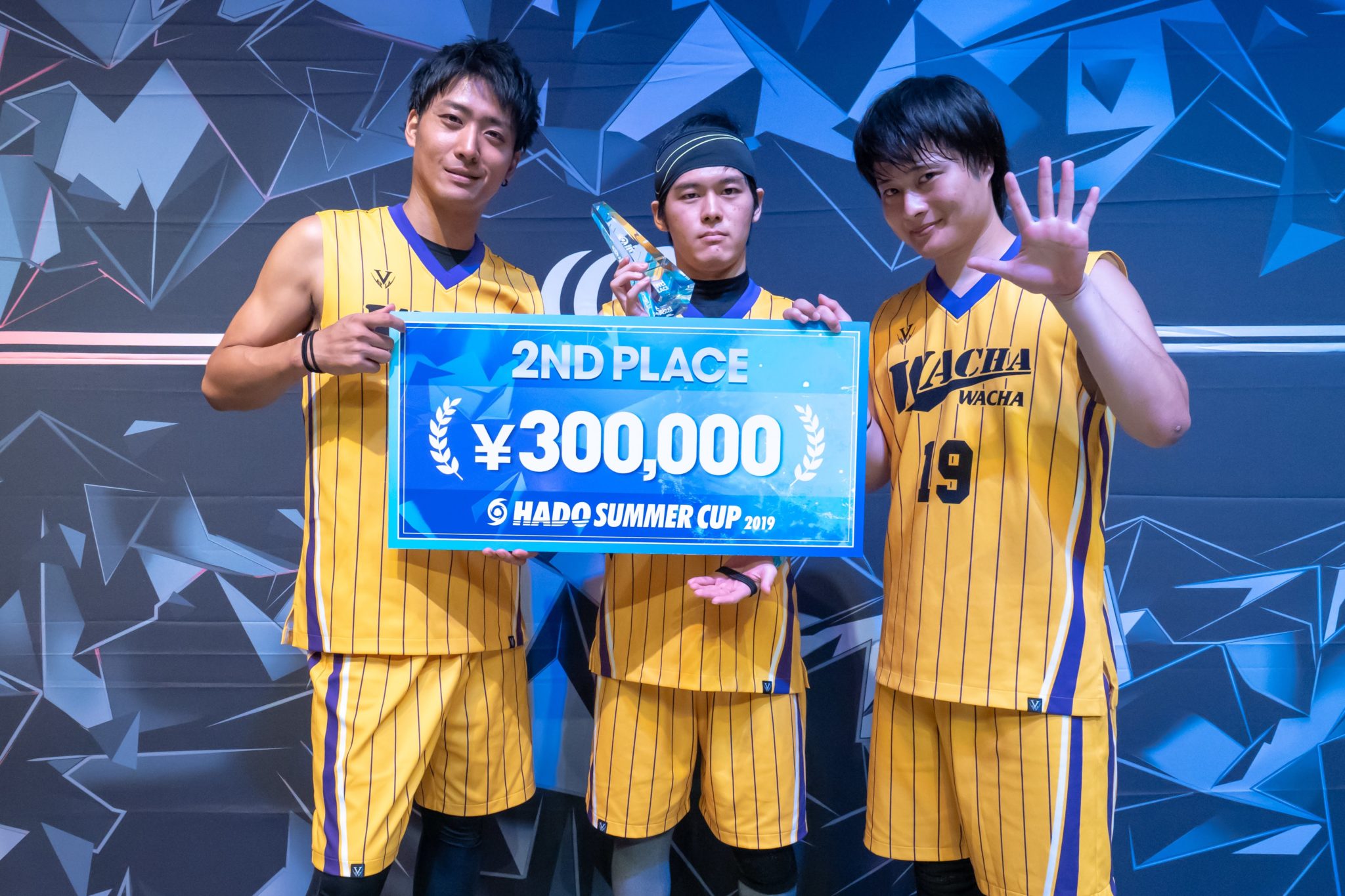 Many watched the event live online, but the HADO SUMMER CUP 2019 is available in-full on YouTube right now. Anyone who missed out on the live event can check out the action for themselves.

The HADO SUMMER CUP 2019 not only treated us all to a one-of-a-kind sports championship but also stupendous performances by AIR FOOTWORKS and the HADO CREW.

AIR FOOTWORKS headlined the performances at HADO SUMMER CUP 2019 as the world’s first pull-up bar dance group. The talented dance team was assembled by Takashi Jonishi, who reached stardom in Asia and the rest of the world as a dance member and choreographer of WORLD ORDER. In an original performance inspired by HADO techno sports, AIR FOOTWORKS captivated us with amazing feats of strength to dance as if weightless in mid-air. 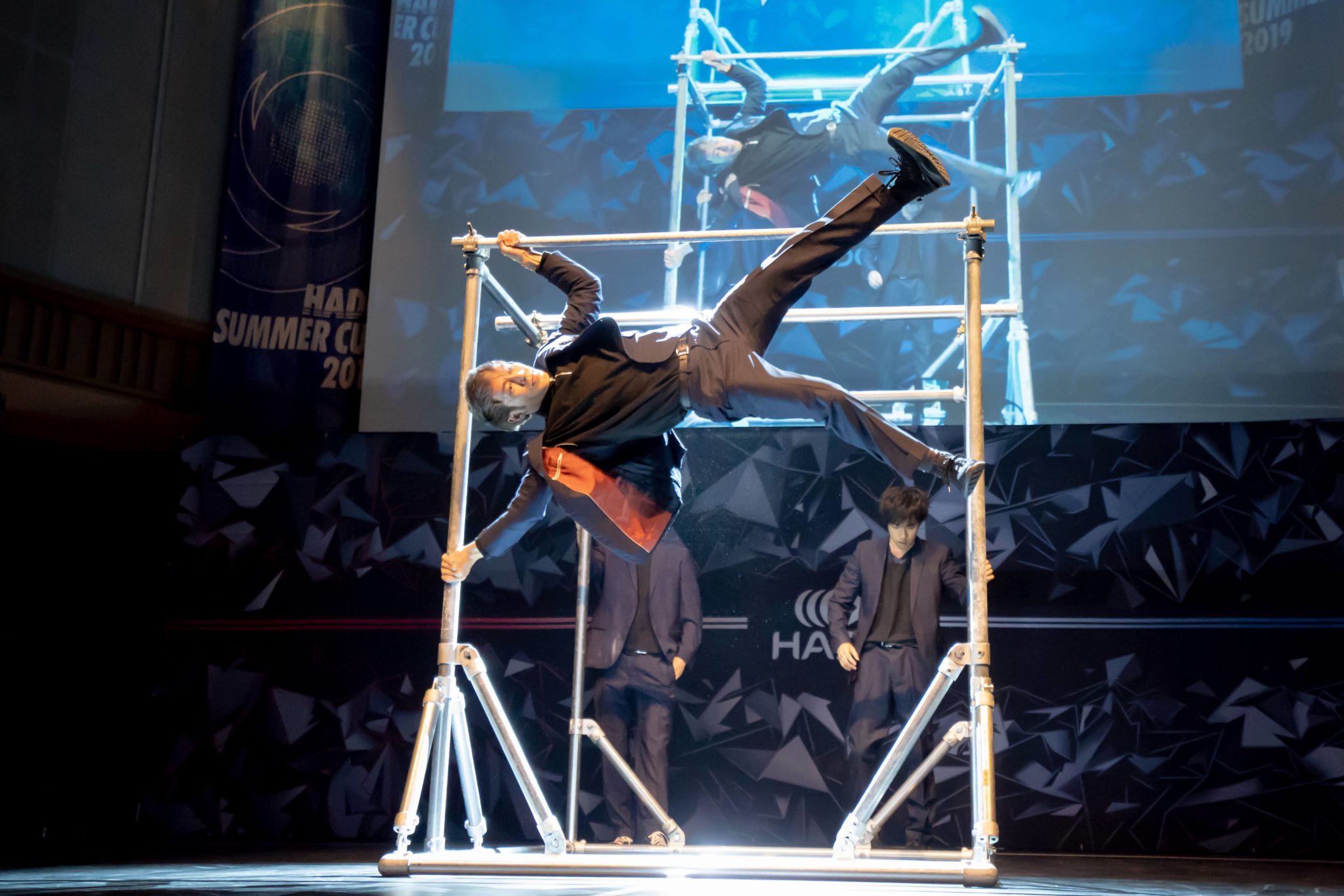 The HADO CREW also stepped in to entertain and invigorate the audience between matches with a passionate dance style fans have come to know and love. 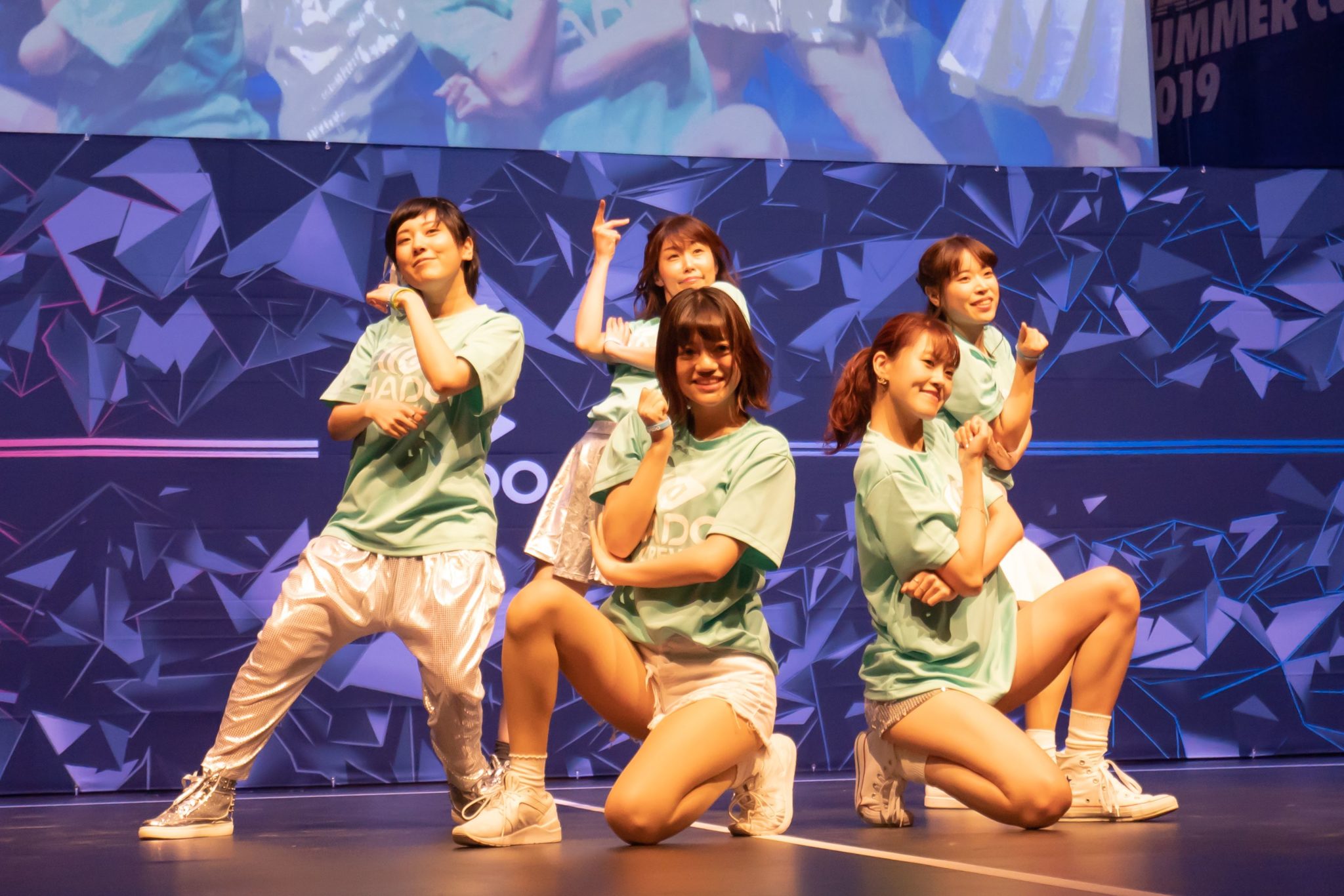 Next up is the HADO WORLD CUP 2019 set for the end of the year. This techno sports extravaganza will bring elite teams from around the world together in a competition to determine the best in the world. More excitement and surprise surely await at this next-generation AR sports world championship. So, are you in? 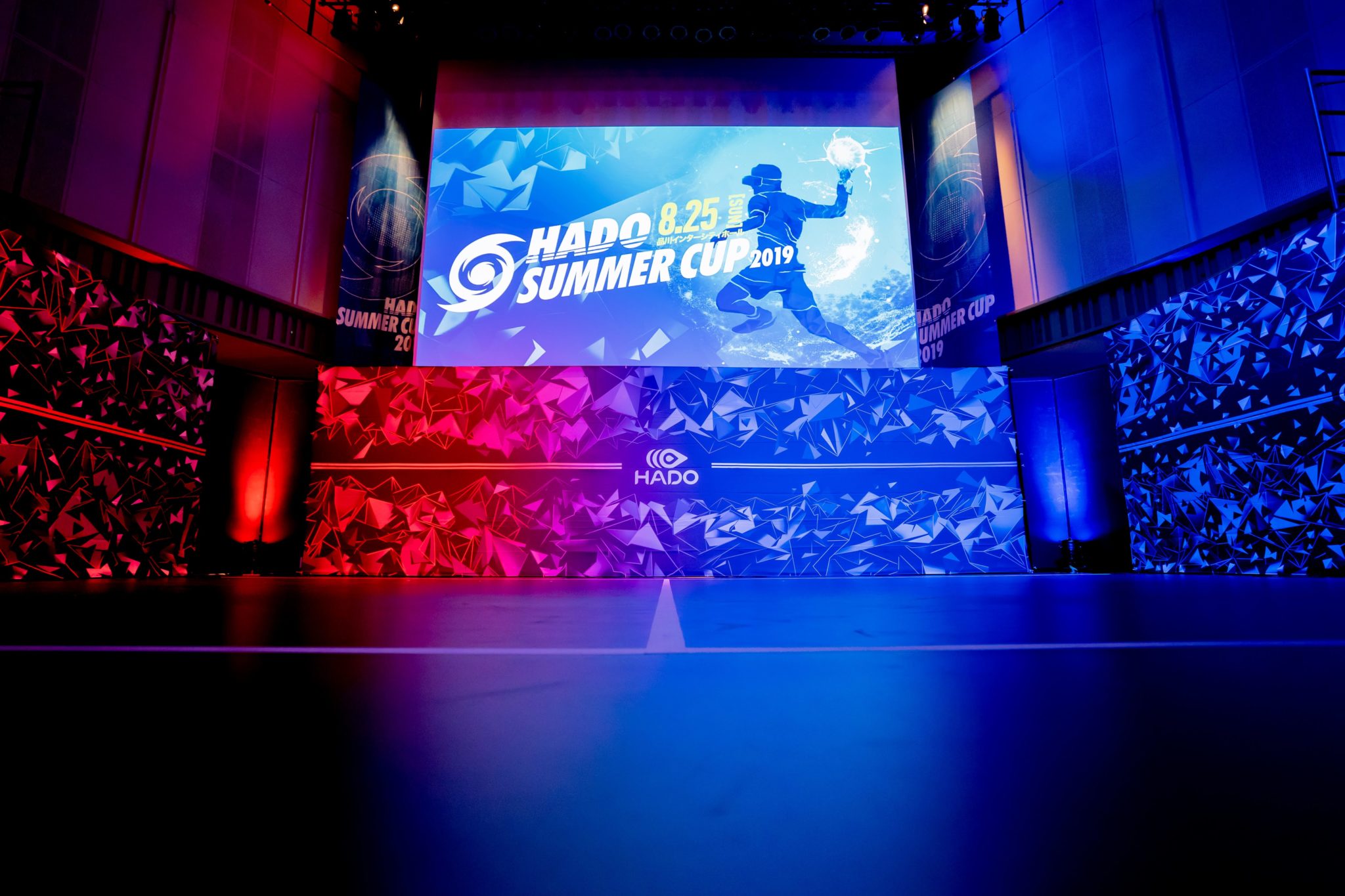