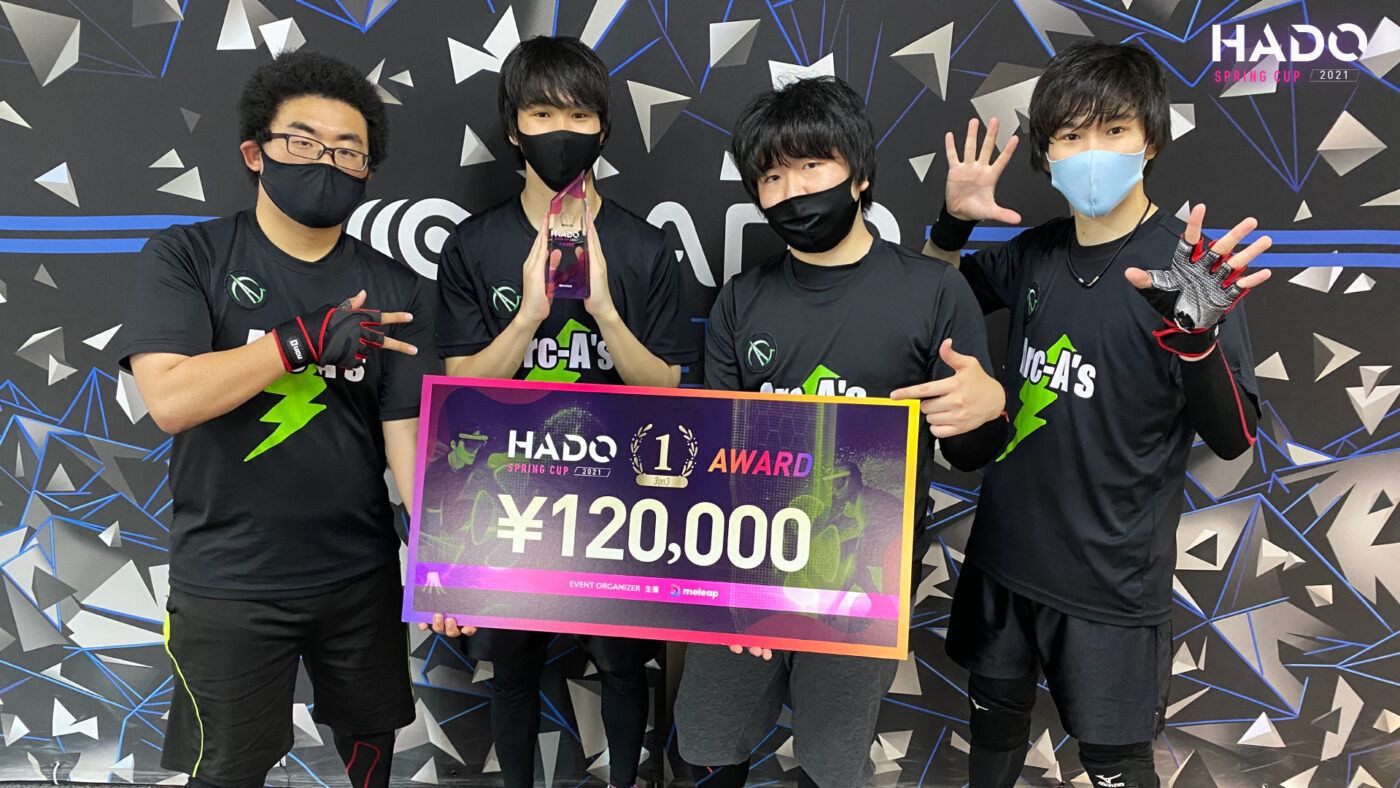 HADO ARENA Hibiya, the holy ground of techno sports, hosted the HADO SPRING CUP 2021 Japan Championship! 19 teams joined intense battles to prove they are the best of the best in Japan!

The HADO SPRING CUP 2021 Japan Championship finally unfolded on May 15th and May 16th at HADO ARENA Hibiya as fiercely competitive tournaments to determine the Japan No.1 for the spring season of the globally prominent AR techno sport.

Every year, teams either ranked top four in the HADO Japan Rankings or winning in the preliminary round held on another day had been qualified for the championship tournament; this year, HADO SPRING CUP was open to any team to join the 3-on-3 grand slam held on May 15th. 15 teams battled it out on the court for the preliminary round and the four of which earned the ticket to the final round where the Japan’s top ranked and seeded teams await.

On May 16th, the SPRING CUP hosted an open 2-on-2 tournament as well as the first official 1-on-1 championship.

With a host of exciting performances here and there, some players came under the spotlight, winning as a big surprise in the 1-on-1 match-ups, where rarely-seen-pairing was also a must-see. We could also enjoy distinctive 2-on-2 competitions quite different from the traditional games under the 3-on-3 style rules.

The SPRING CUP was held behind closed doors to prevent the spread of the coronavirus, but the competitions reached fever pitch as fans across the globe took in every play of every match of the championship tournaments held on both days through a live streaming on YouTube to post a lot of comments to cheer on their favorite teams or players. 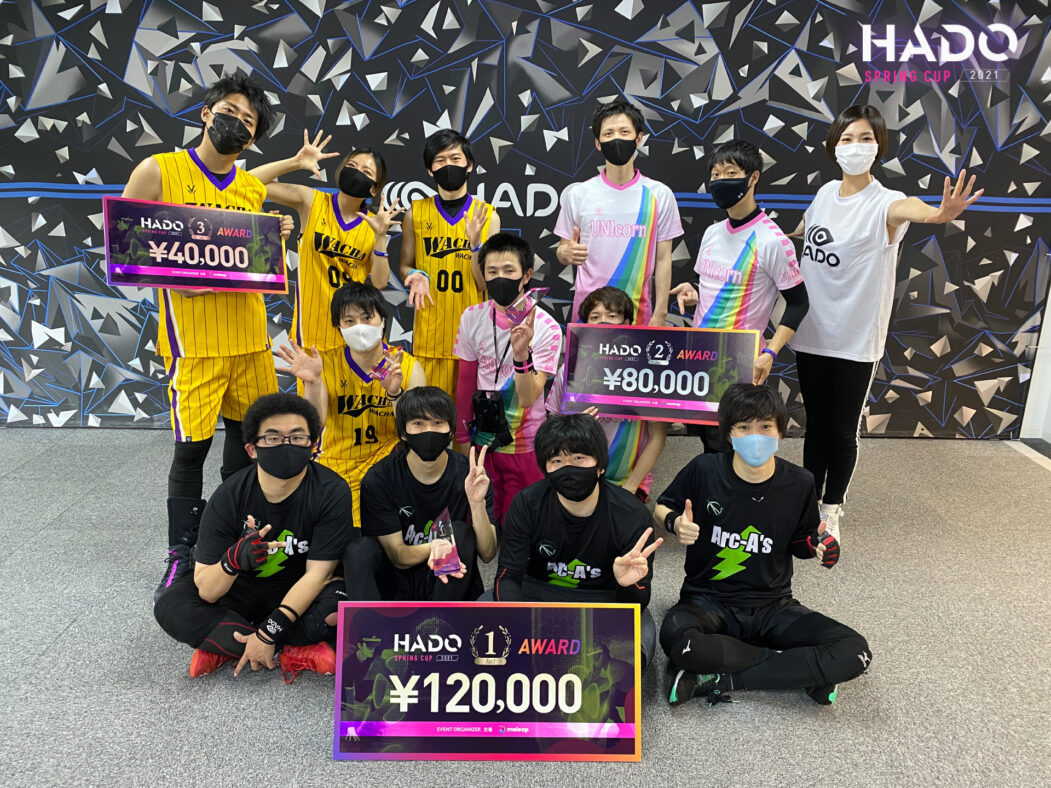 The 3-on-3 championship tournament for HADO SPRING CUP 2021 witnessed the exciting games among eight teams, including the four top-ranked teams in the JAPAN HADO Rankings and the other four teams winning the competition in the preliminary round to earn one of the top four spots. Here are the three teams which took the podium. 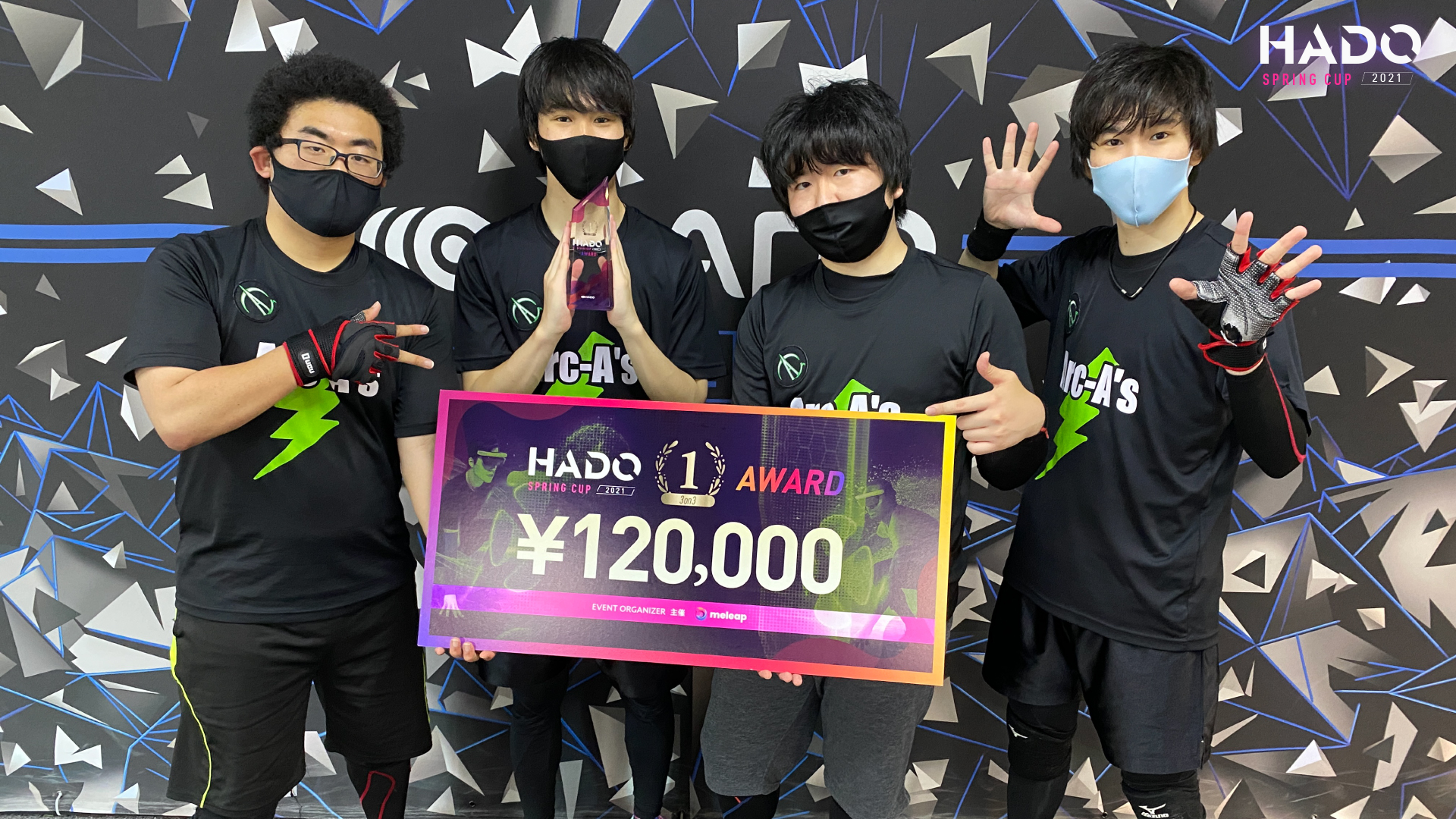 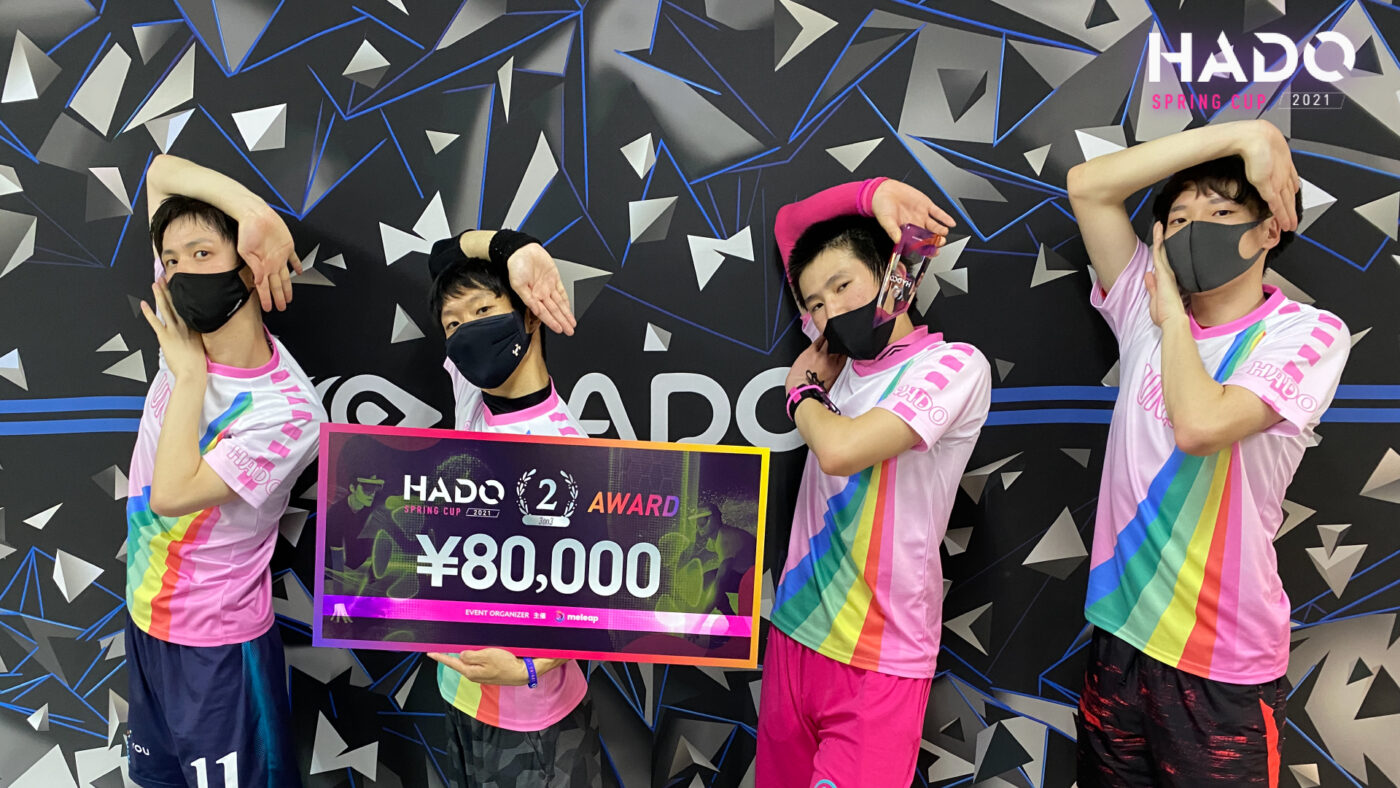 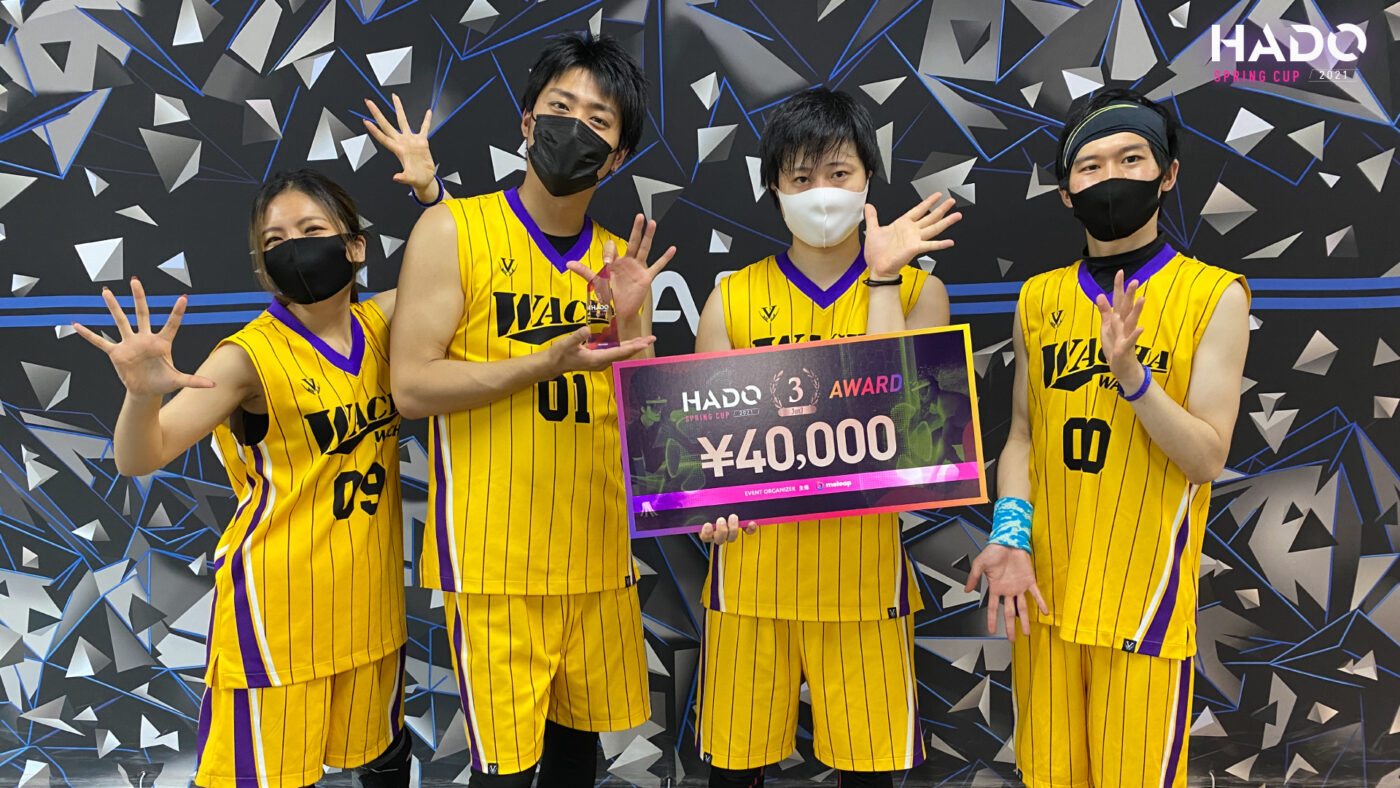 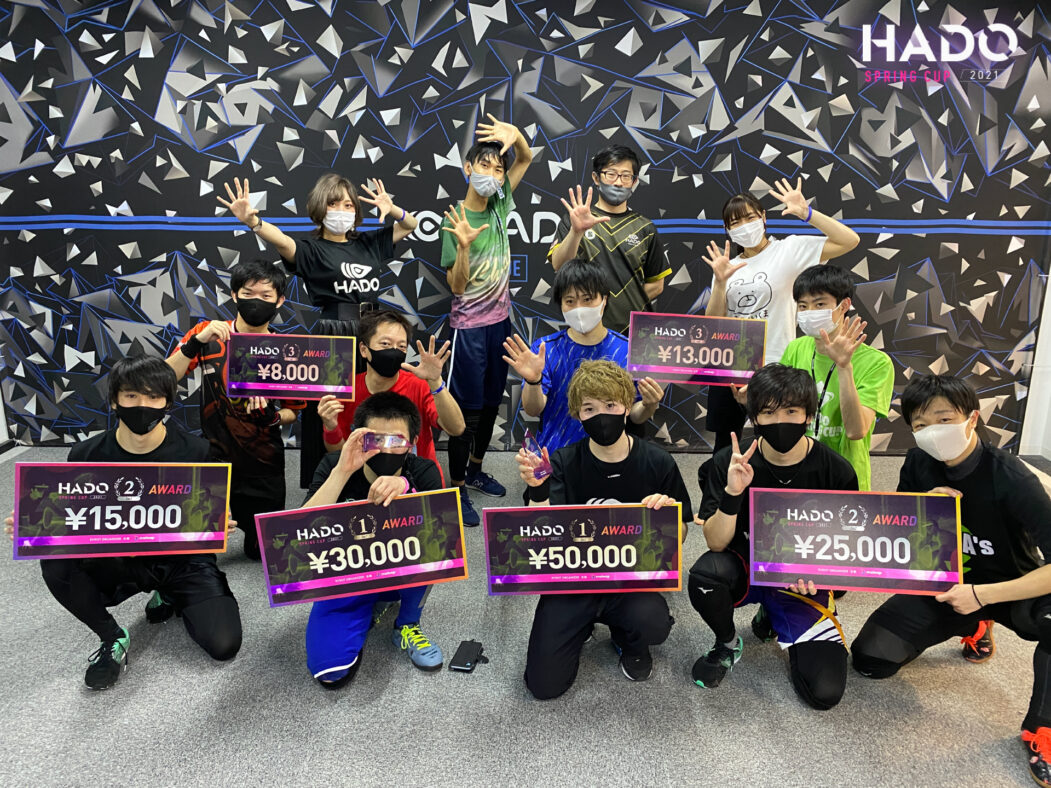 18 teams joined the 2-on-2 tournament to compete against each other in the qualifying round and four of which earned the spot for the final round to determine who deserves the podium.

The preliminary round for 1-on-1 championship was held with 23 players to decide the top four players moving on to the championship tournament. Here are the top three teams/players. 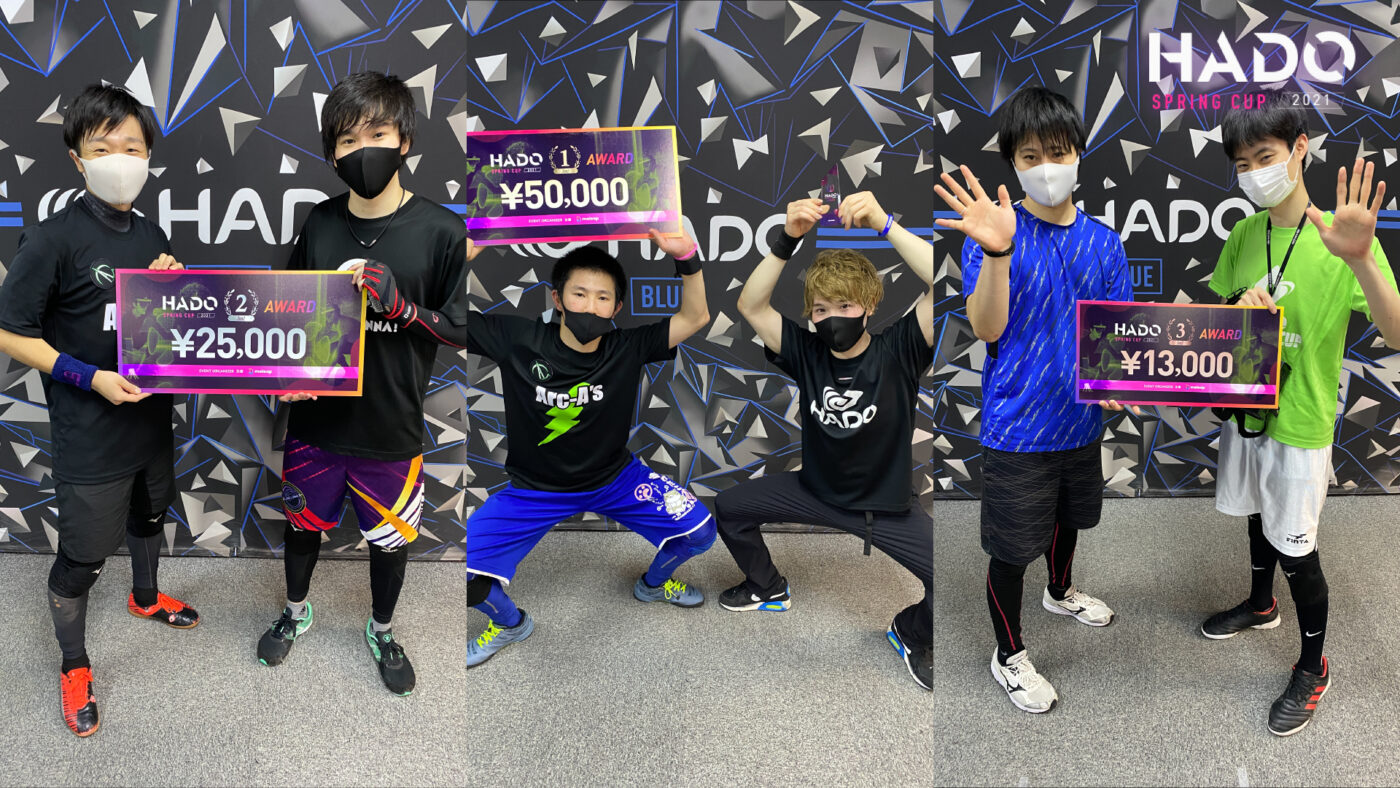 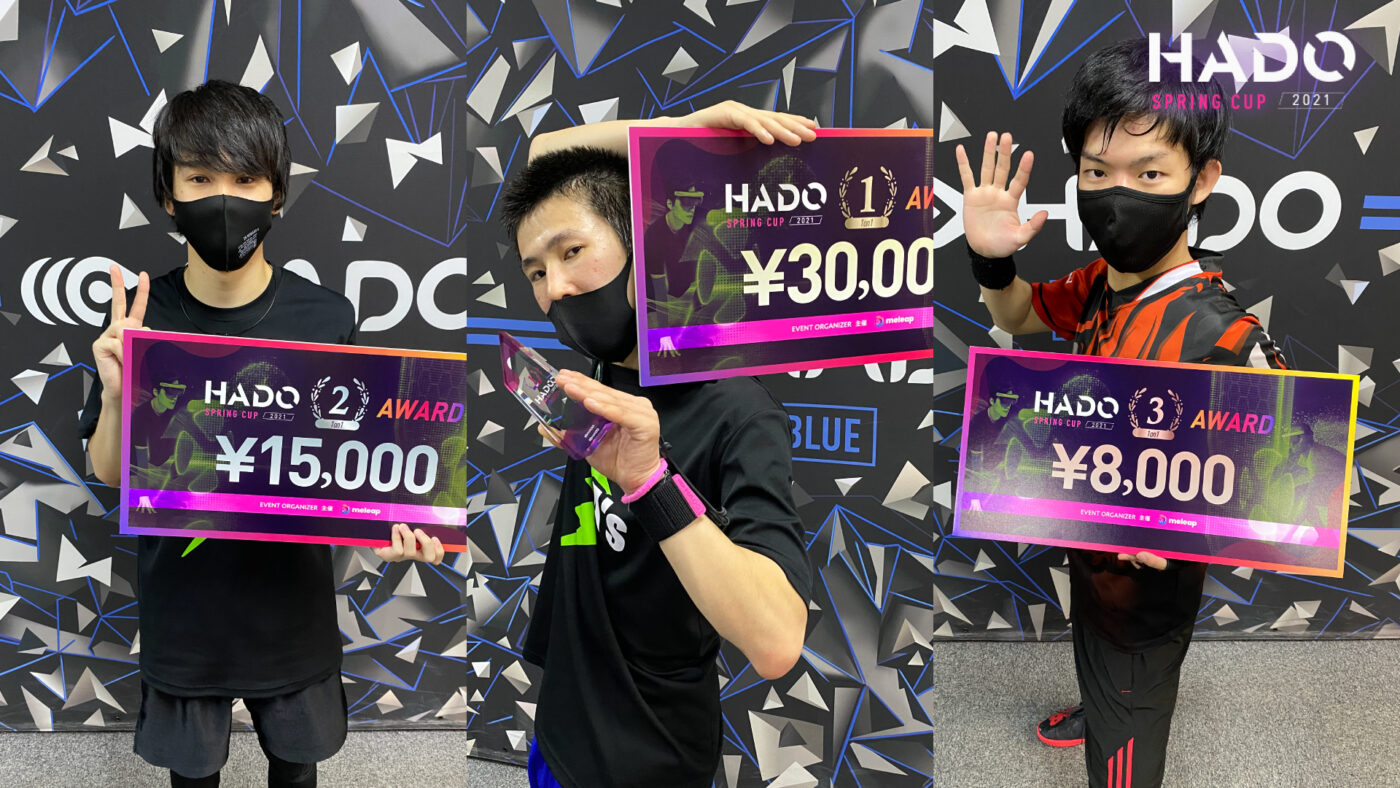