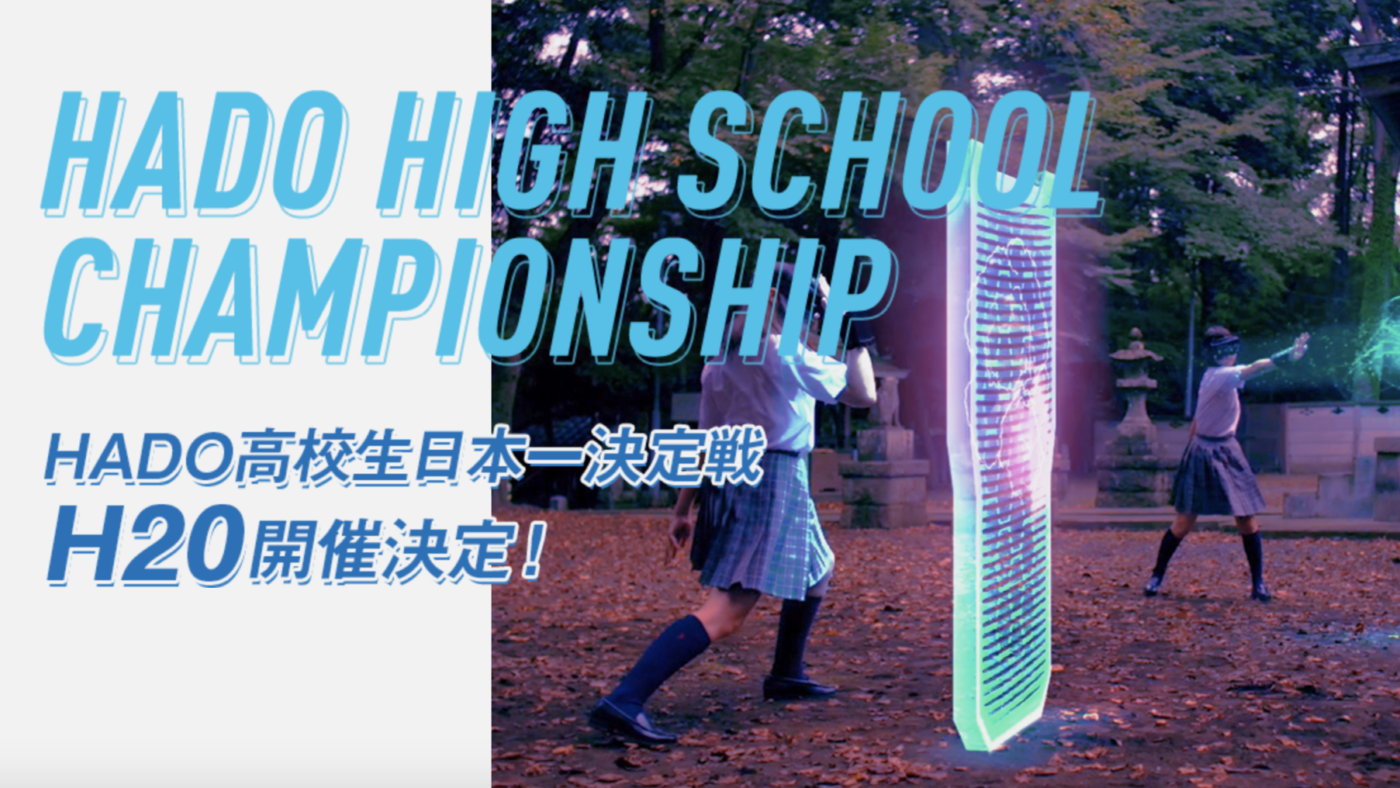 meleap, Inc. and the Japan Sports Union (JeSU) join high schools throughout Japan in what is set to be the largest high school techno sports event ever held. The H20 Japan HADO High School Championship set for 2021 will pit the top five HADO teams from Kanto, Tokai, Kinki and Kyushu against one another to find out which of these 20 high school teams is the best in Japan.

The Japan eSports Union (JeSU) has been accelerating the prevalence of eSports in Japan since its establishment in 2018 by issuing professional licenses and spearheading innovative initiatives to build an even broader player base in professional gaming.

On August 14th and 15th last year, the Stage 0: eSports High-School Championship 2019 demonstrated this astounding growth with the participation of over 4,700 players on 1,780 teams from 1,475 schools throughout Japan. More than 2,800 people attended the event live while 1.36 million people watched the live stream.

・HADO: The Evolution of eSports

HADO takes eSports out of the chair and into a physical realm of competition requiring skill and will on a real-world court. This three-on-three team techno sport uses head-mounted displays and armband sensors to give players the power to raise shields and fire energy balls. The team who takes out more opponents over two 80-second rounds wins.

The augmented Reality (AR) sport of HADO balances physicality and strategy to create a level playing field where athletes can grow. Although deceptively simple on the surface, the depth of play in HADO requires players employ an even greater depth of strategic thinking in every game against experienced rivals through various skill sets, player roles and team formations. HADO has been played by millions worldwide and is quickly becoming a global phenomenon.

In merely three months since establishing a HADO sports club, Fukuoka Daiichi High School has been covered by television news media seven times. This has brought a lot of attention to the potential of HADO as an eSport in high schools, especially after the Fukuoka Daiichi HADO team won their first semi-professional competition at the HADO Beginners Cup #26 held August 2019.

Thanks to the amazing success of techno sports in high schools, meleap Inc., the organization behind the development and operation of HADO, and JeSU are helping propel the techno sport into a national high school championship called H20.

The H20 Japan HADO High School Championship will pit the top five teams from Kanto, Tokai, Kinki and Kyushu against one another to find out who is the best high school techno sports team in Japan.

In preparation for the H20 Japan HADO High School Championship set for 2021, meleap Inc. is hosting several tournament-style HADO techno sports events to offer high schools throughout Japan a chance to experience techno sports and help each form their own HADO sports club.

Kyushu Medical Sports Vocational School and Daiichi Fukuoka High School have already hosted two tournament-style HADO techno sports events on February 15th and 16th for eight other high schools. Participation was free and beginners were encouraged to take part. Both of these events not only raised awareness about techno sports in high schools but also brought enthusiasm, passion and excitement about HADO and technology in sports.