The Perfect Match between HADO and the Vision of Junior High School; HADO Becomes Academic Program to Teach How to Find and Solve Issues

How can we embrace AR(Augmented Reality) technologies in the real world? One junior high school in Tokyo has d […]

How can we embrace AR(Augmented Reality) technologies in the real world?
One junior high school in Tokyo has decided to bring the AR sports HADO into classrooms as an educational program when they provide their students with the opportunities to learn about potential issues in the society and how to tackle them.

“To kick off the project, we gave our students the chance to experience the sport”, said Mr. Koji Yokoyama, a teacher at Shibaura Institute of Technology Junior High School(hereinafter referred to as Shibaura Junior High School).

So, in a world where technologies are evolving at a remarkable pace, how can HADO become effective in the educational field?

Shibaura Institute of Technology has been designated by the Ministry of Education, Culture, Sports, Science and Technology as one of the “Super Global Universities” that are committed to “cultivating and educating future engineers who can play a pivotal role in the global fields”.

Affiliated to the university, Shibaura Junior High School has long attracted juveniles and their parents in Japan. Starting in April 2022, the prominent junior high school has provided the techno sports experience to the 8th graders in the school curriculum called “Shibaura Quest”.

“In developing human resources in science and engineering, we think it’s significant to get students interested in the latest technologies such as AR or VR in the first place. But when it comes to an educational use, it’s not like any AR technologies will work. In that respect, HADO can be of great help for us to realize the vision of the school”, Mr. Yokoyama continues. Here’s what he talked about the school program, why HADO fits perfectly and more in the interview with us: 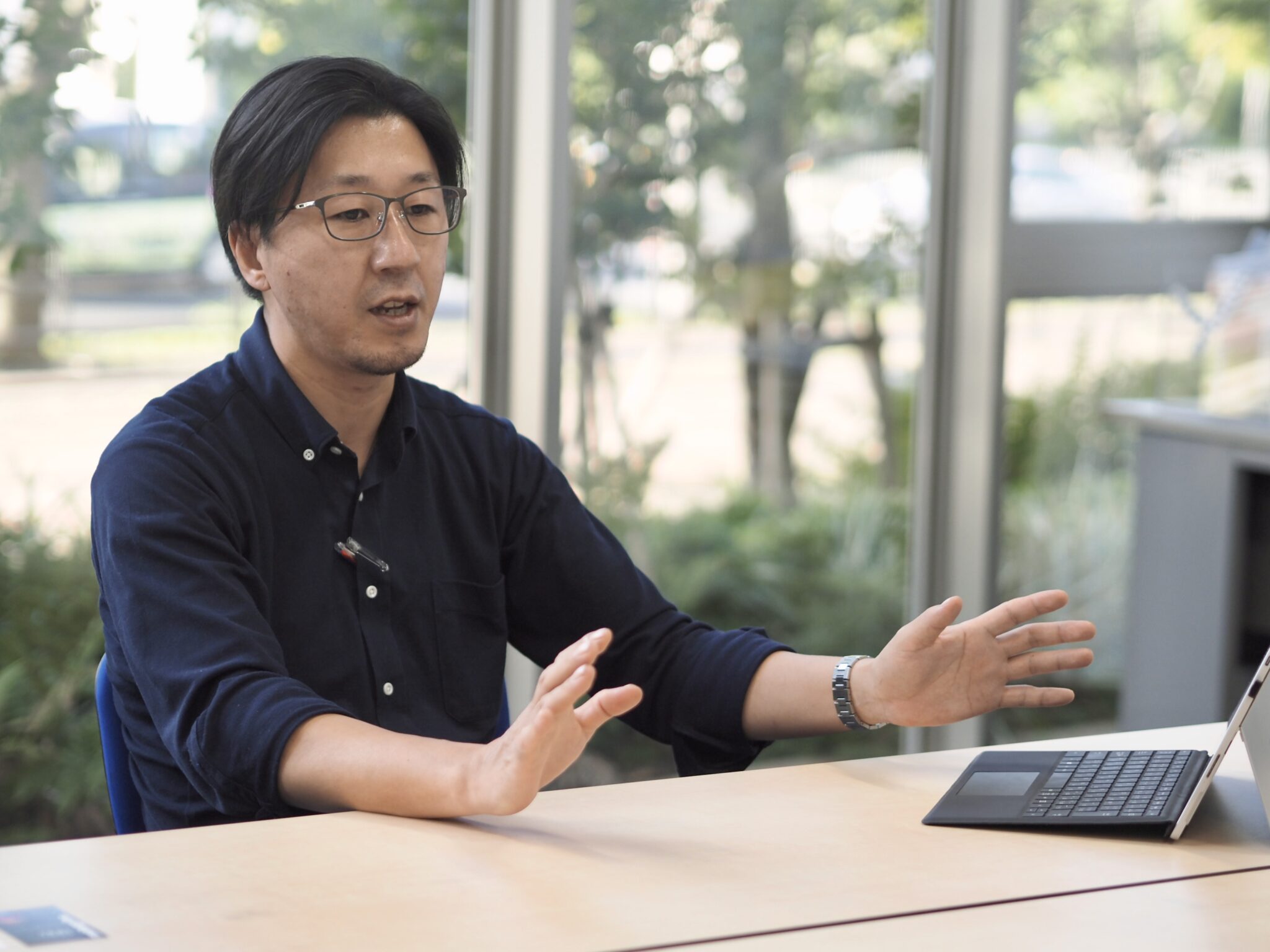 Q.    First, can you tell us about the “Shibaura Quest” program where the students play HADO? What kind of subject is it?
A.    The curriculum focuses on PBL(Problem-Based Learning) that fosters the ability to actively find the problems that determine what they study and to solve them by working in groups to construct their knowledge, which we think is most needed in the coming age. The program includes two disciplines, GC(Global Communication) and  IT(Information Technology), and we apply HADO to the latter one.
Our goal is to cultivate future experts who gain mastery of the technology contents that become a solution to social issues around the world. So, we offer many opportunities to the students to access as many types of IT tools as possible.

Q.    What other IT tools do you use for the program?
A.    In the learning environment, the students are given the chance to explore the latest technologies such as Scratch, a programming language, to control a drone, 3D CAD and 3D printers for making objects, a physics simulation software, as well as a data science tool. As moving up to the next grade, the students are required to realize the ideas with the technologies they learned about, and create solutions in the design thinking approach, not just having fun in the class. 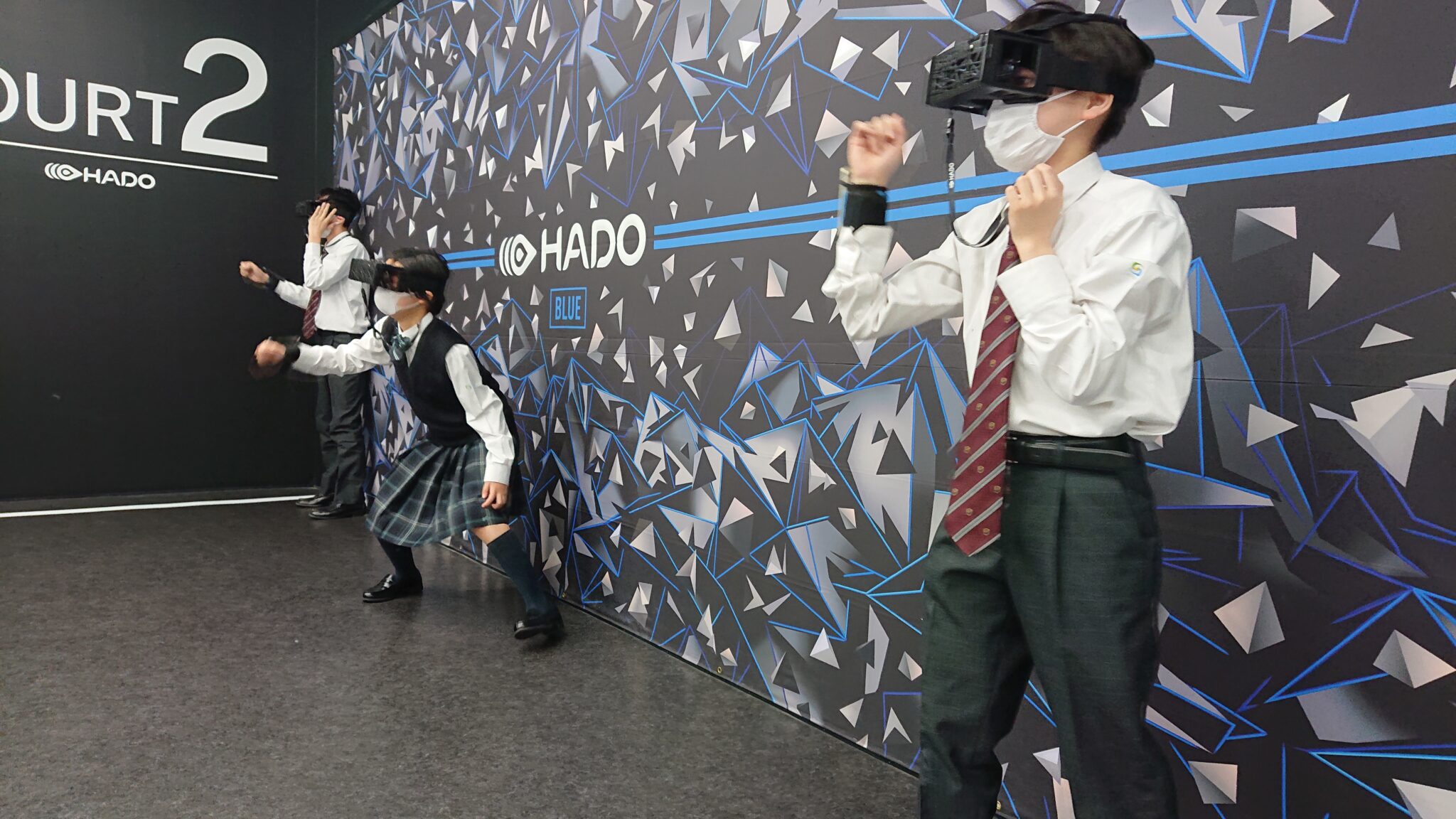 Q.    What motivated you to choose HADO, not the other AR technologies?
A.    In the process of making a choice, we tried another AR technology with a strong emphasis on entertainment, but the heavy devices and overly entertaining content didn’t fit our needs unfortunately. On the other hand, HADO is a simple sport to begin with. Players only strap on head-mounted displays and armband sensors with smartphones to leveledge their skills on a real-world court with AR technologies as if by magic. That really sparks intellectual curiosity in the students to make them wonder– “what’s going on?” or “How does it work?”. Above all, it’s just so cool, isn’t it? I’m sure we, the teachers, were the ones who first became fascinated with the whole new experience the techno sport can deliver. 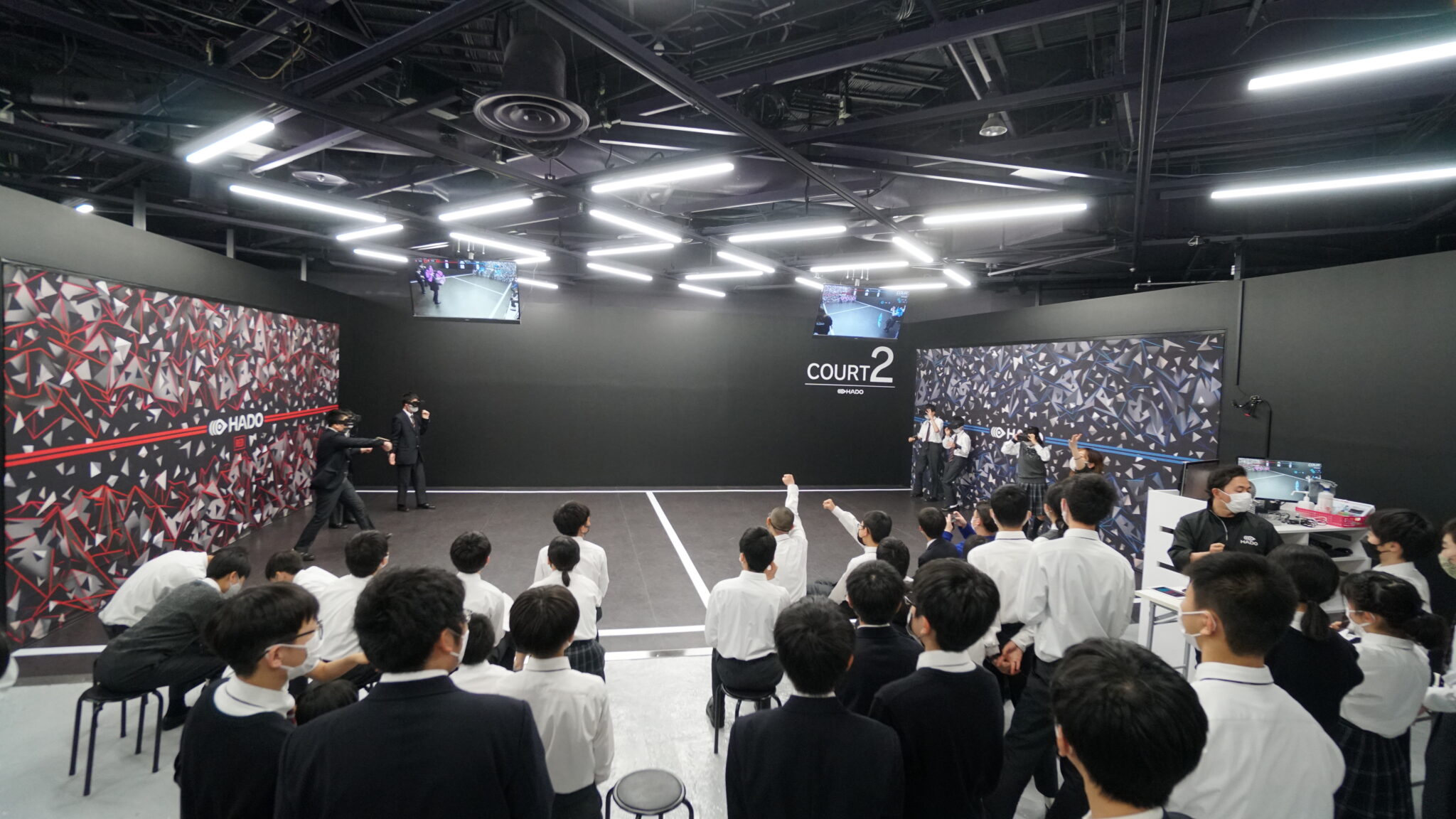 During the trial, students began learning more actively than we had expected

Q.    How did the students react when they first experienced HADO?
A.    On the day of the event, 80 students in each class of the two, one in the morning and the other in the afternoon, were given a two-hour trial lesson at the HADO ARENA Odaiba. The students seemed very interested in HADO even before the trial, and more than half of them studied the sport to prepare themselves before the event. However, before the lesson, we were afraid that there would be a certain number of students who did not want to join or were not very interested, but all of them got into the game, playing it hard and cheering for their friends, and both boys and girls seemed to enjoy it very much.  At the end of the day, we held a teachers-vs-students game, and it was a blast!

Q.    Can you see any growth in the students after the lesson?
A.    They especially showed interest in how HADO works, asking questions like how it gains accurate locations of players, or whether it uses gyro sensors (devices that sense angular velocity). Some of the students were eagerly taking notes and asking advanced questions to the staff. In the classroom, they are usually being passive, but we can see certain growth in them actively learning and asking questions. After the class, specific ideas on how to utilize the technology– “It’s likely that this kind of problem can be solved with AR technologies”, “It can make school tours more convenient” –came from the students. 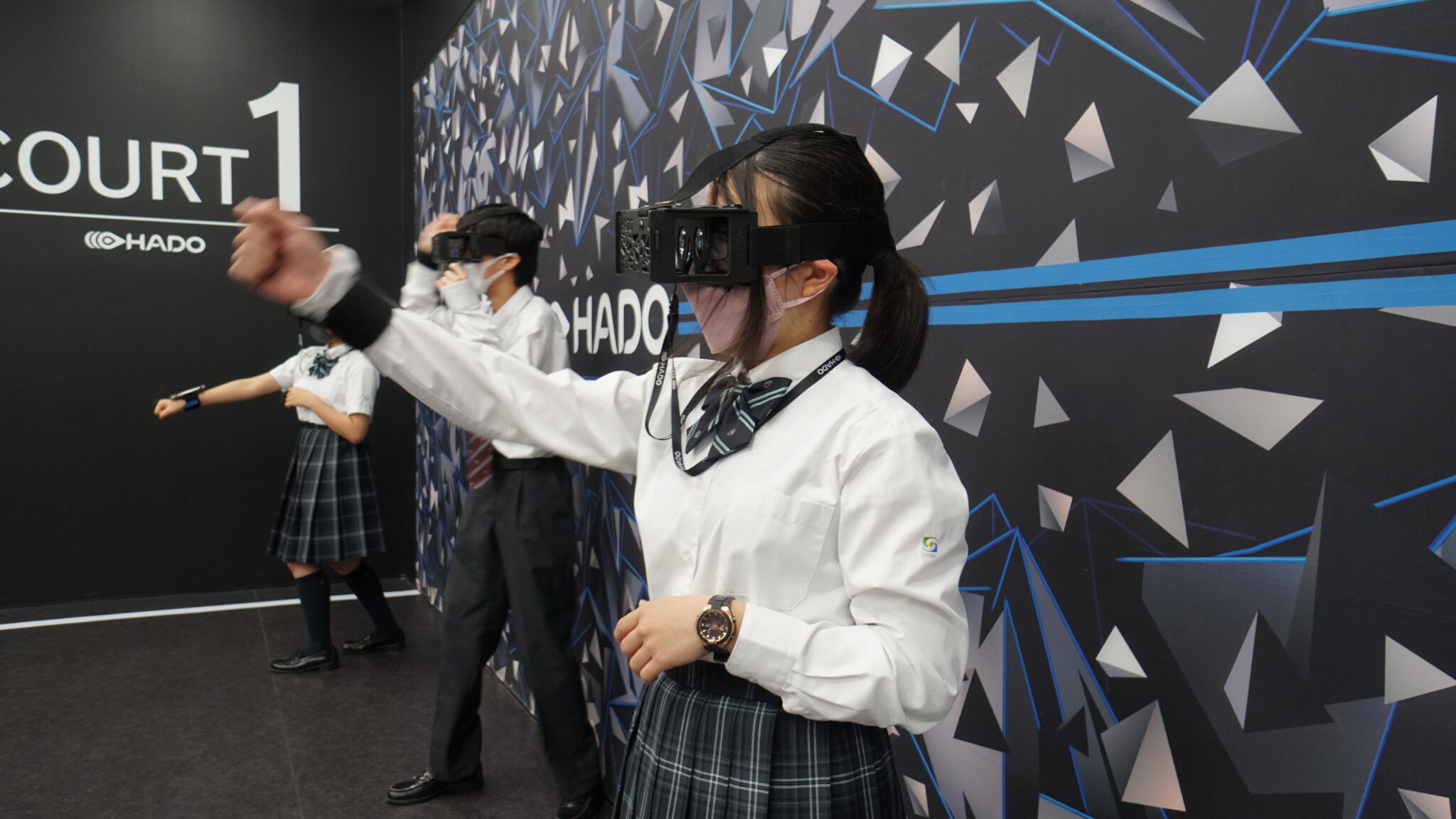 Q.    Is there anything you think you should have done when bringing HADO into classrooms?
A.    The fun and excitement aspect of HADO as a team sport is something we missed to deliver to the students; we focused on the technology side of the sport too much. Strategies and teamwork are the key elements in HADO, so the students playing in a tournament or competing based on the strategies they built are what we want to see next. To embrace the cutting-edge technologies in the classroom, we teachers are learning new things every day as we develop the curriculum based on the reaction and feedback from the students to maximize the outcome of the class. Shibaura Institute of Technology has also adopted the techno sport as part of the P.E. curriculum this year, so we are planning to join the class at the college next year and beyond. 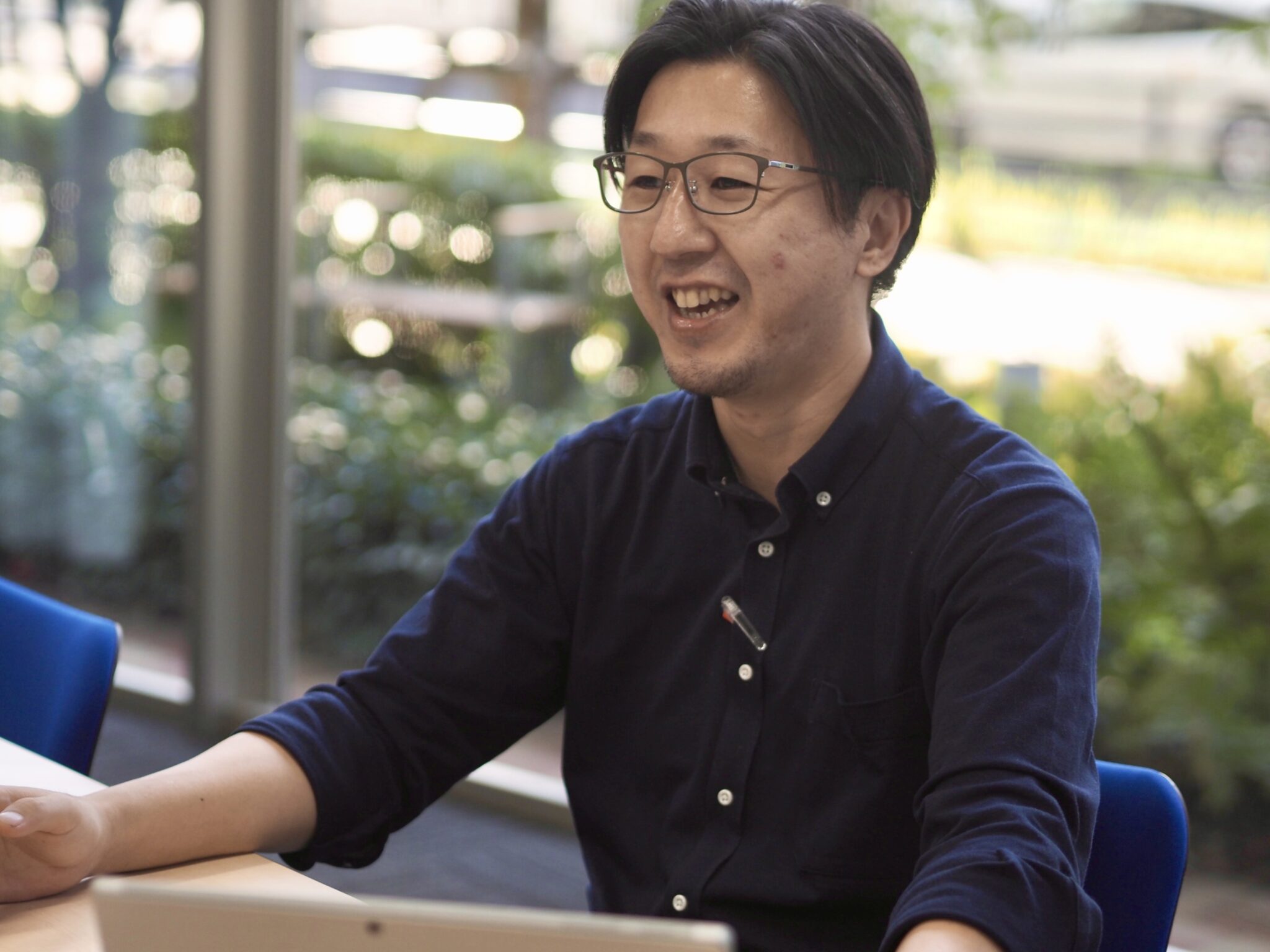 Q.    What areas in HADO do you think attract teachers the most?
A.    HADO can be a very effective tool in the field of education, because it’s not all about entertainment. Depending on what you want to teach– technology, teamwork, or communication skills– you can tailor the teaching approach to your needs and objectives of the classes, and so it’s quite easy to introduce it as an educational tool. In the near future, the boundaries between humanities and science to study will become vague, I believe. When the time comes, anyone can’t ignore the importance of learning technologies at schools and colleges.

Q.    Lastly, can you tell us about your expectations about HADO in the future?
A.    It would be interesting to see HADO as a sports club at junior high or high schools, or national tournaments exclusively held for students. I hope that HADO will increase in popularity among all generations to that extent.

Shibaura high school has also introduced HADO in the program that teaches technologies and their connections to the real world. A professor from Shibaura Institute of Technology also gives the students lectures on AR and VR. In fact, these high school-college collaborative programs have attracted a majority of the students. HADO can provide the unique value that can match the vision for teaching in each school, so I hope that the number of schools and academies that start the techno sport will grow to drive the development of high performing in each field.