Arc-A’s Defends a Championship at the HADO JAPAN CUP 2021! 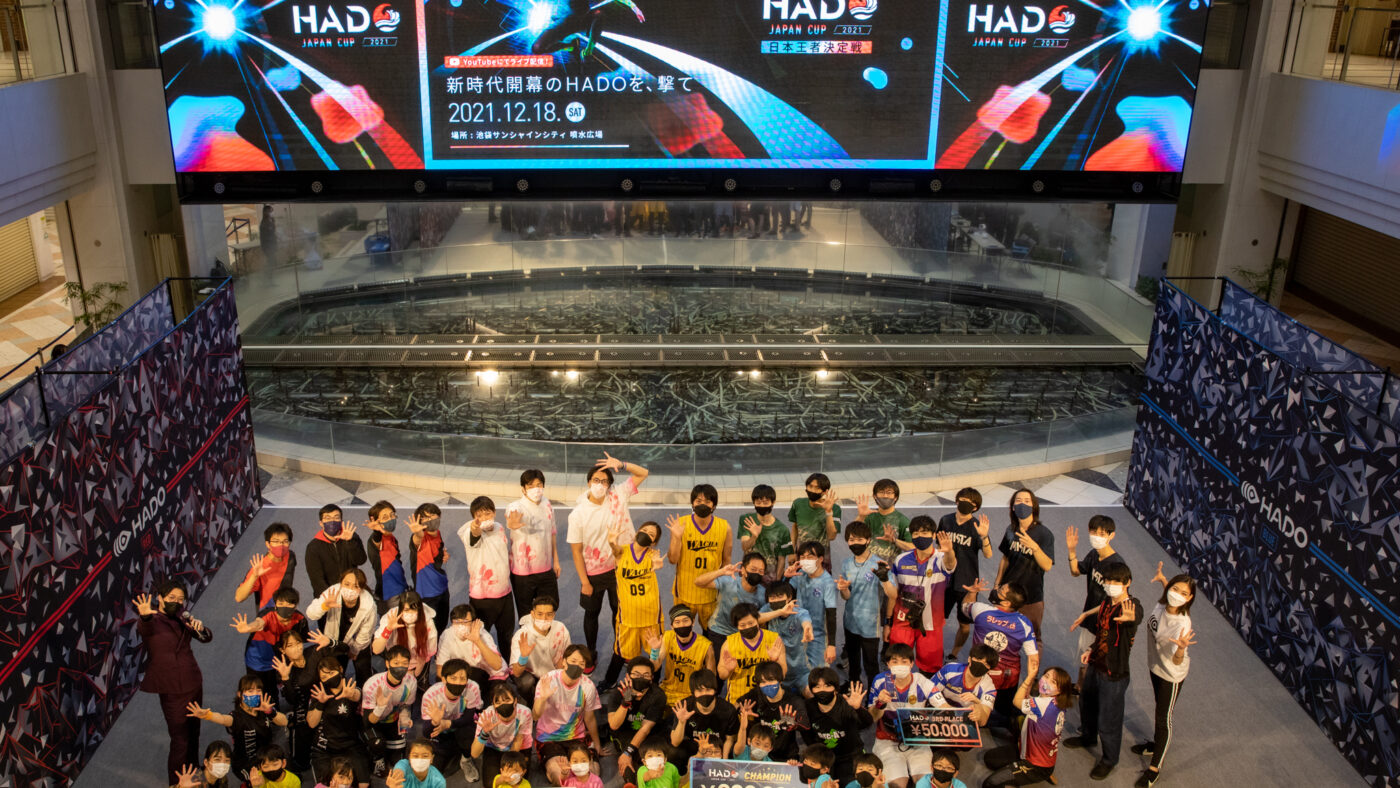 This year’s climax season for HADO wound up with the fierce battles and exceptional performances at the HADO JAPAN CUP 2021 held at the fountain square in the Ikebukuro SunShine City on Saturday, December 18, 2021!

Under the intense pressure from other Japan’s top-tier teams, Arc-A’s topping the HADO Japan Rankings won the two consecutive titles as the best team in techno sports in Japan.

The grand slam tournament took the form of an all-Japan tournament just as last year when the world was grappling with more severe pandemic. The total of ten teams including the four top-ranked teams along with the ones qualifying at the preliminary rounds competed at the championship tournament.

The fountain square has an astonishing four-story ceiling and is famous for hosting various types of high-profile events. On the day of the event, not only did the expansive indoor spaces draw much attention from passersby, they also allowed many HADO fans and spectators to watch the games to cheer for their favorites from each level looking down the venue. 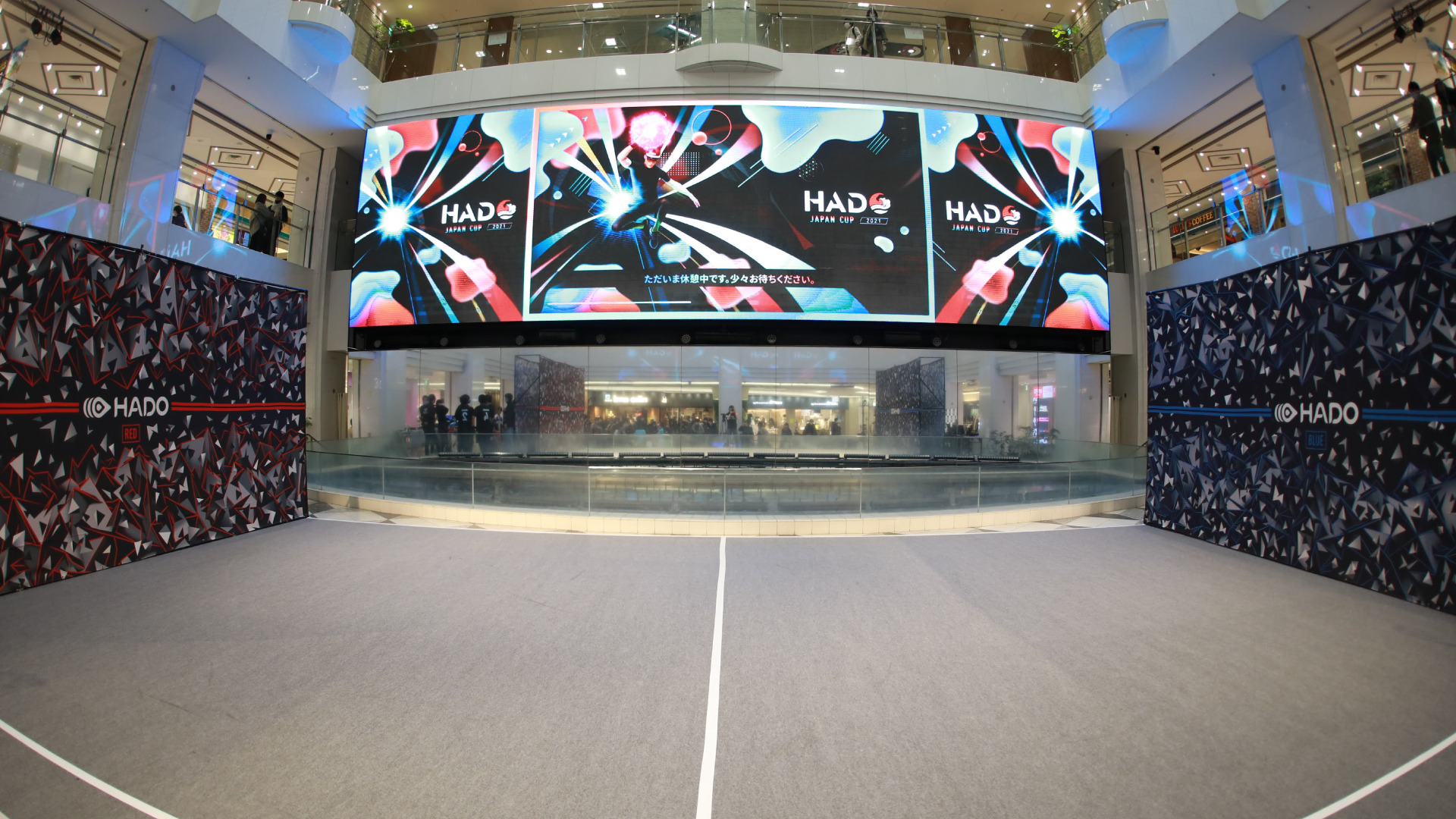 The four teams topping the HADO Japan Rankings along with the six teams beating out the competitions at the preliminary rounds held in November battled it out on the court at the championship tournament. 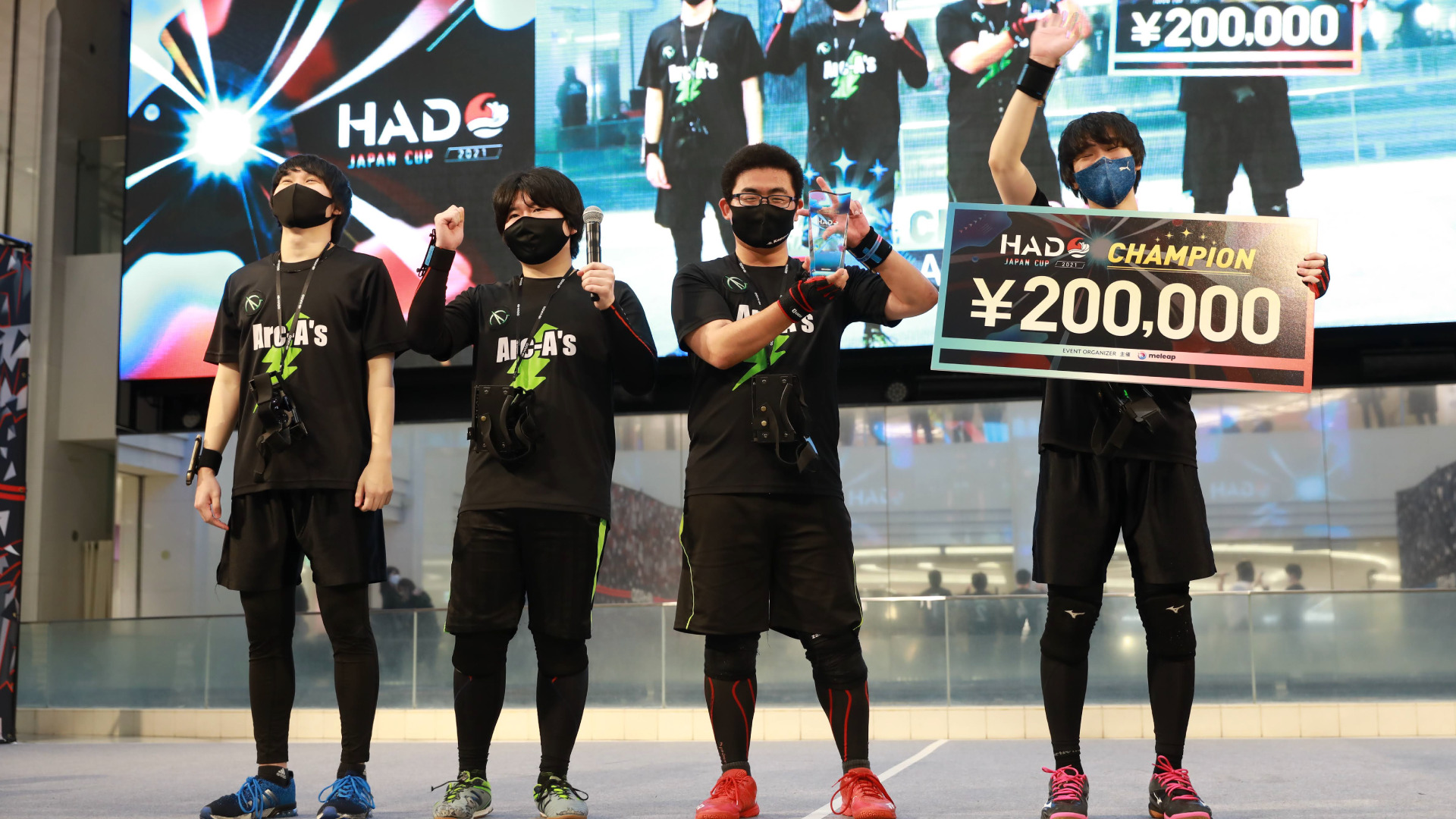 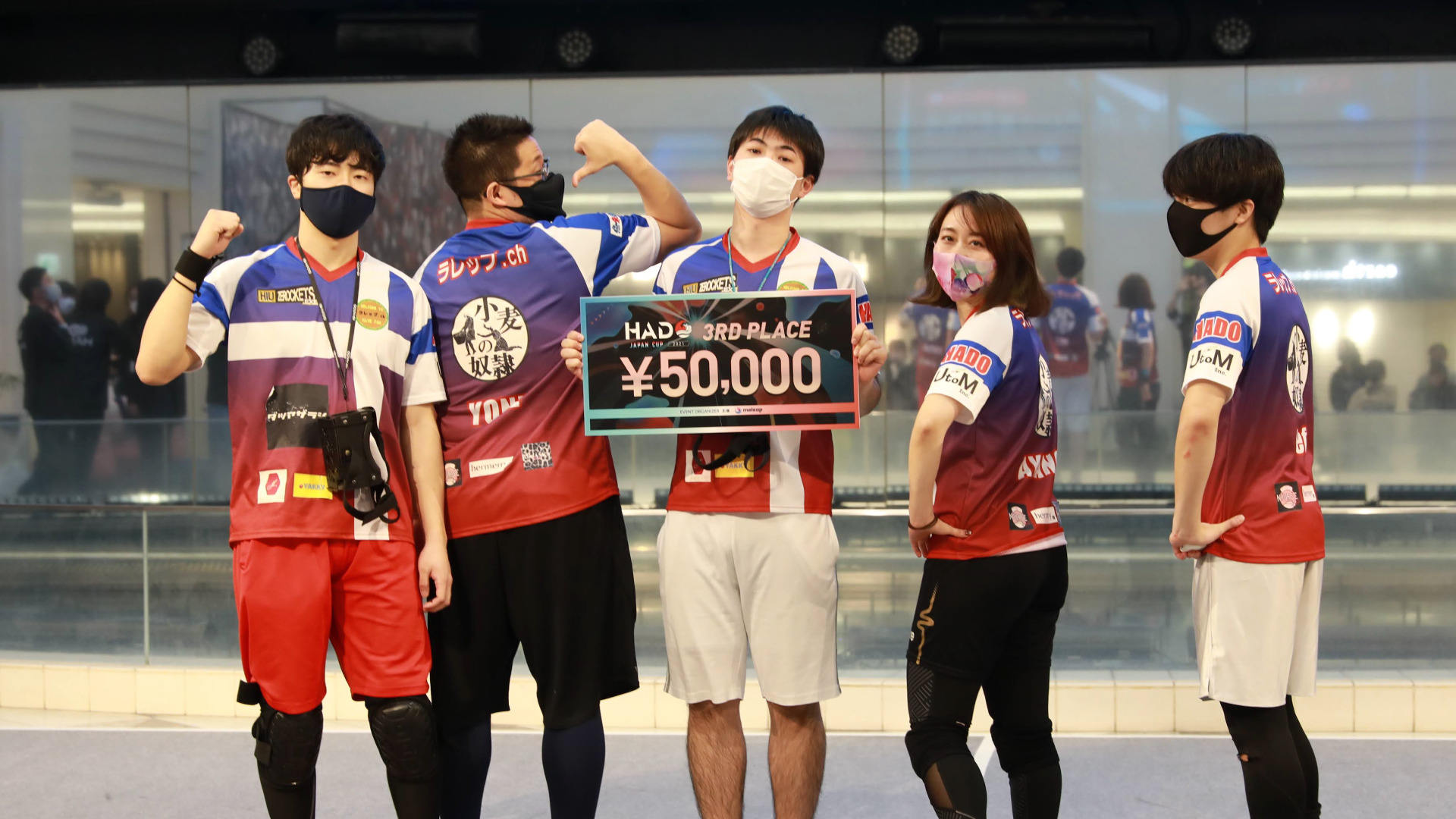 Ten teams were divided into two groups to compete against each other in a round-robin competition to determine the top two of each group moving on to the final round.

The tournament witnessed fierce, action-packed techno sports battles especially among the teams in the second group. All teams finished even with 2 wins and 2 losses, and two teams narrowly won on goal differential to earn their spot to compete at the finale.

After the intense matchups, four teams including the three of the four seeded teams won the tickets into the championship round.

The finale was packed with offensive and defensive ingenuity just as the competitions at the preliminaries. The world-class HADO teams fought their way to the podium and one of those was the defending champion Arc-A’s who made it clear that they are the best of the best in the ever-evolving techno sports in Japan.

Four junior teams from the HADO Academy Hibiya Junior School hit the courts for the new junior tournament which began at the Japan cup. Not only the spectators but also the world-class players were astonished by their outstanding skills and performances.

Venue: The fountain Square in the Ikebukuro SunShine City

The second half of the HADO JAPAN CUP 2021 (from ninth game of the group 1 in the preliminaries)
https://youtu.be/LGncdUF71ng