meleap, Inc began the launch of its HADO ARENA venture in the fall of 2020 opening HADO ARENA HIBIYA (Tokyo) as its first franchise. Thus far, this business has continued to expand as HADO ARENA AQERU MAEBASHI (Gunma) opened as the second and HADO ARENA CARINO KIKUYO (Kumamoto) as the third franchise in Japan.

As the developer and operator of HADO, meleap, Inc has employed a trail-and-error approach over the last six months to accumulate as much knowledge and expertise as possible to evolve this venture further into clearly successful business model.

As HADO ARENAs provide courts exclusively for HADO as a competitive techno sport, meleap, Inc. sets specific requirements to ensure both quality and business success of each franchise. Our goal is to encourage everyone who walks through the door for the first time to not only play but become a HADO athlete or fan. 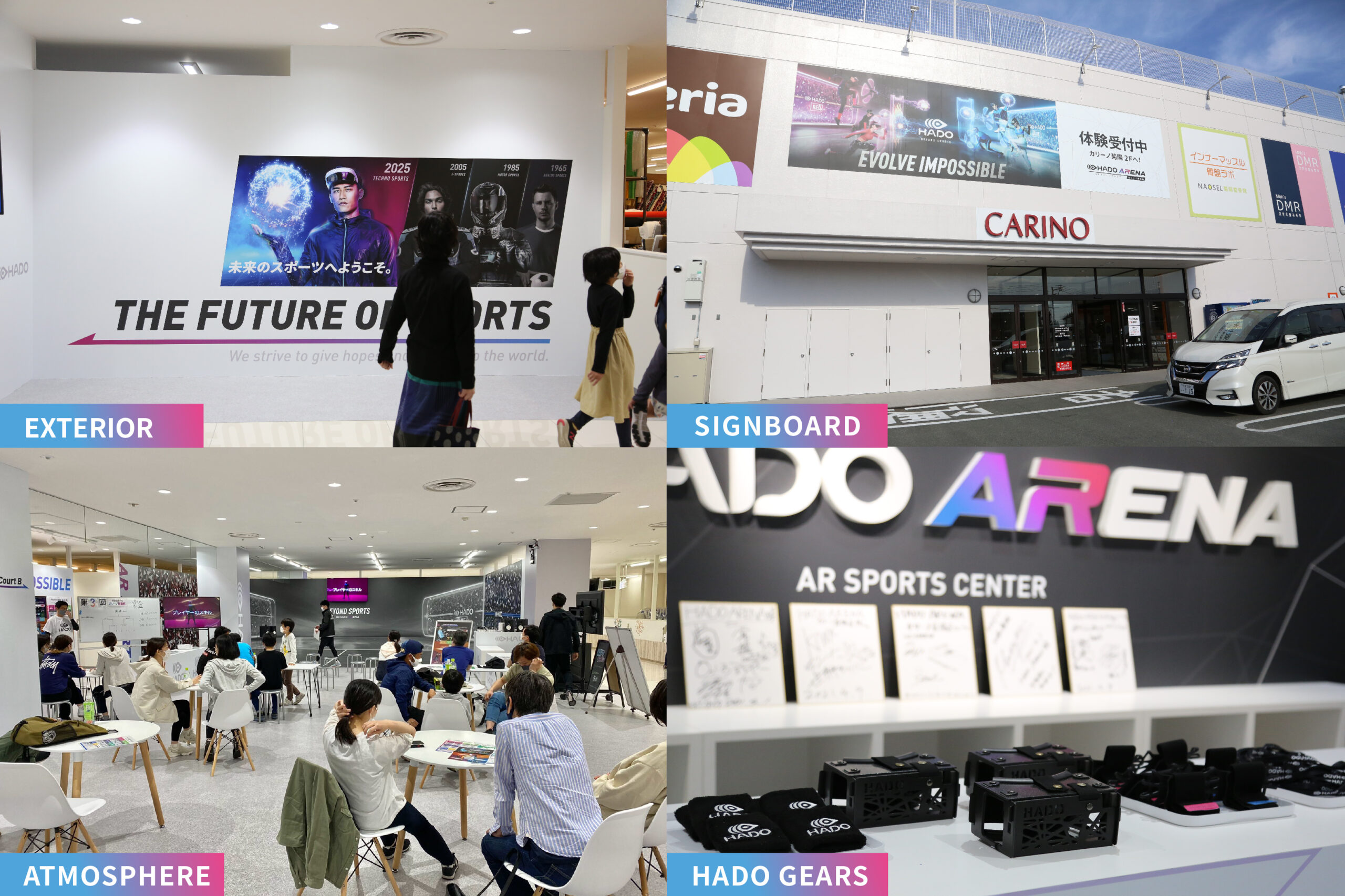 The most distinct feature of HADO AREA is the by reservation only system which gives players a techno sports instructor with every reservation. We require these instructors have the skill to provide training programs which help players quickly become proficient at HADO and facilitate court time so that every group has fun. Instructors with these capabilities have proven to drastically heighten customer satisfaction. 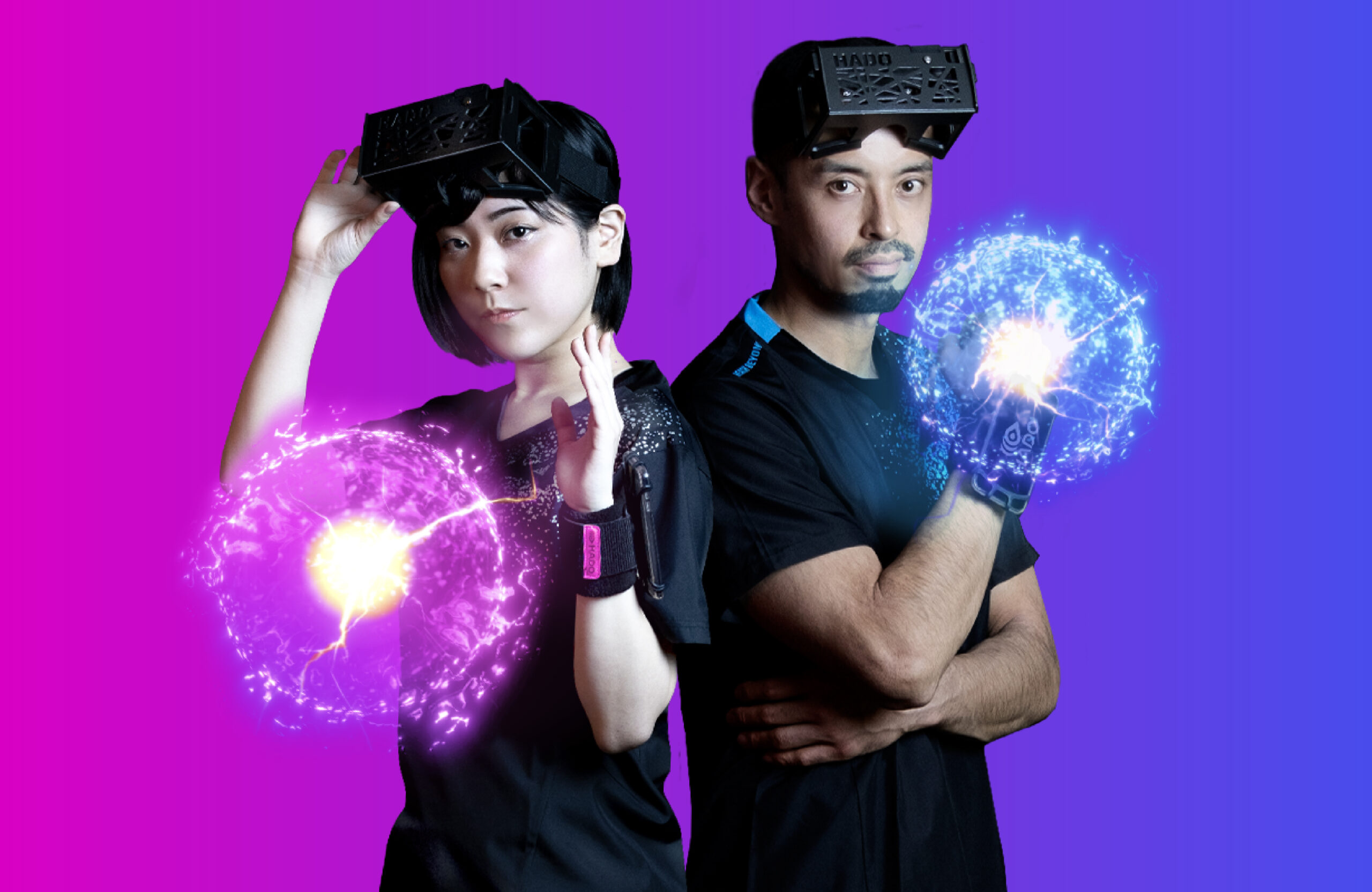 To ensure the most accessible platform possible, our HADO ARENA franchises have adopted the LINE app used by 80% of people in the Japan market for this reservation system. Compared to conventional online reservation systems, LINE streamlines the reservation process. Simply scan a QR code, add the official HADO LINE account, select the desired course (beginner to expert), choose a date, and press the confirmation button to complete the reservation. In the near future, we also plan to introduce the LINE Pay smart wallet service for even greater ease from reservation through payment. 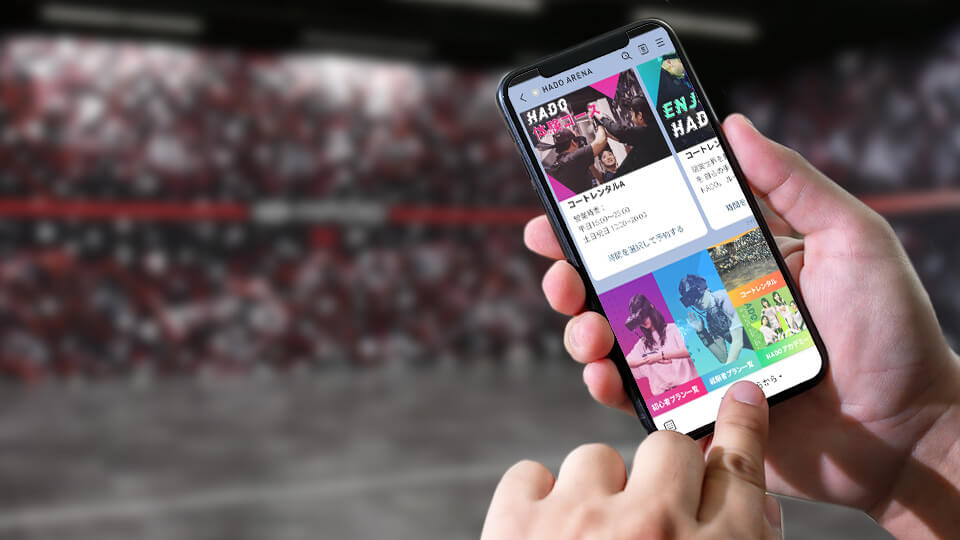 The concept behind HADO ARENA differs from our other permanent locations. HADO is not simply a game but a full-fledge sport. HADO ARENAs strongly reaffirm HADO’s position as an amateur and professional techno sport. Unlike standard amusement facilities, HADO ARENAs will not offer entry tickets or coin and shooting games. Athletes now reserve by the hour to hit the court together with one of our expert instructors per their selected course. HADO ARENAS do not treat HADO as a product or game to be sold but a sport to be experienced.

We believe the joy found in HADO techno sports is employing strategic teamwork of players freely moving around a court in a physical activity which makes you sweat. Through this by reservation only system, players always come prepared and ready to play. After getting changed in a HADO ARENA locker room, players can take to the court to give it their all in a high-quality sports experience. HADO ARENAs will soon offer equipment rentals with everyone someone needs to play from t-shirts and towels to athletic shoes.

In addition to training for newcomers, HADO ARENAs will regularly hold HADO Academy adult and youth techno sports clinics to enhance player skills. Under the guidance of expert instructors, players not only learn the physical skills they need but also the offensive and defensive strategies to be competitive on the court.

HADO Arenas will also host competitive events in which everyone can participate whether new to the sport or a long-time veteran. These tournaments will deepen the bond between players and vitalize the techno sports community. Competition instills a motivation in players to get better, which encourages active and ongoing use of HADO ARENAs.

HADO Arenas will also host competitive events in which everyone can participate whether new to the sport or a long-time veteran. These tournaments will deepen the bond between players and vitalize the techno sports community. Competition instills a motivation in players to get better, which encourages active and ongoing use of HADO ARENAs. 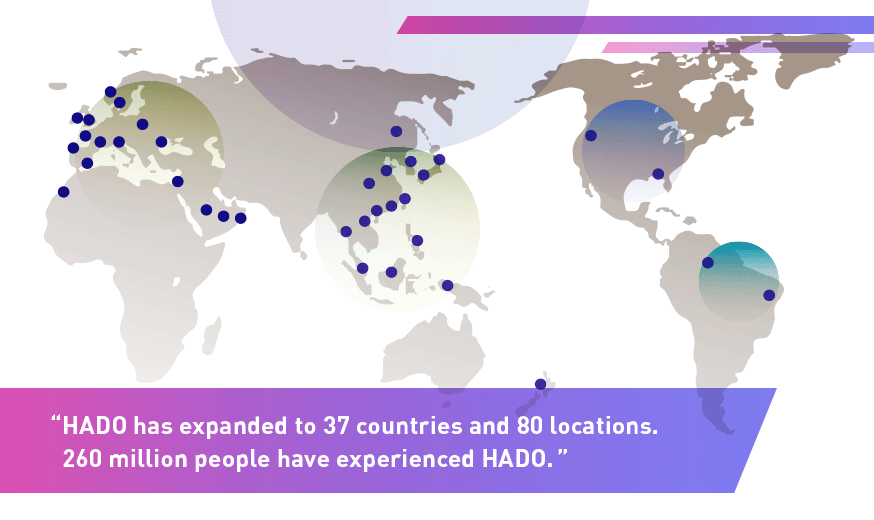 Give hopes and dreams to the world through techno sports! ROCK THE WORLD! Please see the link below to learn more about HADO ARENA franchises↓
https://hado-official.com/en/business_arena