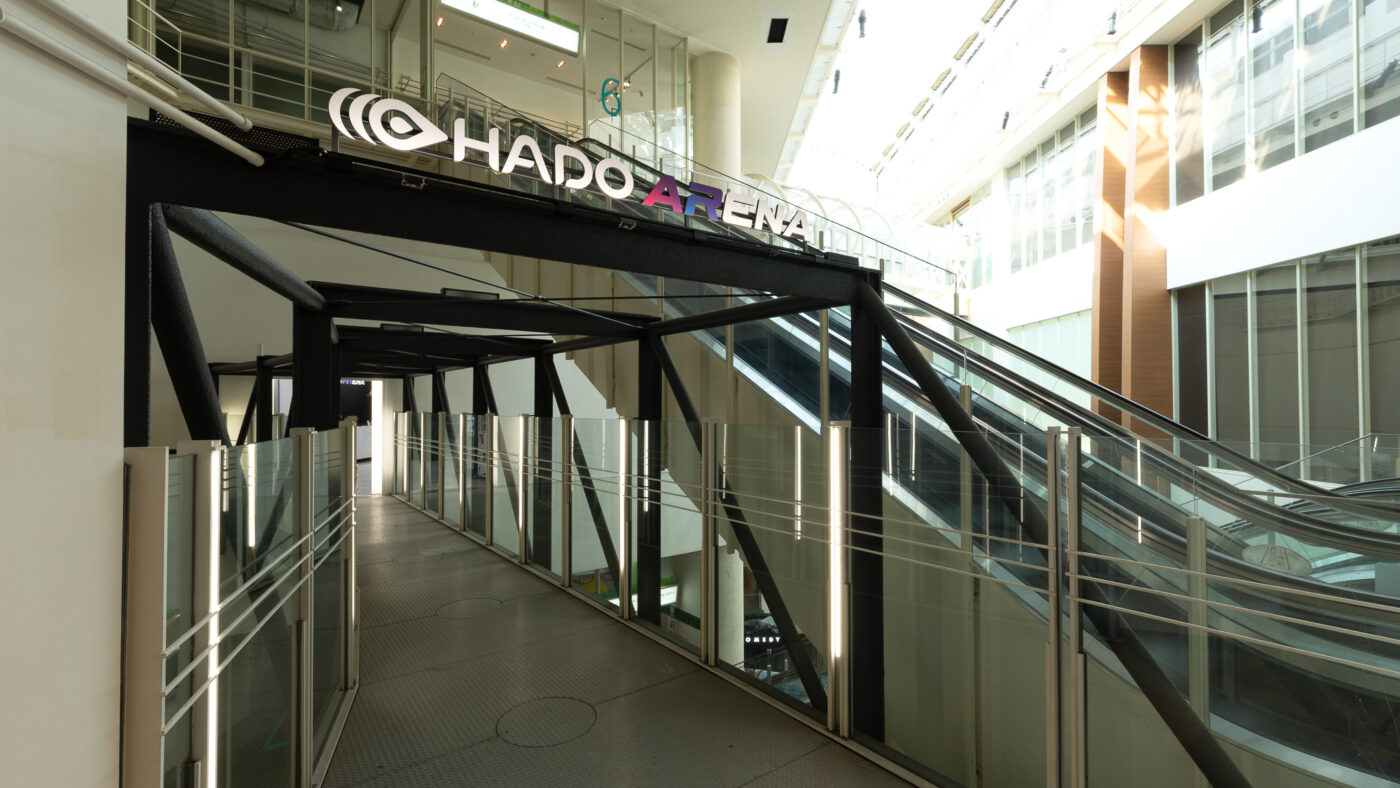 As featured and praised by hundreds of media outlets, AR sport HADO has globally become the talk of the town t […]

As featured and praised by hundreds of media outlets, AR sport HADO has globally become the talk of the town to open a new global flagship store inside the Tokyo! The latest AR activity spot in the ultramodern area on Tokyo Bay will attract everyone who wants to get a taste of an unprecedented sense of excitement of AR sport! 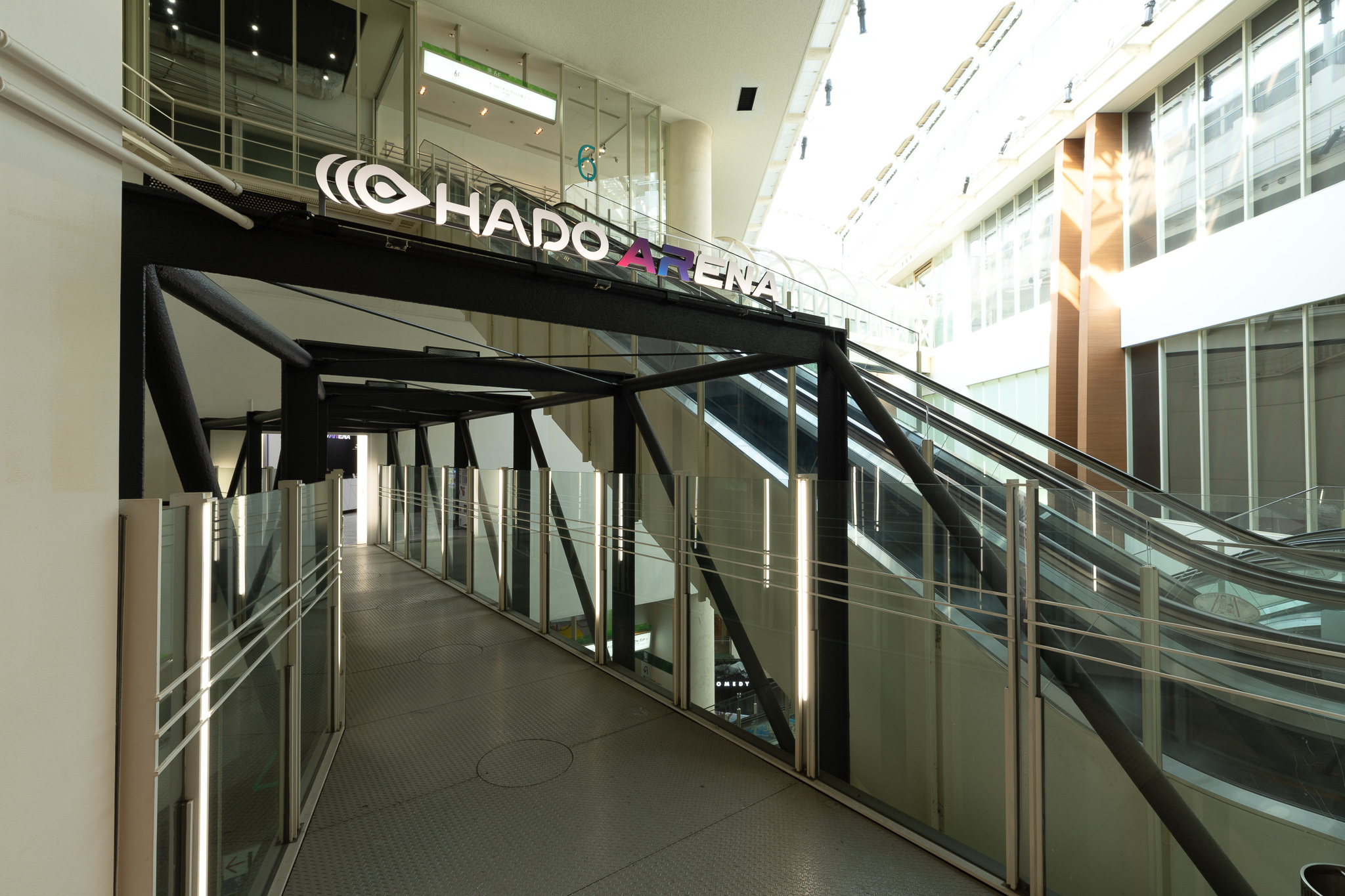 The facility gradually opens until its grand opening on Sunday, April 23, 2022. 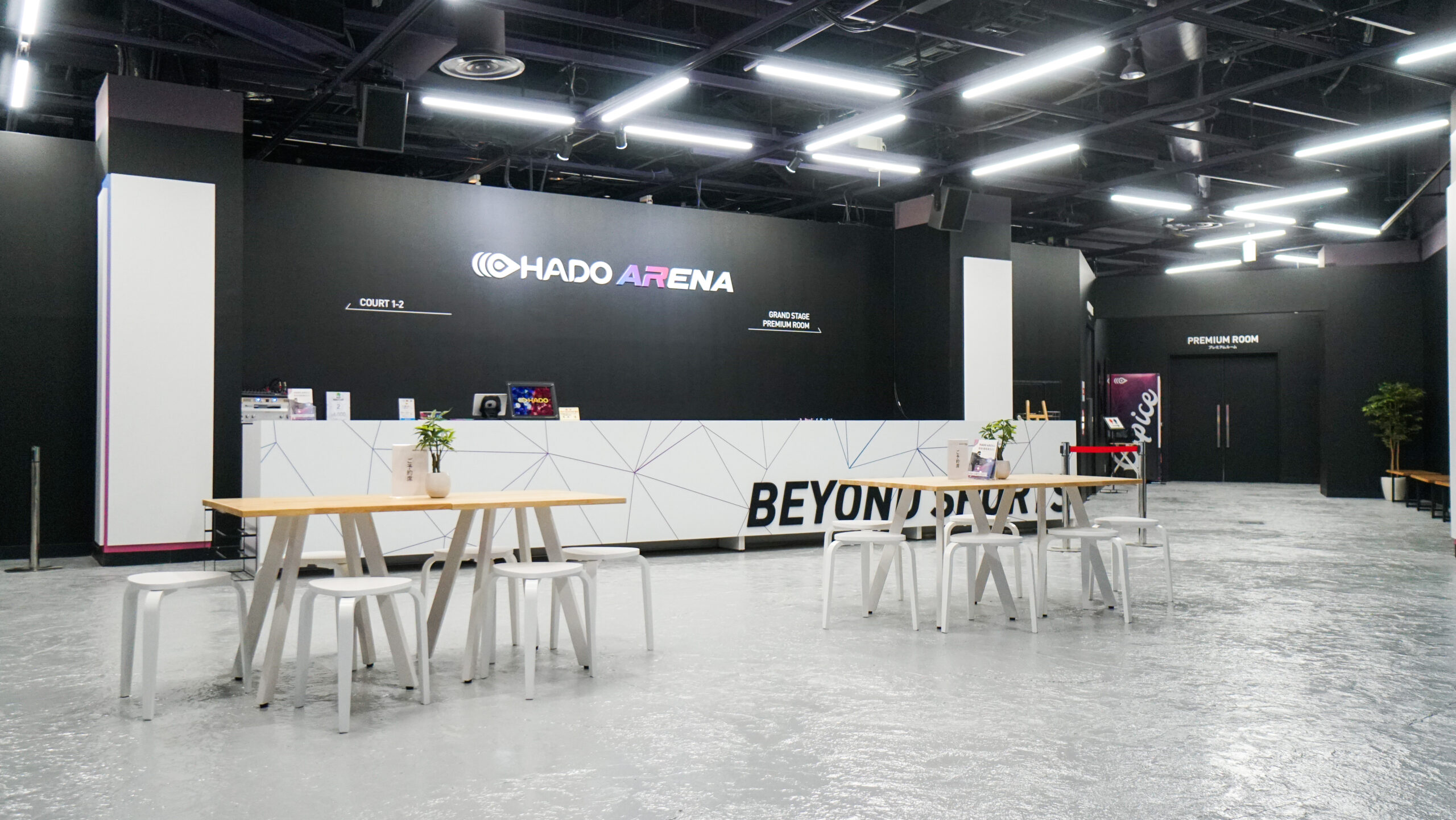 Among them all, HADO ARENA Odaiba will act as a new global flagship store providing the perfect place for both the players who want to experience the latest trends as well as serious players looking for a chance to hone their techno sports skills. 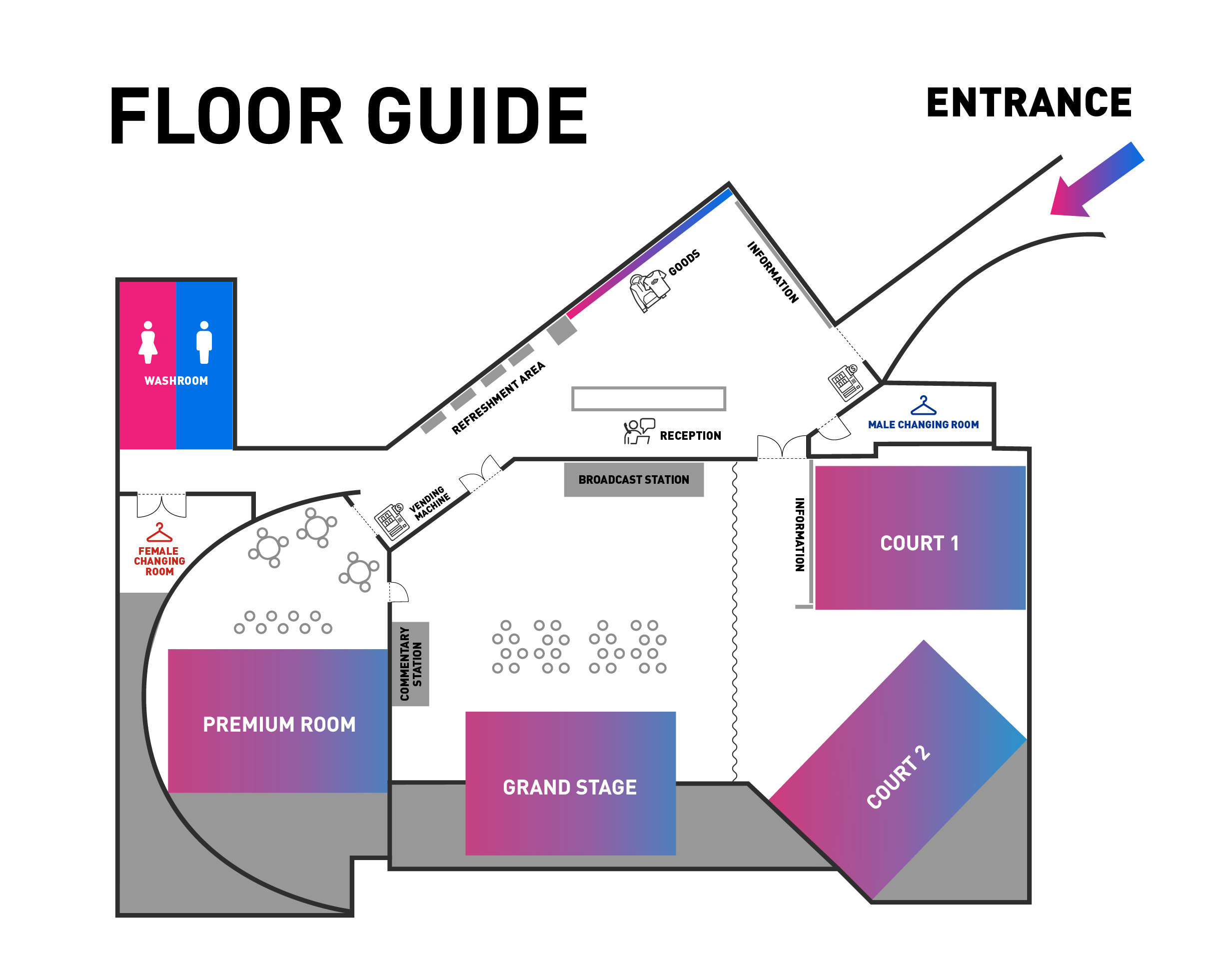 This center of global HADO communities offers four full-size AR courts along with a merchandise corner and a rest & break area where anyone can visit. The Grand Stage, which can accommodate up to 232 visitors, will serve as an exclusive entertainment venue using AR technology for both hands-on experiencing as players participating in HADO official tournaments and spectator experiencing as fans to watch and sway the HADO IDOL WARS battles for their favorite idol performers. 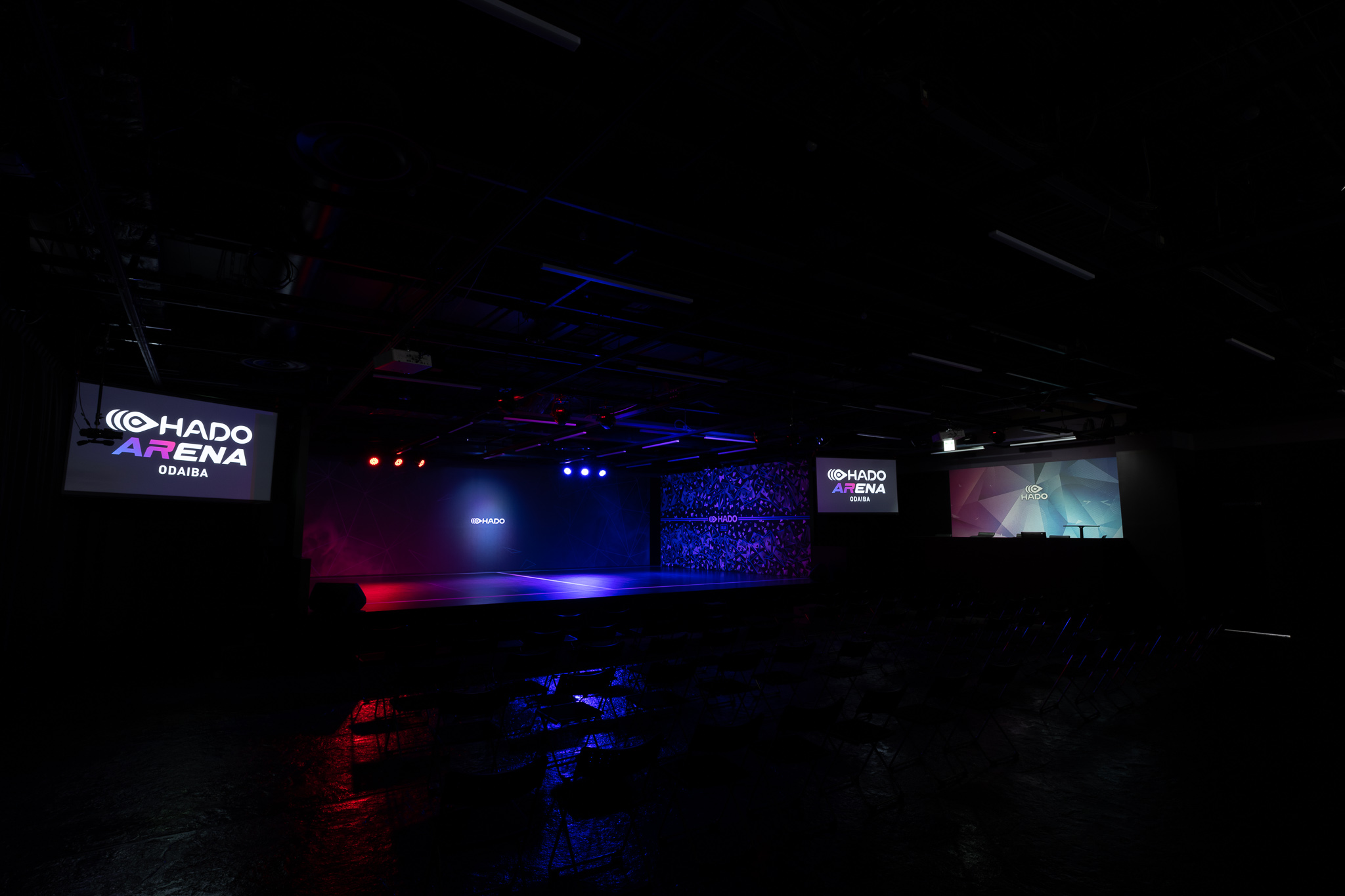 The Grand Stage is an exclusive venue accommodating up to 232 spectators. This is the best place to live stream the HADO official tournaments and events including IDOL WARS where fans can also join to cheer on their favorite teams via the latest AR technology. 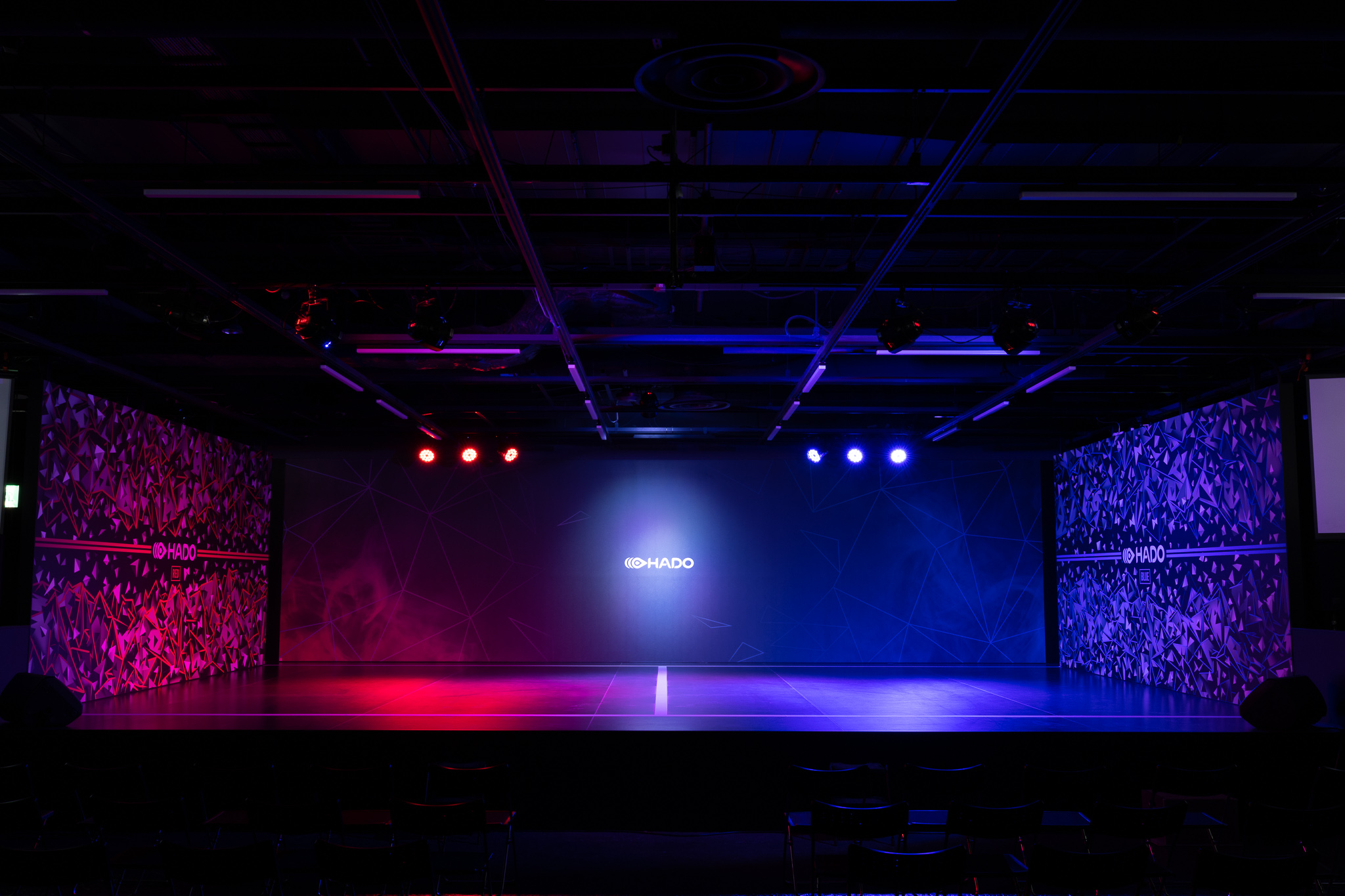 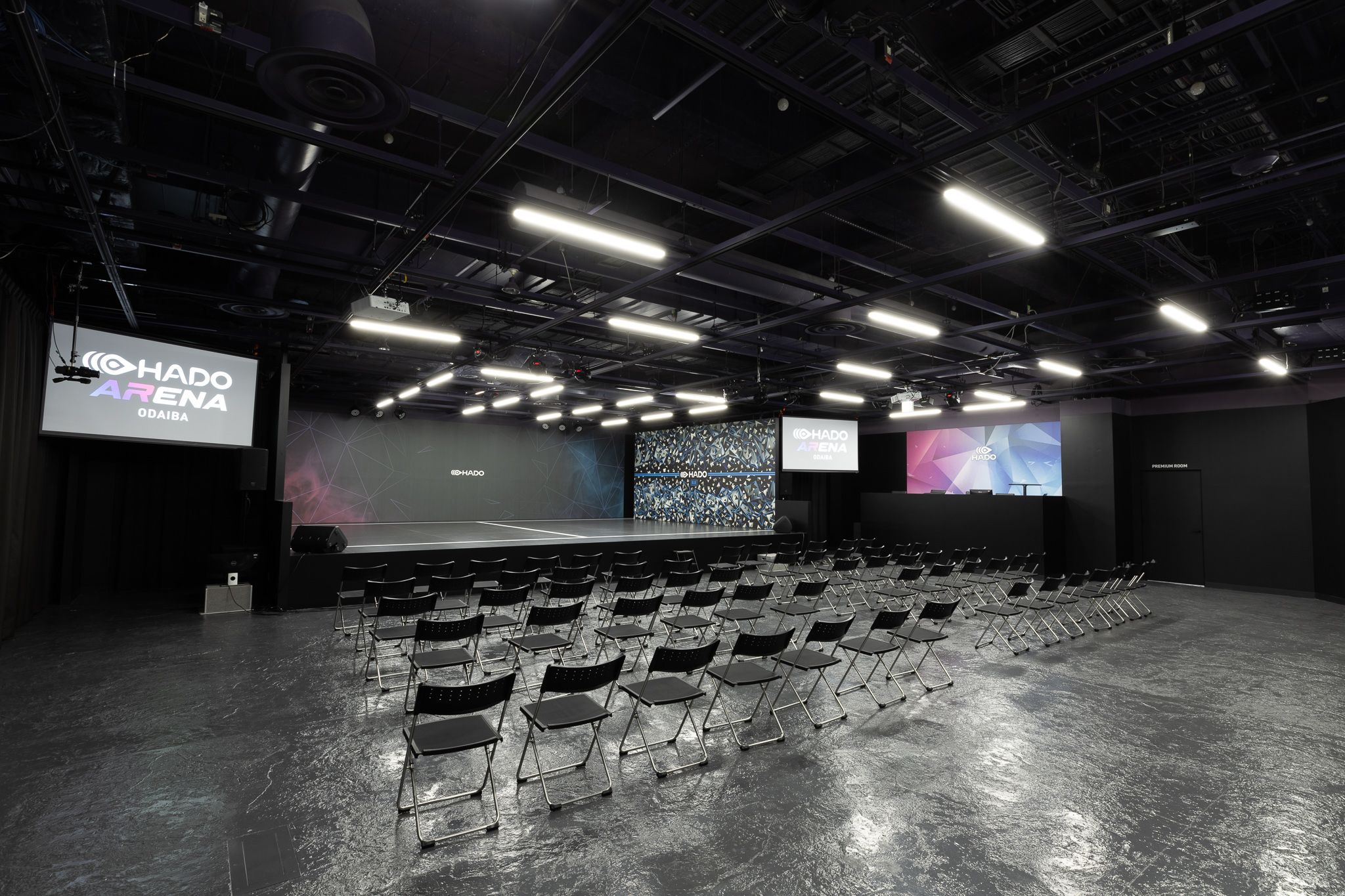 The grand stage has a 6m x 10m regular size court as well as lighting fixtures to give special effects on the stage.

A booth for MCs who lead the official tournaments or the live-streaming event HADO IDOL WARS is also provided. 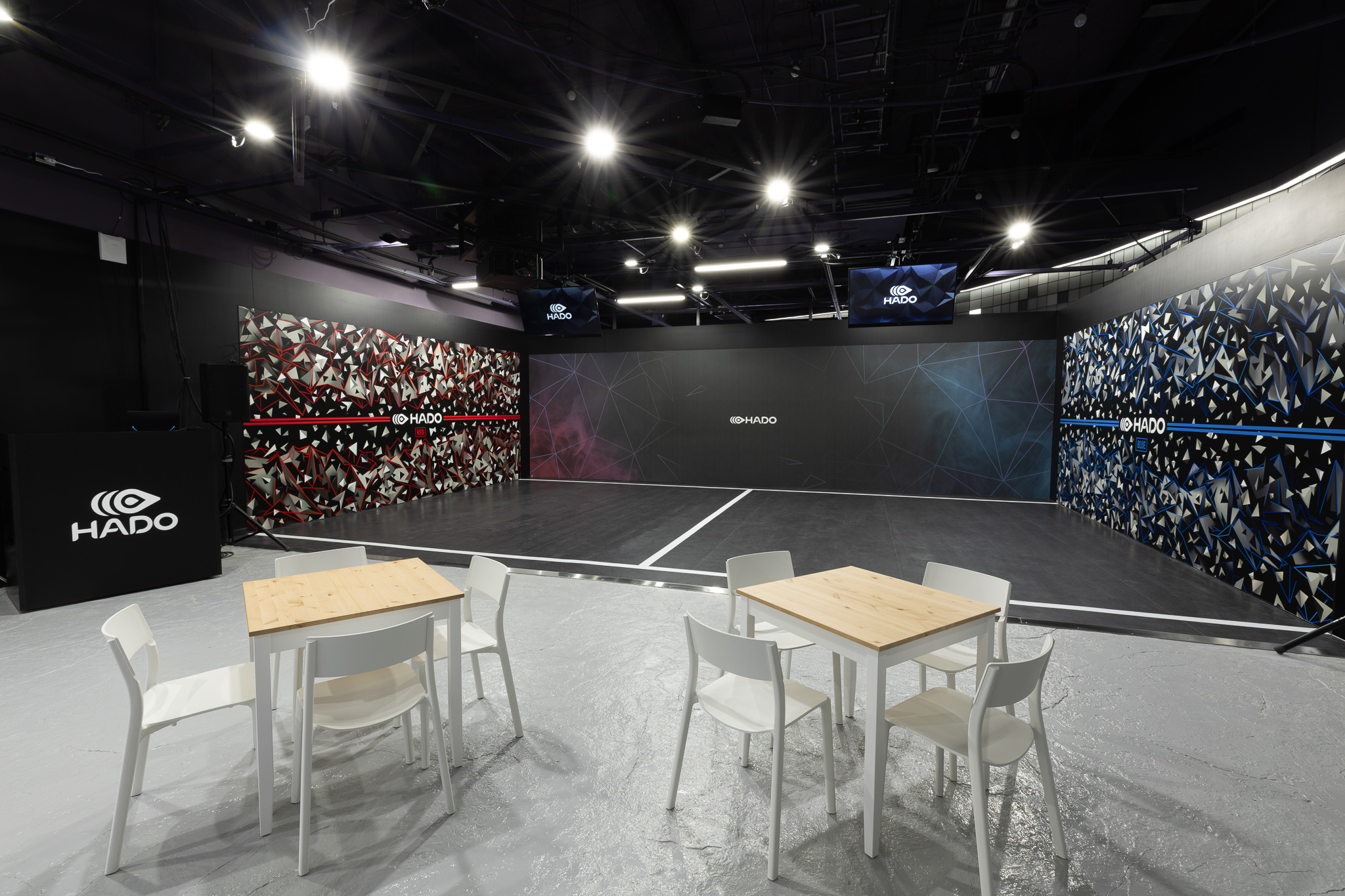 The Premium Room is for a private use separated from the other areas by a wall. While the official tournaments or events are available, this private room is the best place where a large projector can be brought for having a private party or event for groups or families to accommodate various needs of customers. 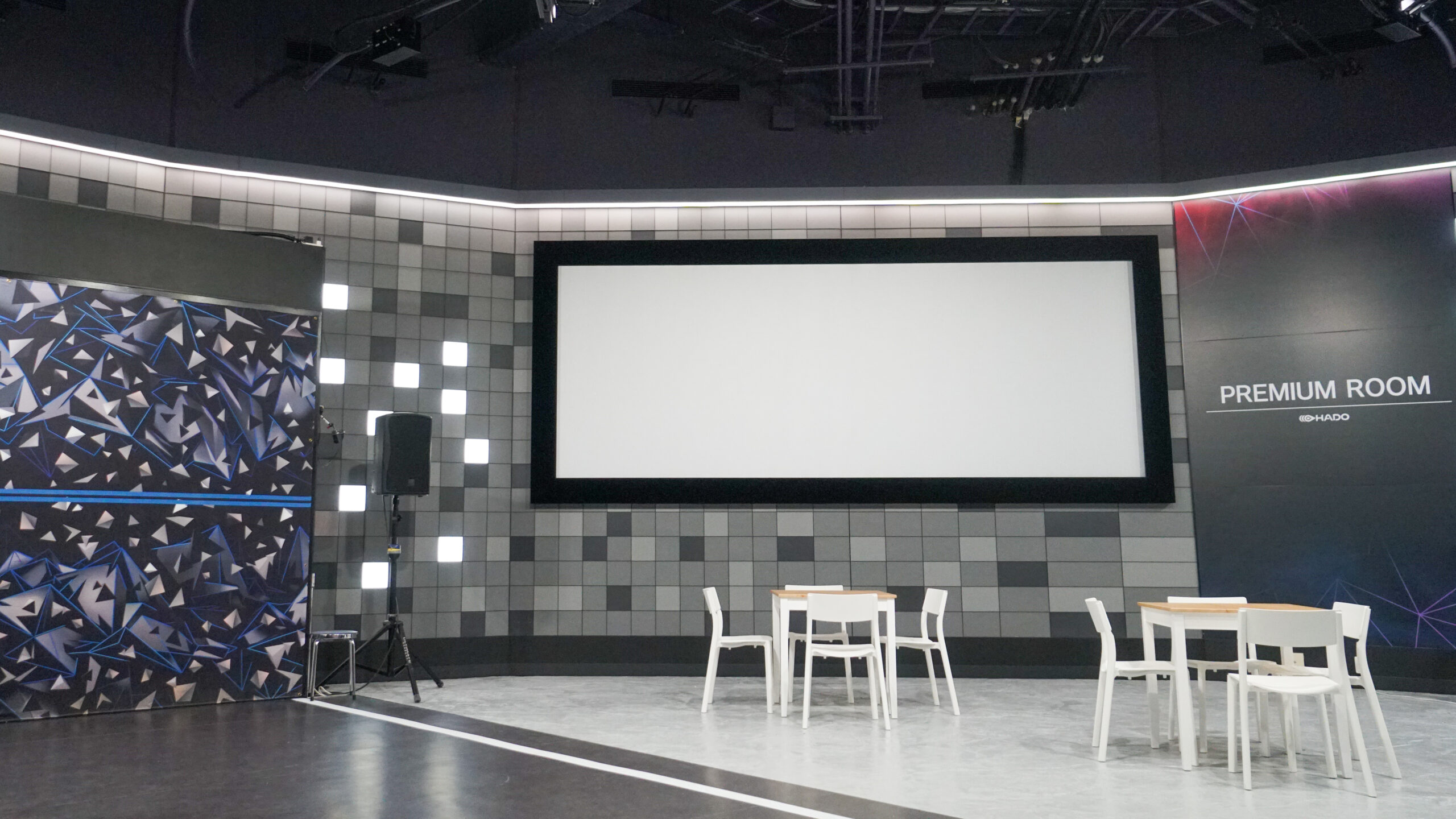 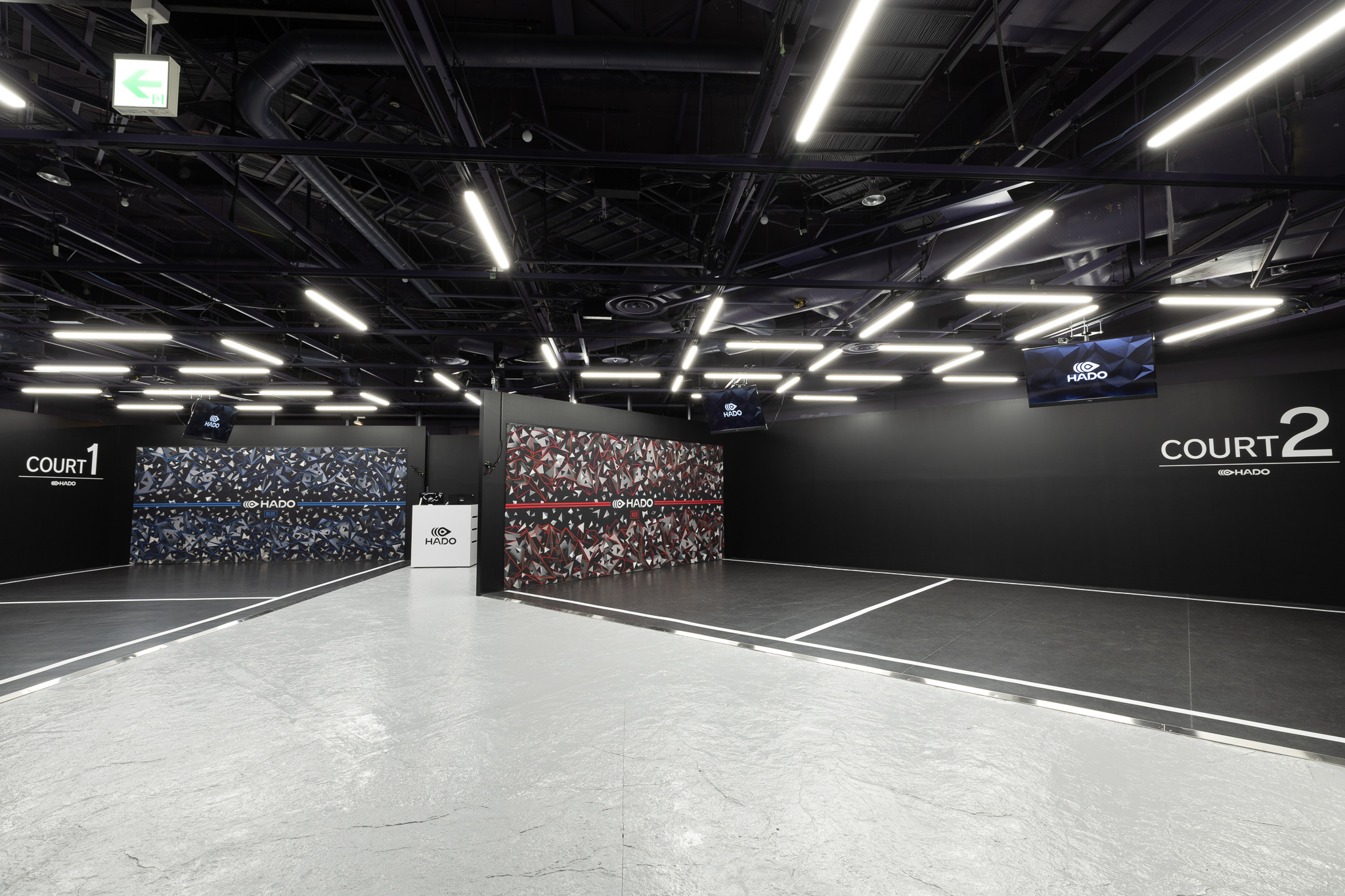 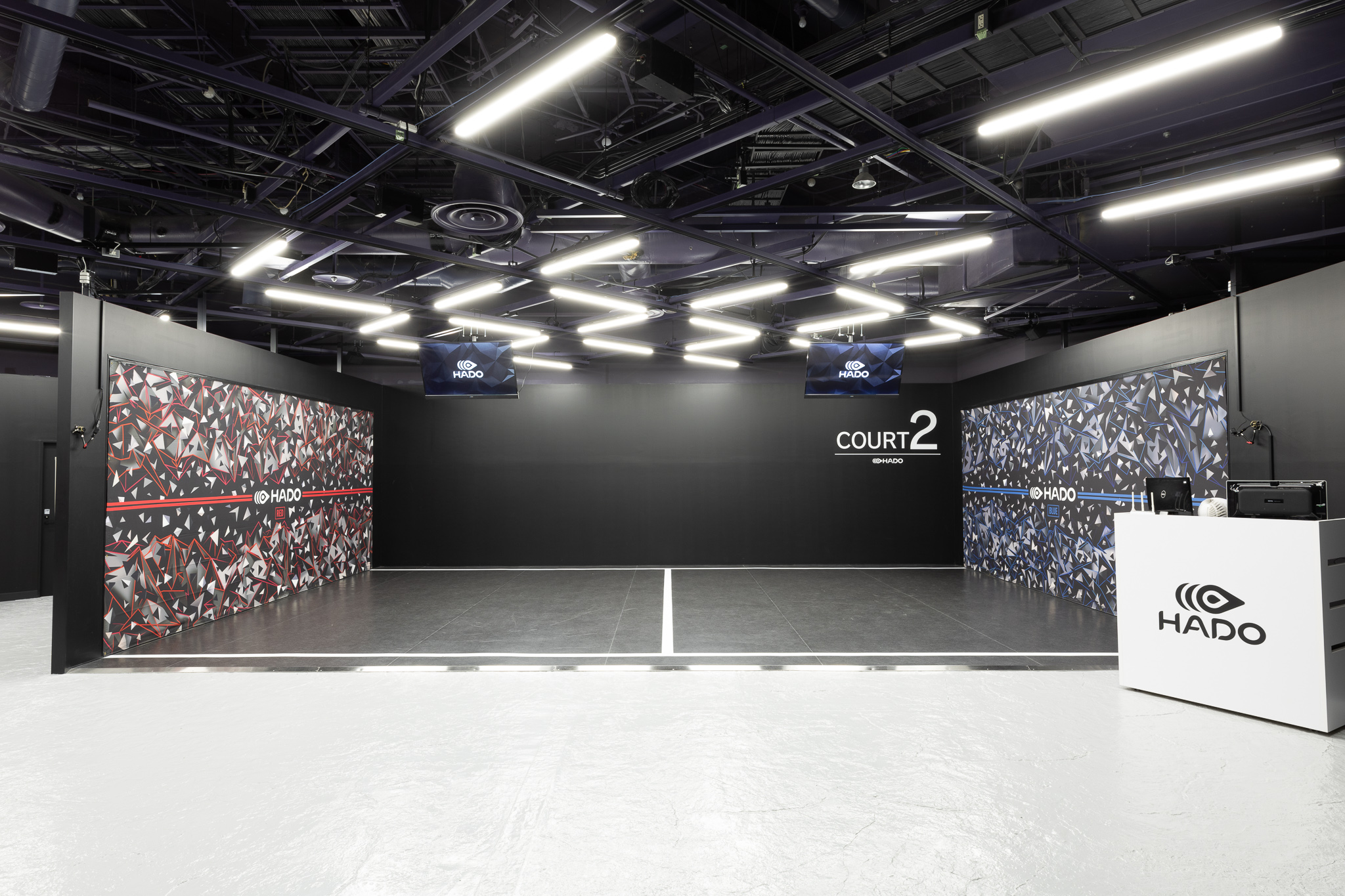 In addition to the grand stage and Premium Room, the new ARENA provides two regular-size courts that can be used for various events and group reservations. Set up next to each other, the two courts can also provide a way for large-group events. 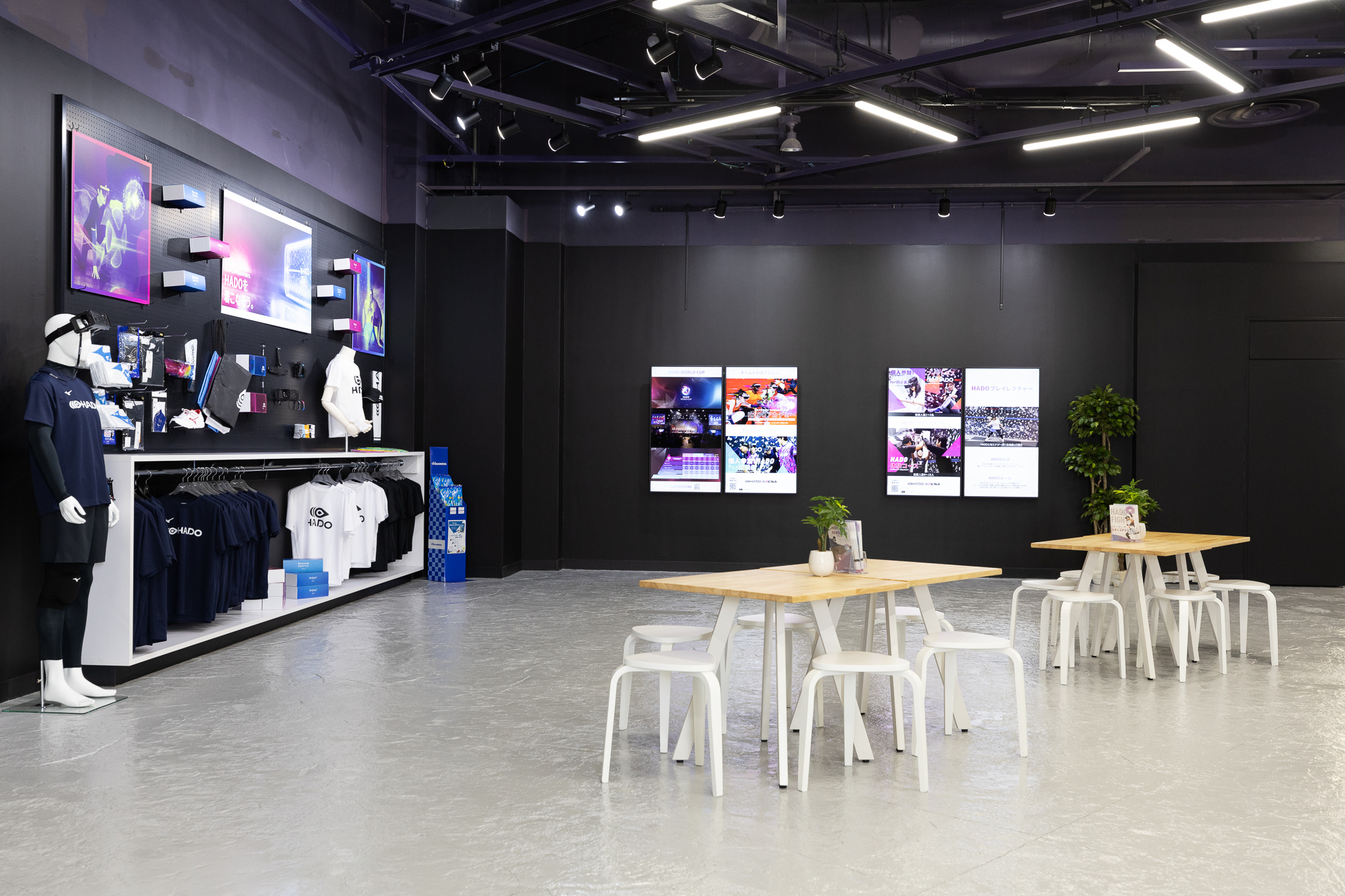 The bright and open entrance space includes rest & break area as well as merchandise corner where HADO’s exclusive items are on sale. 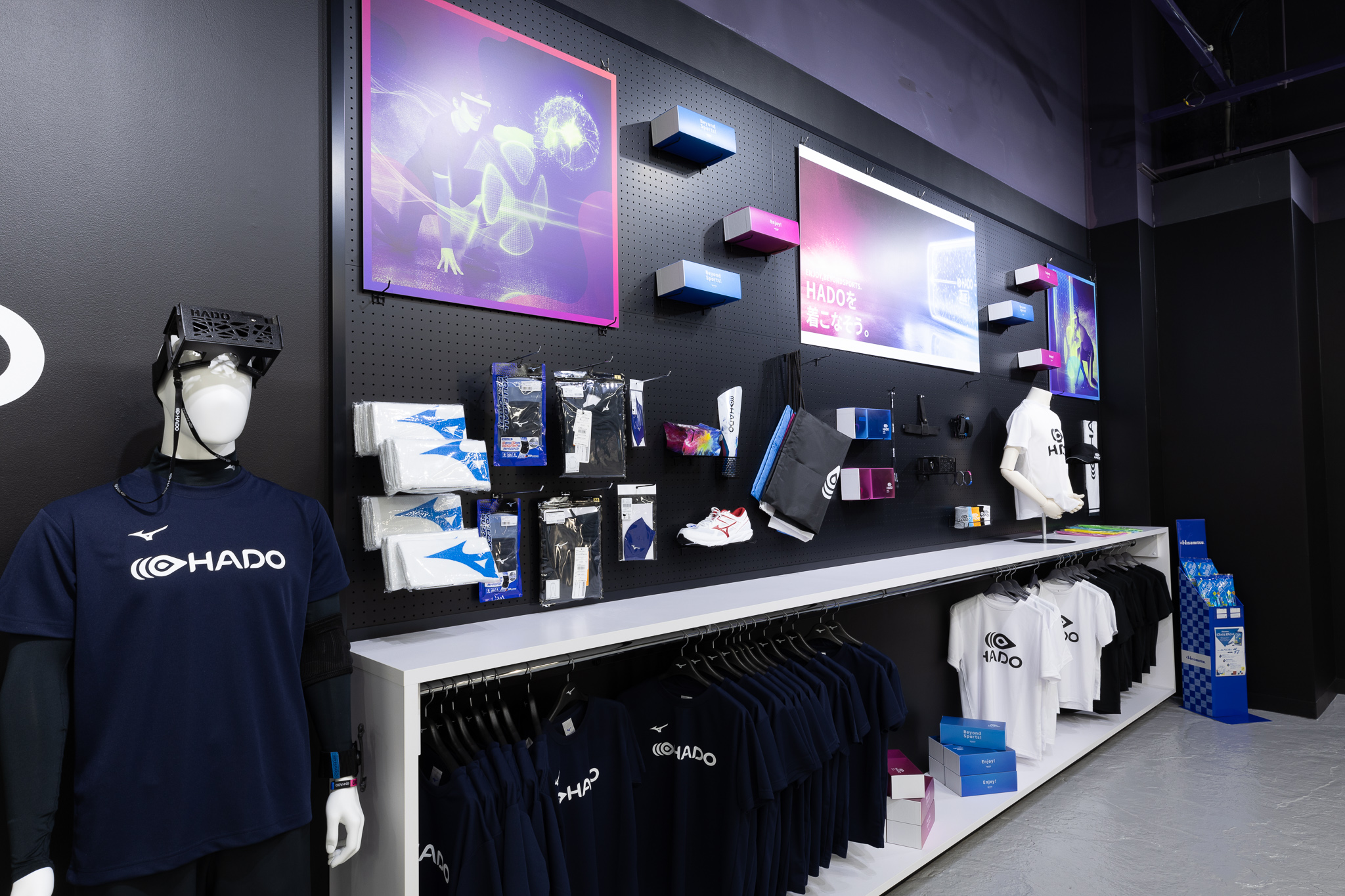 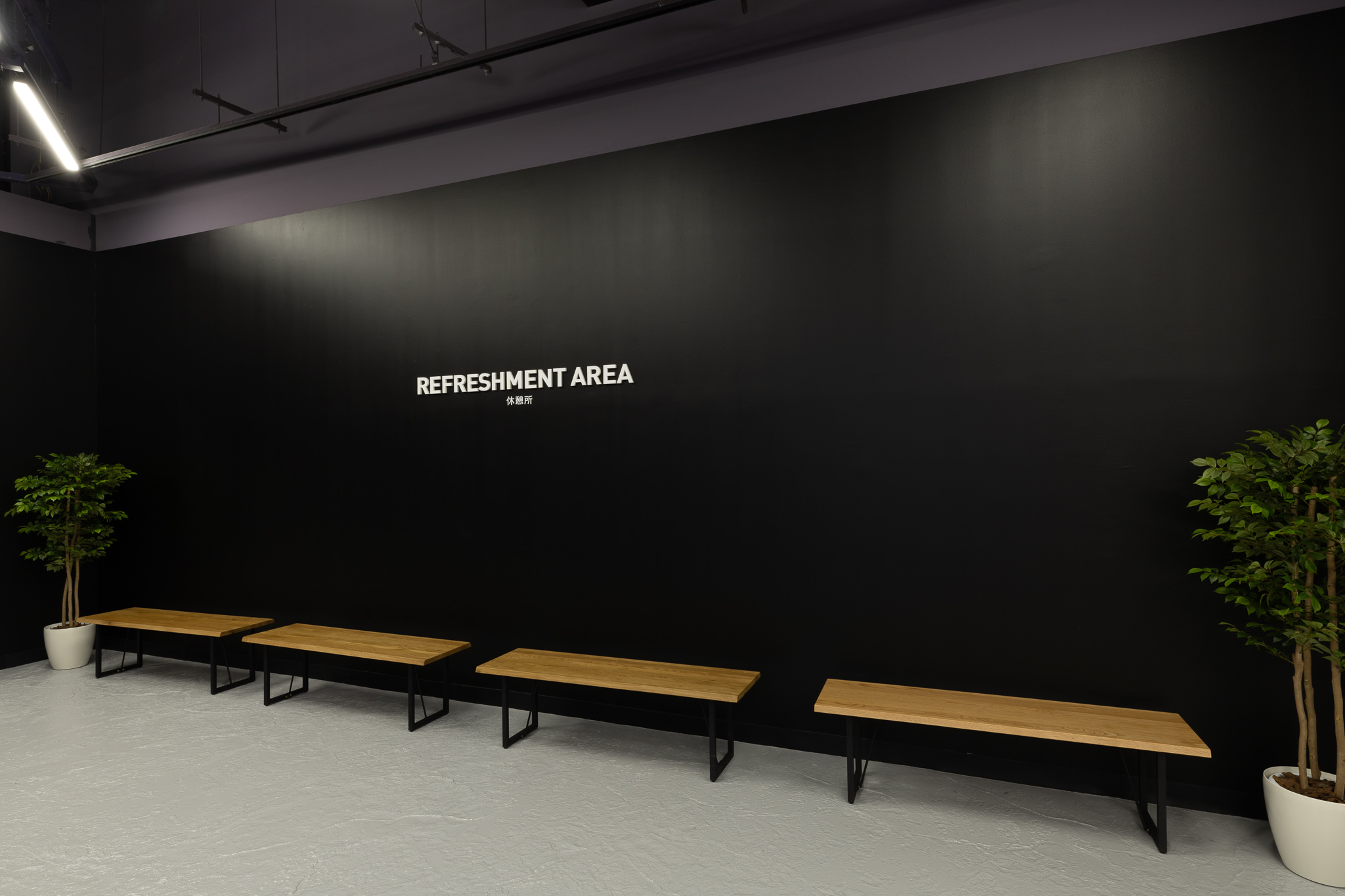 This new HADO Arena will have HADO instructors on-site to teach players new to the sports, while experienced players are also welcome by choosing the best plan from multiple options including subscription or individual participation plans. 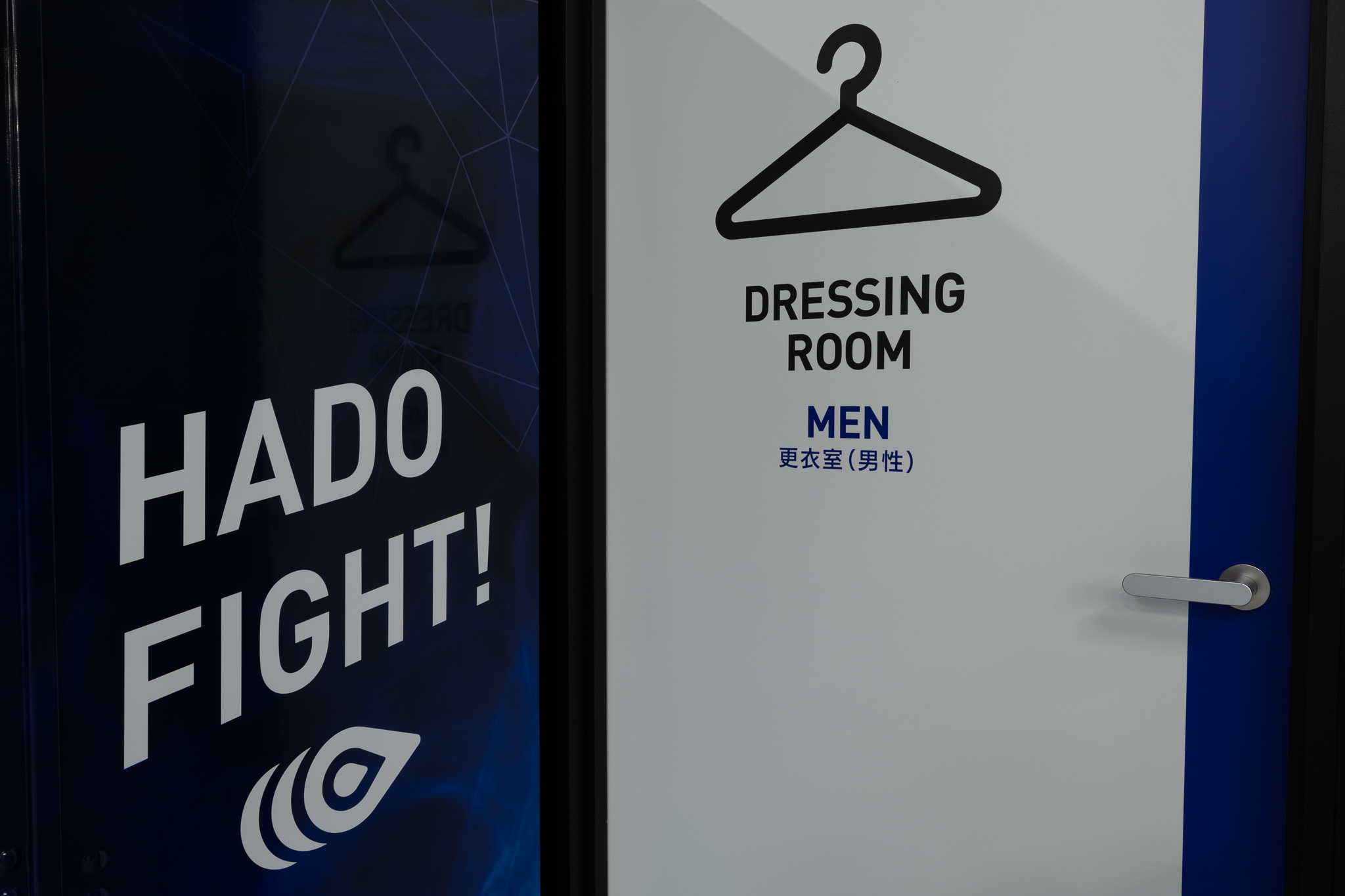 The next generation’s entertainment facility will bring all demographics together to provide one-of-a-kind sporting experiences to enjoy the next-generation of sports! 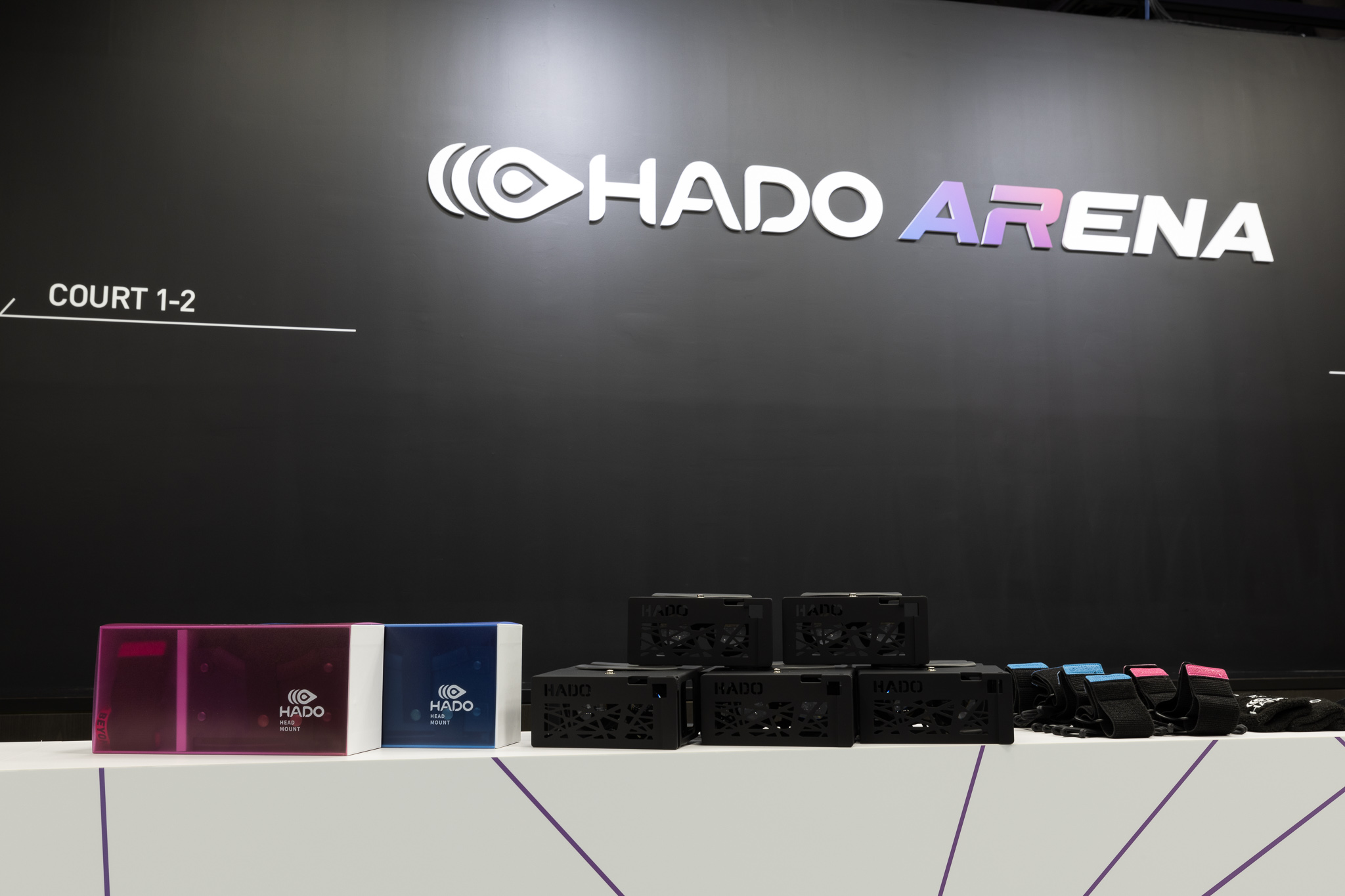 HADO IDOL WARS has been launched as a new live streaming techno sports platform to provide fans with a chance to cheer on up-and-coming Japanese idols in intense techno sports battles by using the dedicated Wow Live app to watch and impact on the gameplays for their favorite teams.

The idol performers find themselves eager for allocating cheers from fans for their skill set upgrades to win the battles and prizes, as well as for more media coverage as the popular HADO performers.

【The League Overview and How to Cheer for your favorites】

・What is the Globally Played AR Sports HADO?

HADO is a sport that combines Augmented Reality (AR) technology through a head-mounted display and arm sensor on a real-world court where players can freely run to compete. Three-player teams leverage their skills by firing energy balls and placing shields to accumulate points in an 80-second match.

HADO is a simple but strategic team sport that anyone throughout all generations can enjoy regardless of age, gender, or physical abilities. Before the match, players allocate ten points across the four different parameters for the bullet size, bullet speed, reload speed, and shield strength in an effort to tailor the game to their strengths and weaknesses.