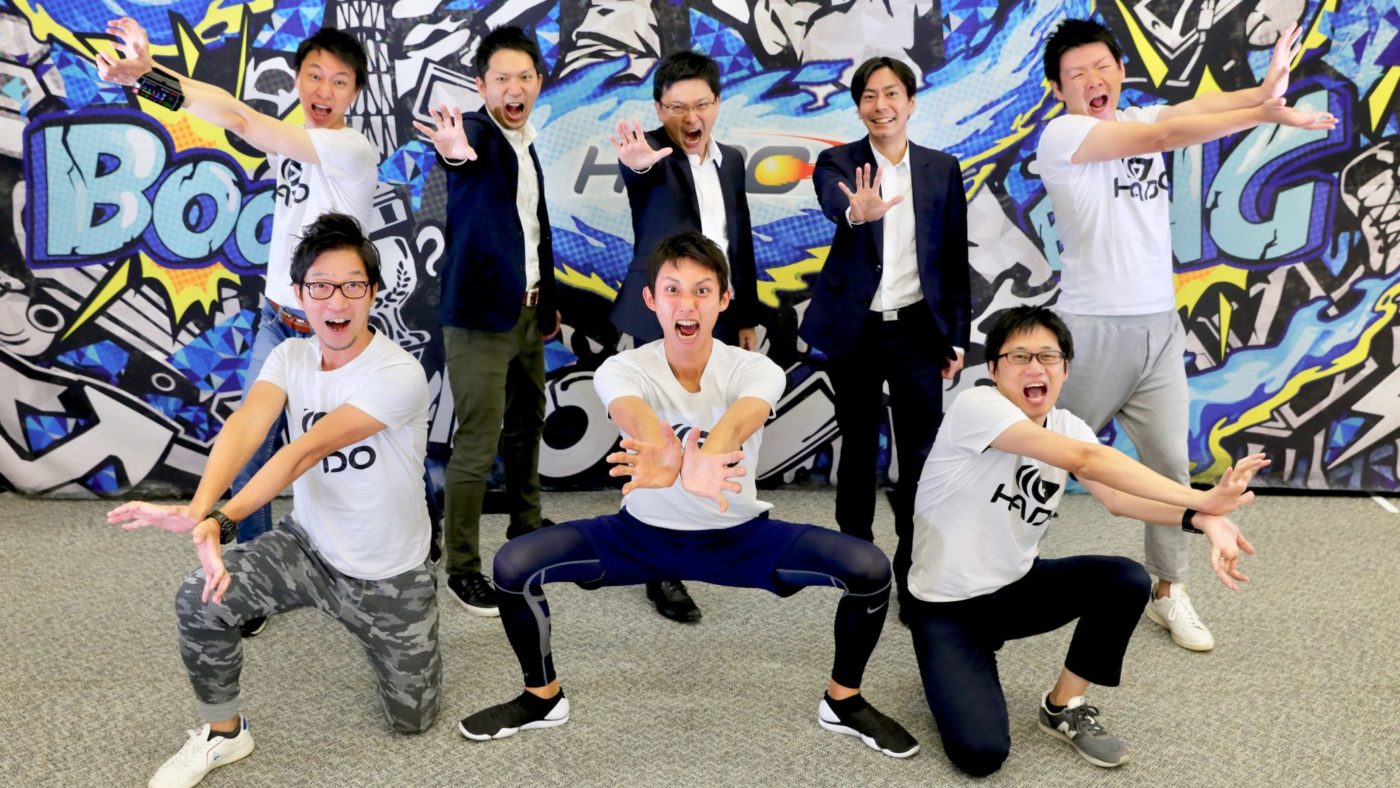 With the company’s corporate vision of “Bring hopes and dreams to the world via tech sports”, meleap has been developing AR sports game series represented by HADO. The procurement funds will be invested in the accelerated expansion of the location-based business to offer gaming experiences in town and the strengthening of the broadcasting business with the prospect of forming a pro-league in its sights.

HADO is a new sport utilizing the leading AR technology with players wearing a head mounted display and an armband sensor to compete against each other by using the ‘energy ball’ or ‘shield’ and earn points in a three-on-three, eighty-minutes game between two teams. 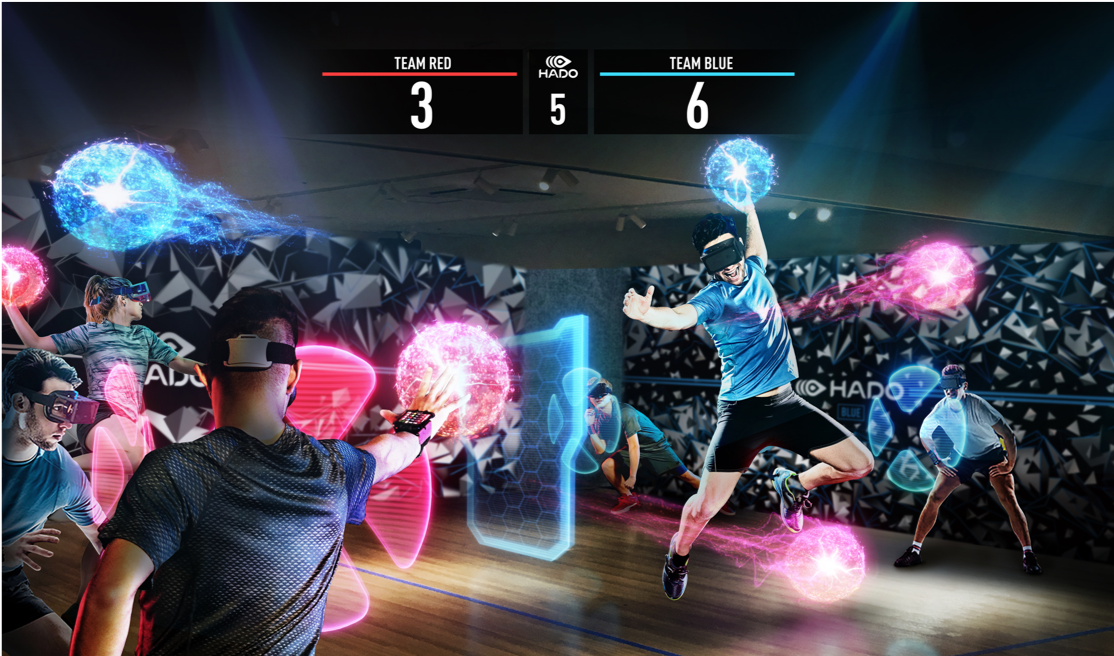 As of today, the company has offered HADO to 52 sites in 23 countries in Asia, North America, South America, Europe, the Middle-east, and Africa as a total of 1.3 million players have enjoyed the immersive experience worldwide. As seen the success that a 60% of sales comes from overseas, the global business has been stronger than ever. The company has intended to expand the global sites for the increase of the players’ numbers. 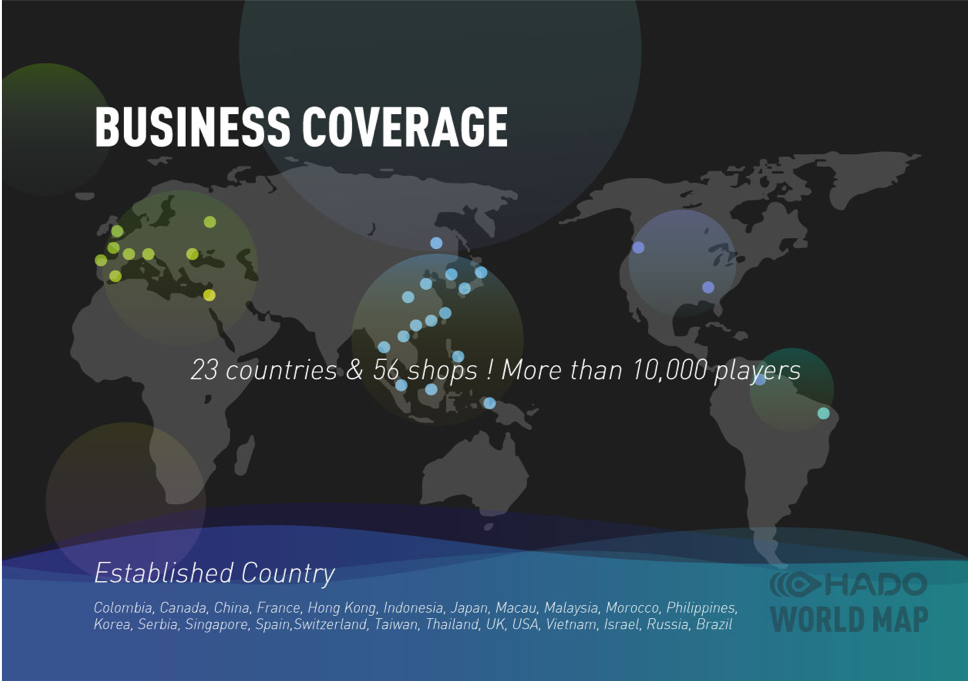 ■Evolution to pro-league from World Cup

The 3rd edition of the HADO Summer Cup 2019 will be held on the 25th of August as assembling the HADO official teams to compete for a title of No.1. Besides the HADO Summer Cup, around 80 competitions including the ones for the official teams only such as the Master’s League, the Advance Cup, and the World Cup have been held throughout the year. Additionally, the company will be aiming at elevating the competition business to the next level with the evolution to a pro-league. Correspondingly, it will promote the investment in the broadcasting business to gather more public audiences.

The company launched a new AR sport broadcast program, ‘HADO BEAST COLOSSEUM’, in January 2019 as one of the emphases on the broadcasting business. The program consists of match-ups between seven ‘Beasts’, the HADO veteran players, and ‘Challengers’, the amateurs. A pair of challengers can designate two Beasts for their opponents under the special rules for the program. As the challengers win over the Beasts, a reward is offered for a return of each win. Though the rewards are to be taken back when the challengers lose even just for one time, a total of 10 million yen could be offered to them for the five consecutive wins. It is certain that the exciting program will increase the attraction of the company’s broadcasting contents along with the expansion of the general audiences.

This round of fund-raising is a series B and reached US$6.6 million as the three new stakeholders of i-mercury Capital, Canal Ventures, and Yugengaisya Hide Inter have invested and the three existing ones; DBJ Capital, Incubate Fund, and SMBC Venture Capital have made the consecutive investments. Correspondingly, Masafumi Kawai from DBJ Capital has been appointed to an outside director of meleap.

【Comments from Kazuhiro Shin, the CEO of i-mercury Capital】
We have decided to make an investment to support for the company by relating to the ambitious vision of exploring a new market of tech sports. HADO has convinced us to be able to see the best practice of utilizing technology as making people smile, enthusiastic, and connecting to others. We would like to have a further discussion with the team about the ways of expanding the existing excited fans’ communities.

【Comments from Masafumi Kawai, the director of DBJ Capital】
When a sport embraces technology, it extends the range of possibilities for ever immersive experiences and more extensive ways of having fun. meleap has challenged for the better social life with full of hopes and dreams by bringing thrills and spills to the world with HADO, the next generation’s sport launched from Japan. We are looking forward to witnessing a world-crazed sport business starting here.