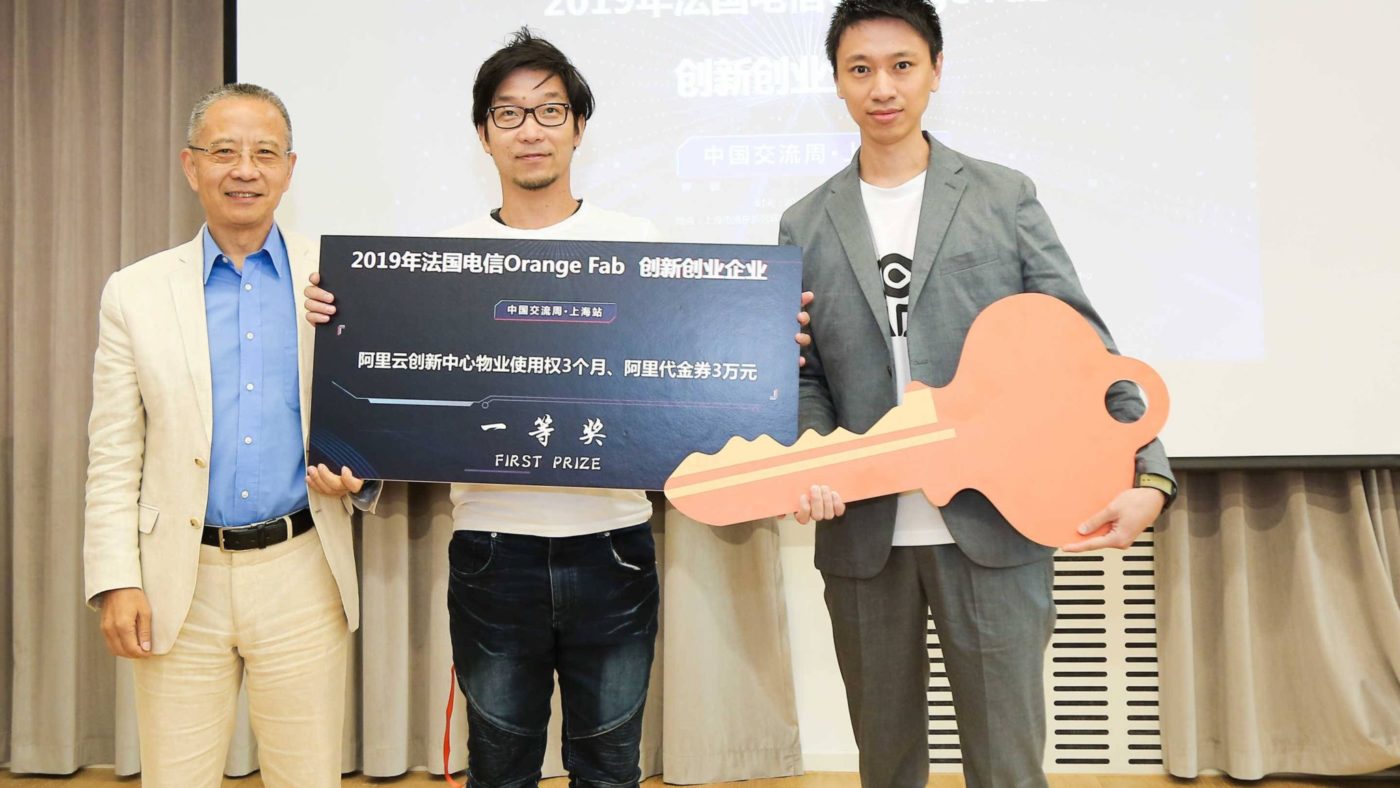 As winner of Orange Fab Asia Season 11, meleap inc. was invited to further drive the momentum of HADO on the Orange Fab Startups China Tour from September 22 to September 27. The Orange Fab Startup China Tour proved a fantastic opportunity to present HADO, take advantage of an invaluable exchange of ideas, and forge deep as well as meaningful relationships with other startups and investors from around the world.

meleap Chief Operating Officer Yukihara Tomita and Executive Officer Lim Sing Kent joined nine other startups to kick off the Orange Fab Startups China Tour in Beijing before moving on to Shanghai, Hangzhou, and Shenzhen. Over the five days of the tour, meleap became more versed in the Chinese startup ecosystem from business founding to fundraising through discussions and pitches in each city. 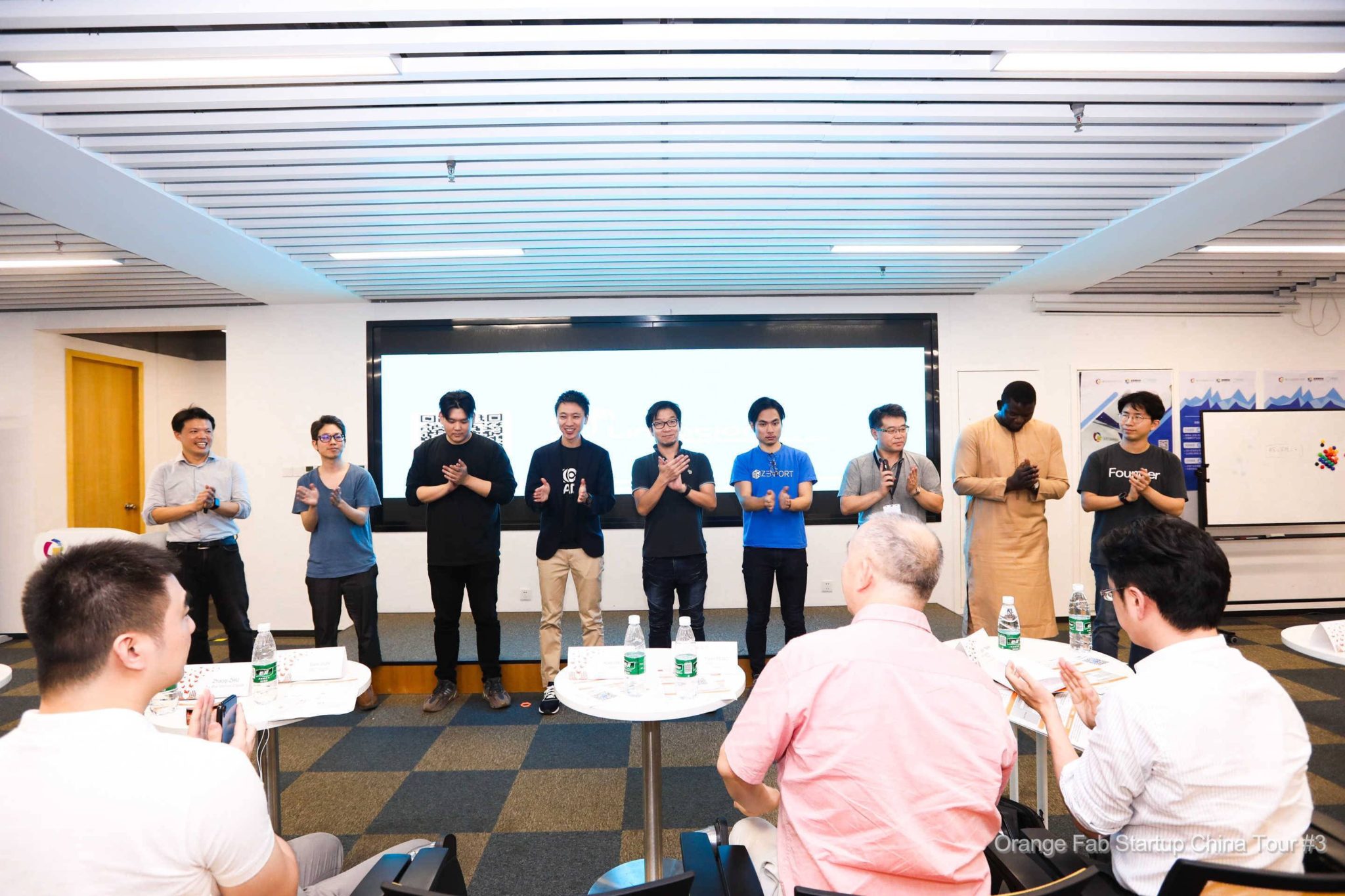 In the pitch roadshows to venture capitalists in Beijing, Hangzhou, and Shenzen, Yukihara Tomita and Lim Sing Kent presented the tremendous success of HADO since 2014 and discussed the future prospects for HADO moving forward as a professional techno sports league.

The pitch laid out the schedule to launch the HADO Pro League in five different countries by 2021 before expanding to ten countries by 2022 and fifteen countries by 2023. The growth of the professional side of techno sports is further underpinned by the introduction of comprehensive HADO Arenas as AR sports centers to cultivate non-professional HADO athletes as well. 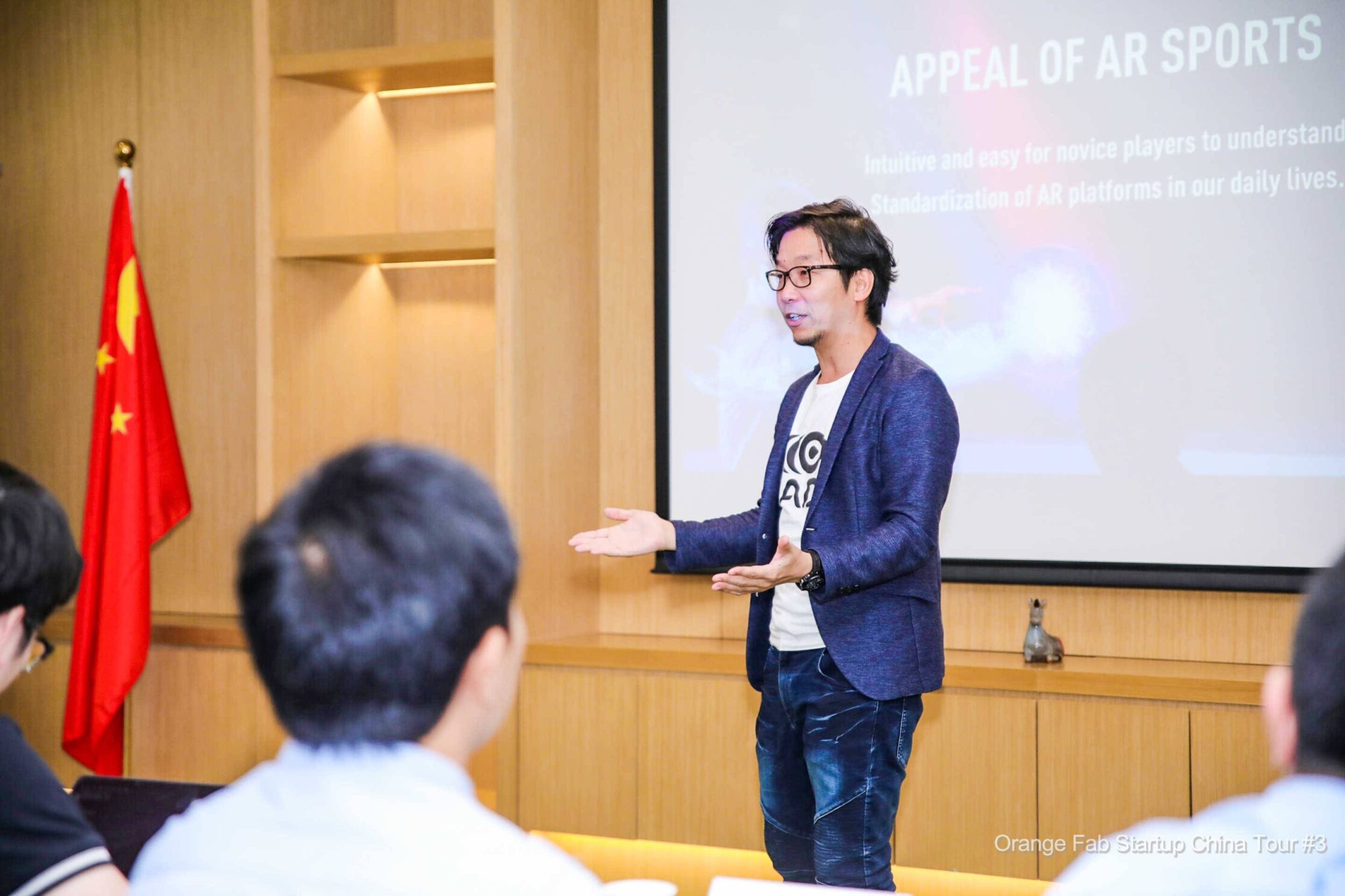 meleap also emphasizes an even better spectator and fan experience via technology with the design and development of cheering and tipping platforms for instantaneous engagement with the professional teams and athletes.

These ideas forecasting the future of HADO as a professional techno sport that engage both players and fans also earned meleap first prize in the Shanghai roadshow pitch contest sponsored by Alibaba. 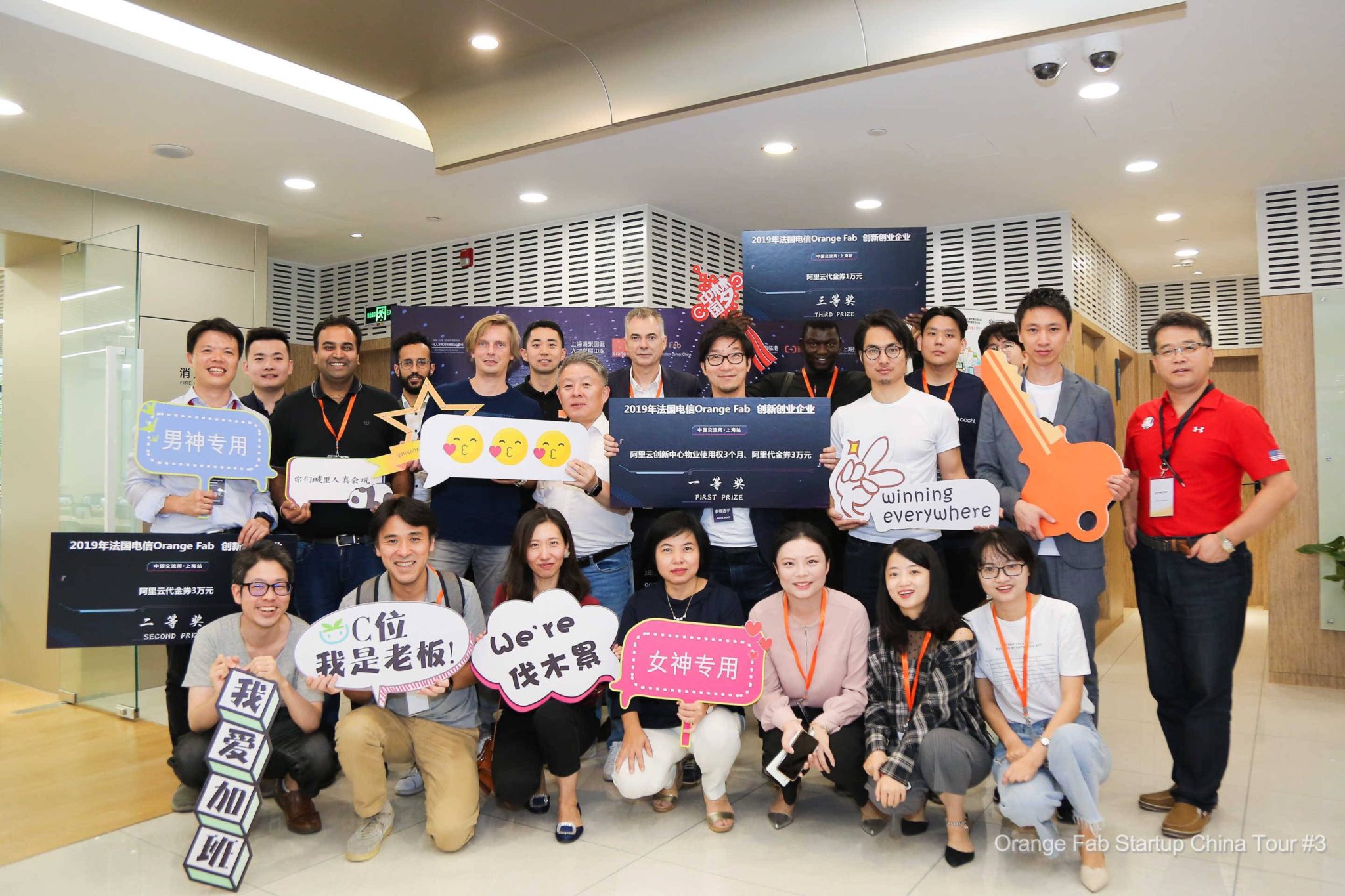 At the end of the Orange Fab Startups China Tour, each project sat down with investors one-on-one for even more in-depth discussions and an exchange of ideas. This provided meleap and all the other startups with indispensable guidance to spark greater innovation, which brought an already successful tour to an amazing end. 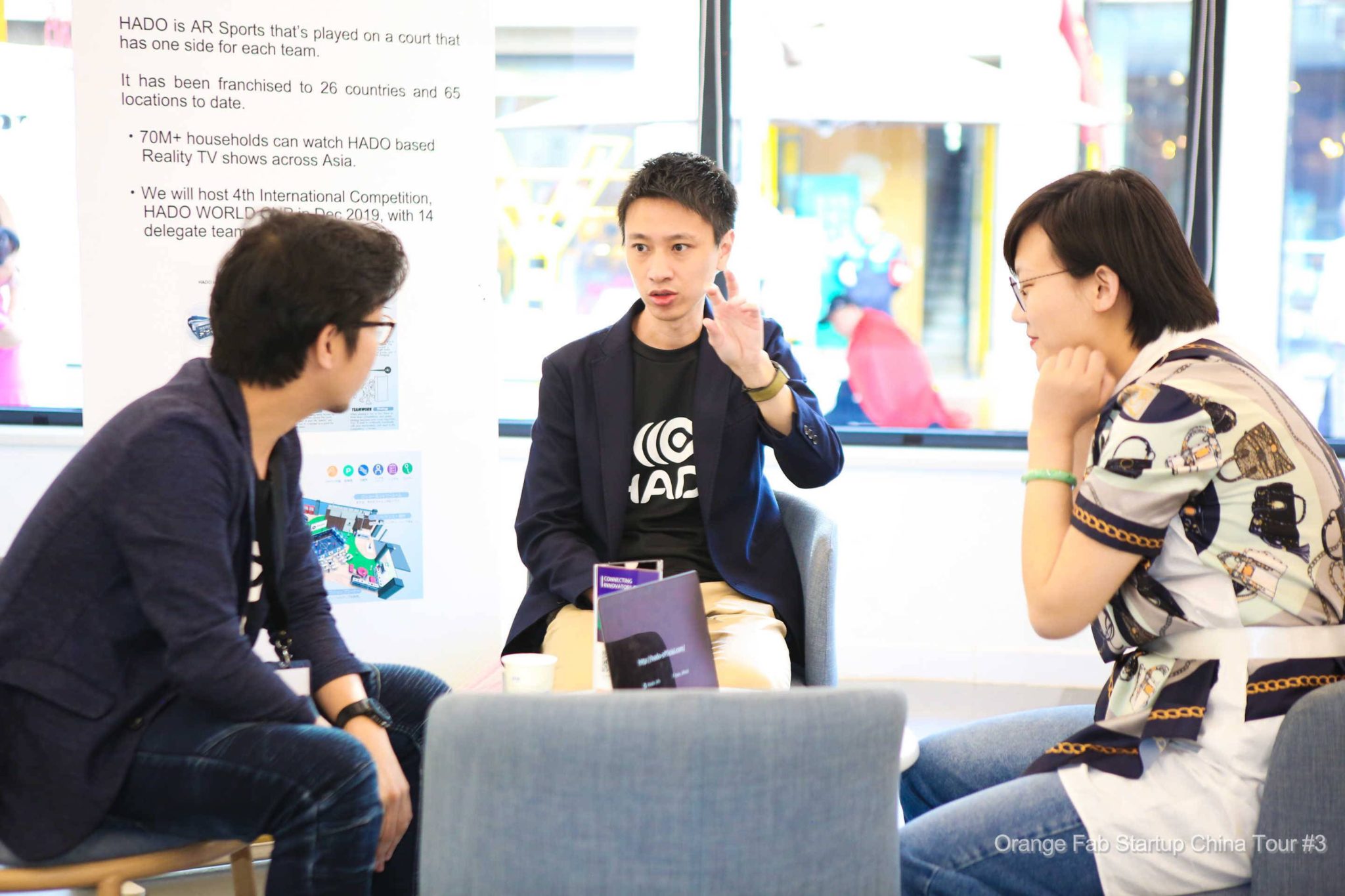 Orange Fab Asia is an accelerator program for startups in Japan, Korea, and Taiwan that targets global markets. The program calls for applications twice a year in Tokyo, Seoul, and Taipei to provide business development and mentoring support in addition to its community and international network. Orange Fab Asia also offers financial support for a wide range of events to the startups who are selected.

To date, Orange Fab Asia has helped 172 startups raise 437 million USD with an overseas expansion rate of 68% thanks to the support of corporate sponsors such as Acer, Dentsu, Nestle, Ricoh, and Sony.