On October 29, the biggest and most innovative techno sport venue launched in Shenzhen, China!

HADO’s momentum never stops even during and after the pandemic! The leading-edge techno sport integrating Augmented Reality (AR) technologies has continued to evolve as expanding its fan base and popularity, as well as new venues dedicated to HADO around the globe! In China, now experiencing a huge HADO boom, the international city, Shenzhen, will hold “HADO ARENA SHENZHEN LONGHUA” as the largest HADO ​​facility in the world! It celebrated its grand opening on October 29, 2021, with a gradual opening since October 10th. 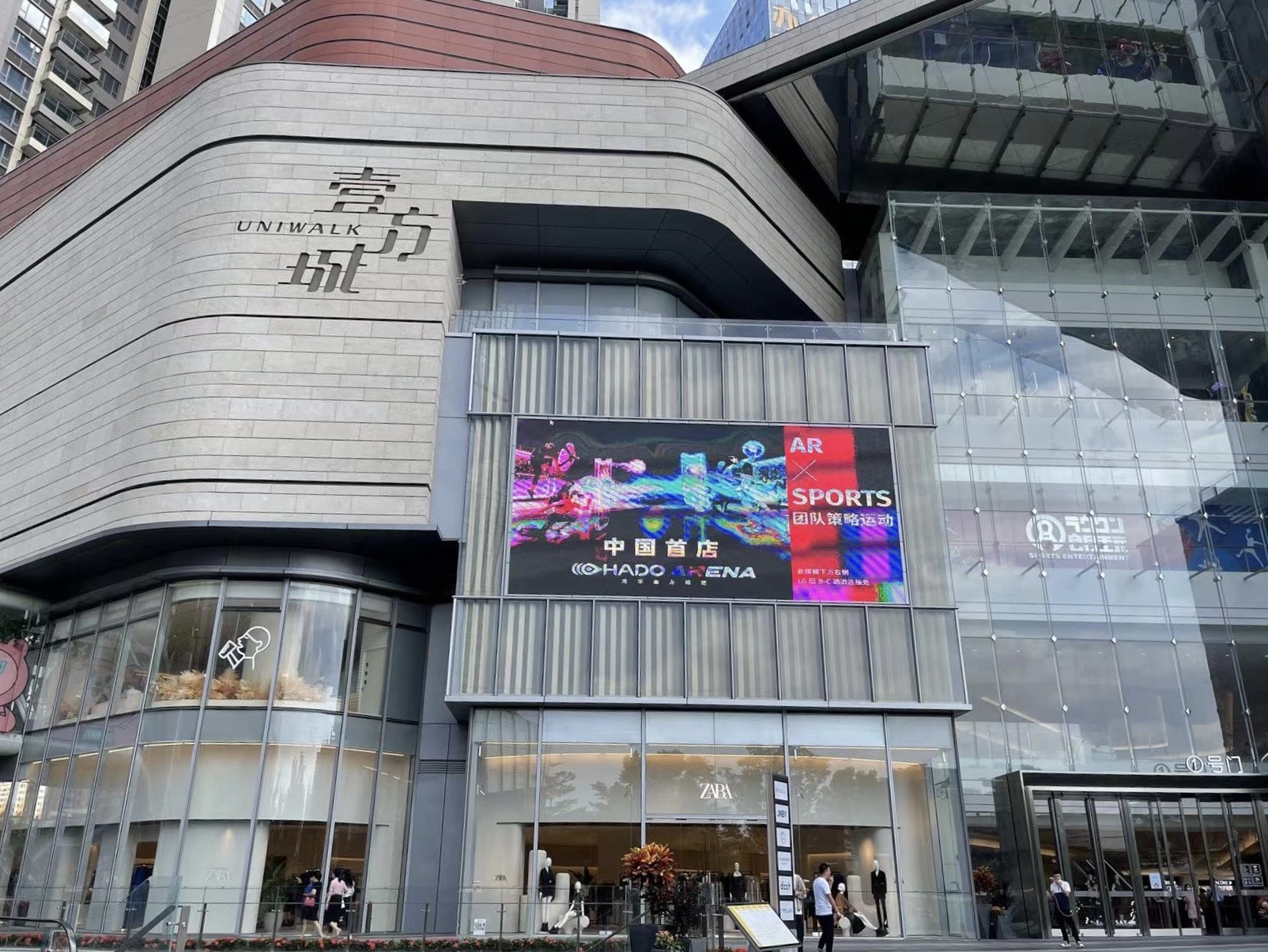 The HADO ARENA SHENZHEN LONGHUA is conducted both by meleap Inc. as HADO founder and Guangdong Joinnew Sports Co.,Ltd. as an affiliated company of Shenzhen Yein Cohesion Cultural Communication Co.,Ltd. (CEO: Qian Weng; Headquarters: Shenzhen, China) as a strategic HADO partner in China. The HADO ARENA will play a pivotal role as not only a facility providing hands-on sports experiences but also a center of HADO communities that cultivate the spirit of techno sports. It will also bring people together including gamers, sports fans, technology enthusiasts, youth groups and families to act as a home ground of HADO that provides all the fans with a whole new excitement of the future of sports. 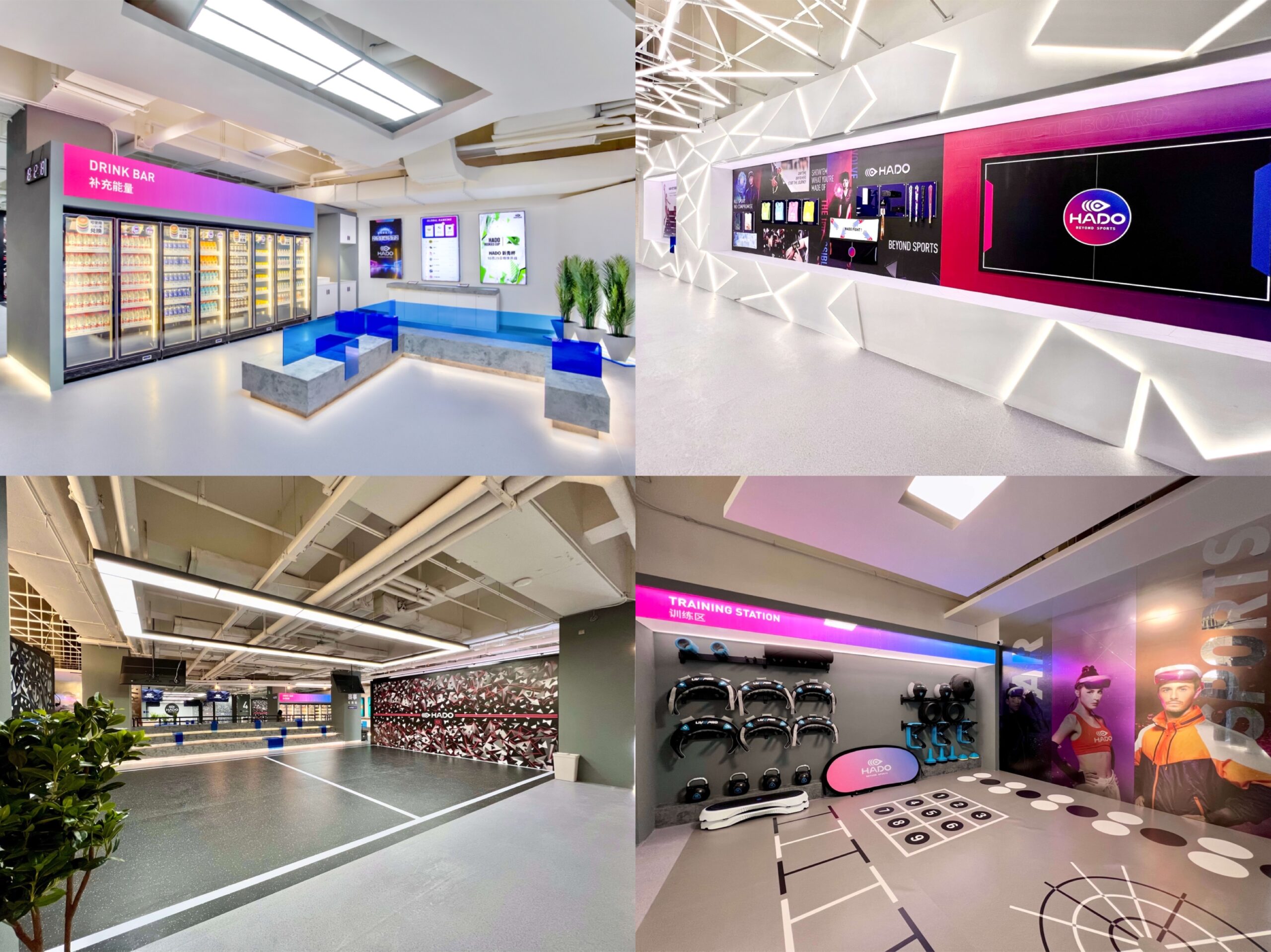 Located in Guangdong Province, Shenzhen, as one of the core cities which take the helm of the Guangdong-Hong Kong-Macau Greater Bay Area scheme developed by the Chinese government, is a modern metropolis that links Hong Kong to China’s mainland, with a population of more than 17 million. The HADO ARENA SHENZHEN LONGHUA launched in the HADO ARENA LONGHUA CITY, the biggest shopping mall in Longhua district in Shenzhen. 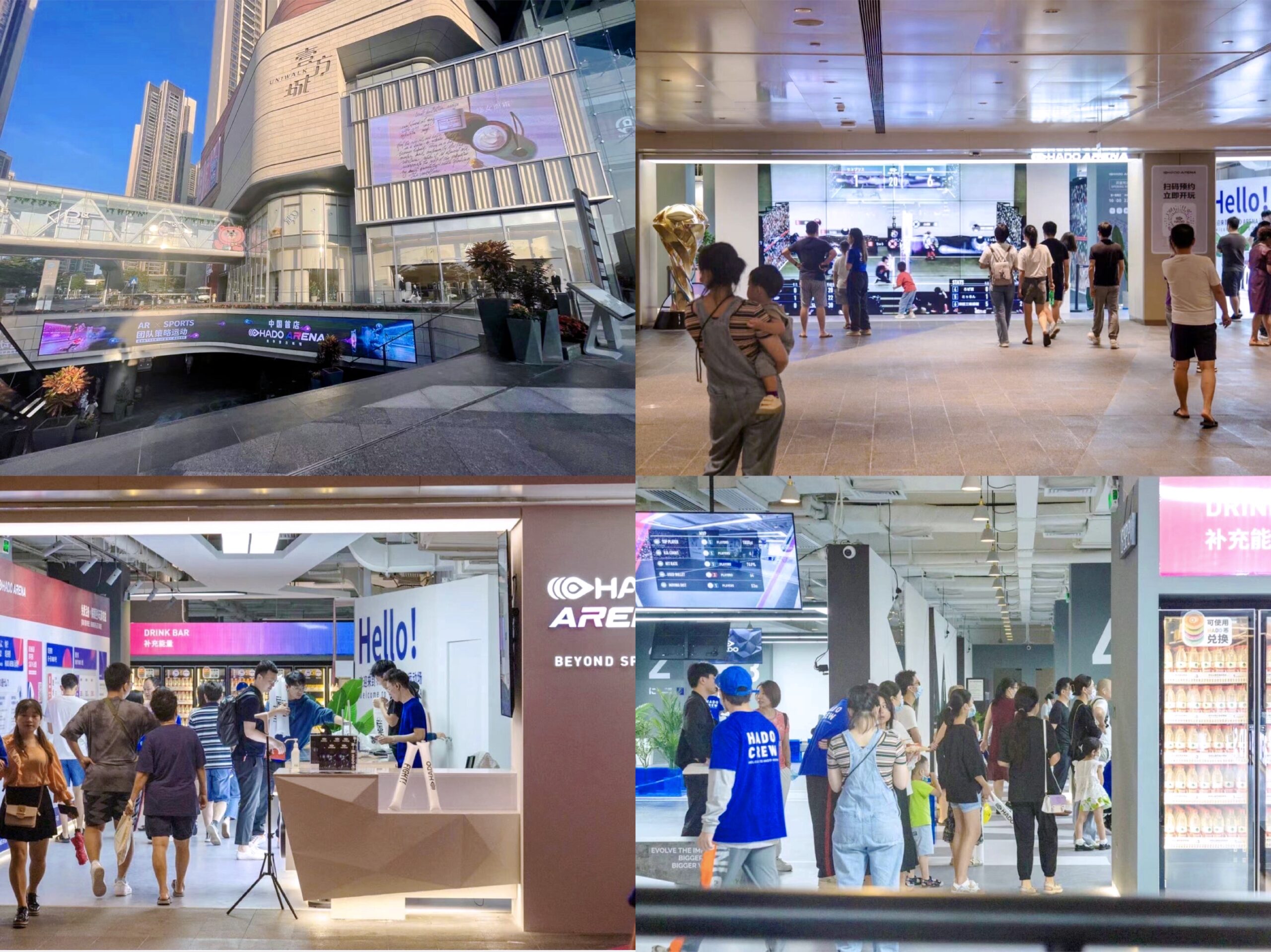 Mr. Jinhao Liang, co-founder of Guangdong Joinnew Sports Co.,Ltd., expressed the excitement about the debut in the megacity as well as the unlimited potential of the techno sport.

“Even for a company with a long-time and skilled experience in brand management like us, HADO is so unique as to demonstrate perfect integration of physical sport and AR technology, which makes it incredibly innovative and attractive as a form of entertainment.”

He also added, “HADO is a team sport that anyone throughout all generations can enjoy regardless of age, gender, or physical abilities. It’s also a non-contact sport that enables it to be safe and secure to play, especially in these circumstances. Simple to play, but also strategies or teamwork are the key to success, and playing a different strategic role in the competition is possible, depending on your style or team tactics. HADO has many distinctly unique features that separate it from other traditional sports or even esports, so we hope to bring the thrill and excitement of the techno sport to every generation in Shenzhen.” 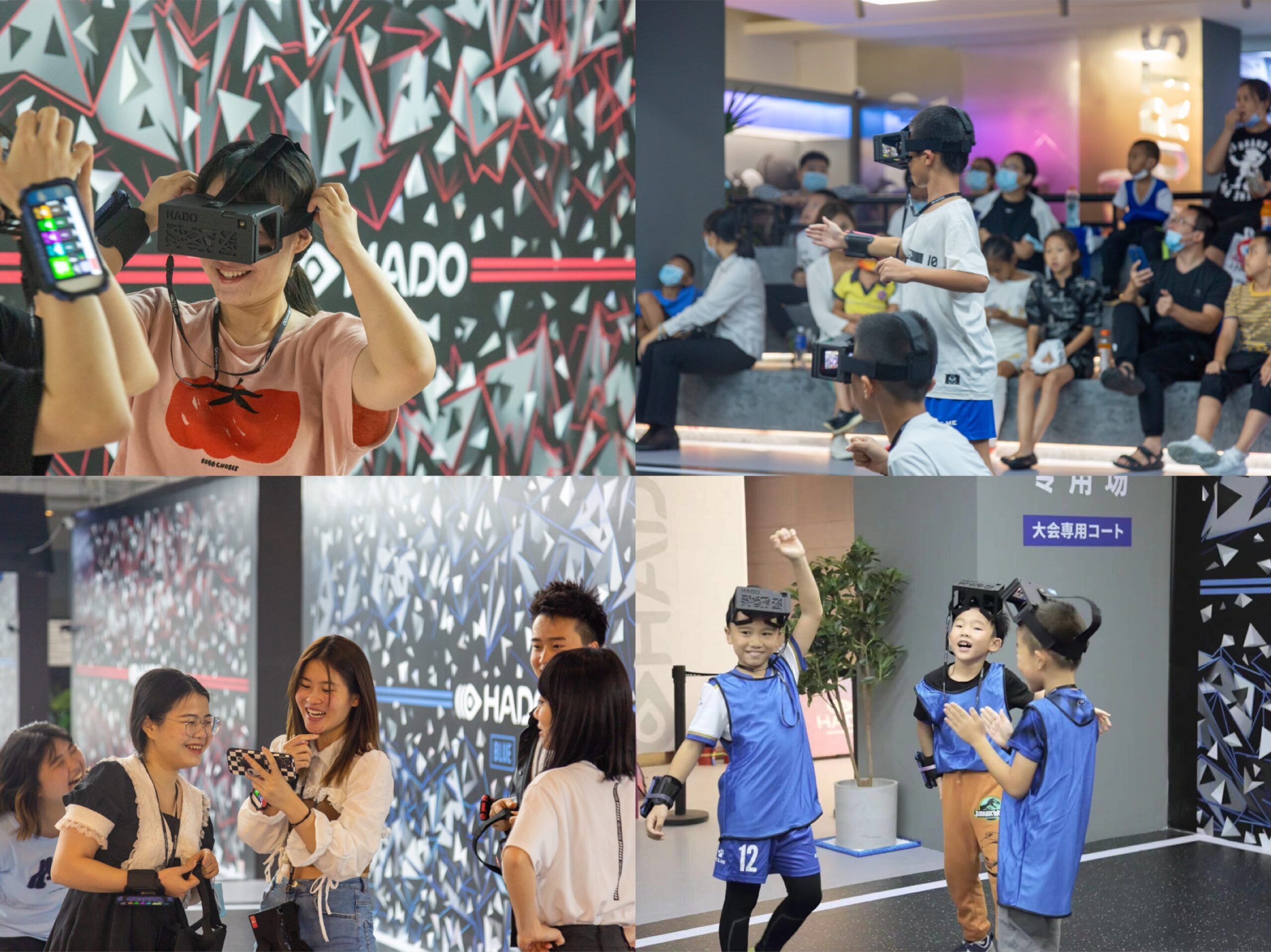 Mr. Jinhao Liang visited Tokyo to see the HADO WORLD CUP 2019 held in December of that year, “I was overwhelmed by all the fans’ joy and enthusiasm for the actions unfolding in front of them, as well as the fierce battles among top-tier teams around the world. It was the moment when I, experienced in brand management, was convinced that HADO would soon revolutionize the future of sports.”

The HADO ARENA SHENZHEN LONGHUA is located in the center of the shopping mall, with an amazing size of approximately 1,000 square meters (about the size of five tennis courts). The techno sport facility provides seven (7) full-size HADO courts along with a grand stage exclusively used for official tournaments and events, ready for live streaming or broadcasting for Chinese and global audience.

The ARENA also provides players with an area for training or exercise free to use as well as a refreshment space with a mineral water dispenser. It is the perfect venue to become the central axis of HADO communities where a unique HADO culture is established by every group of visitors from newcomers to techno sports savvy. 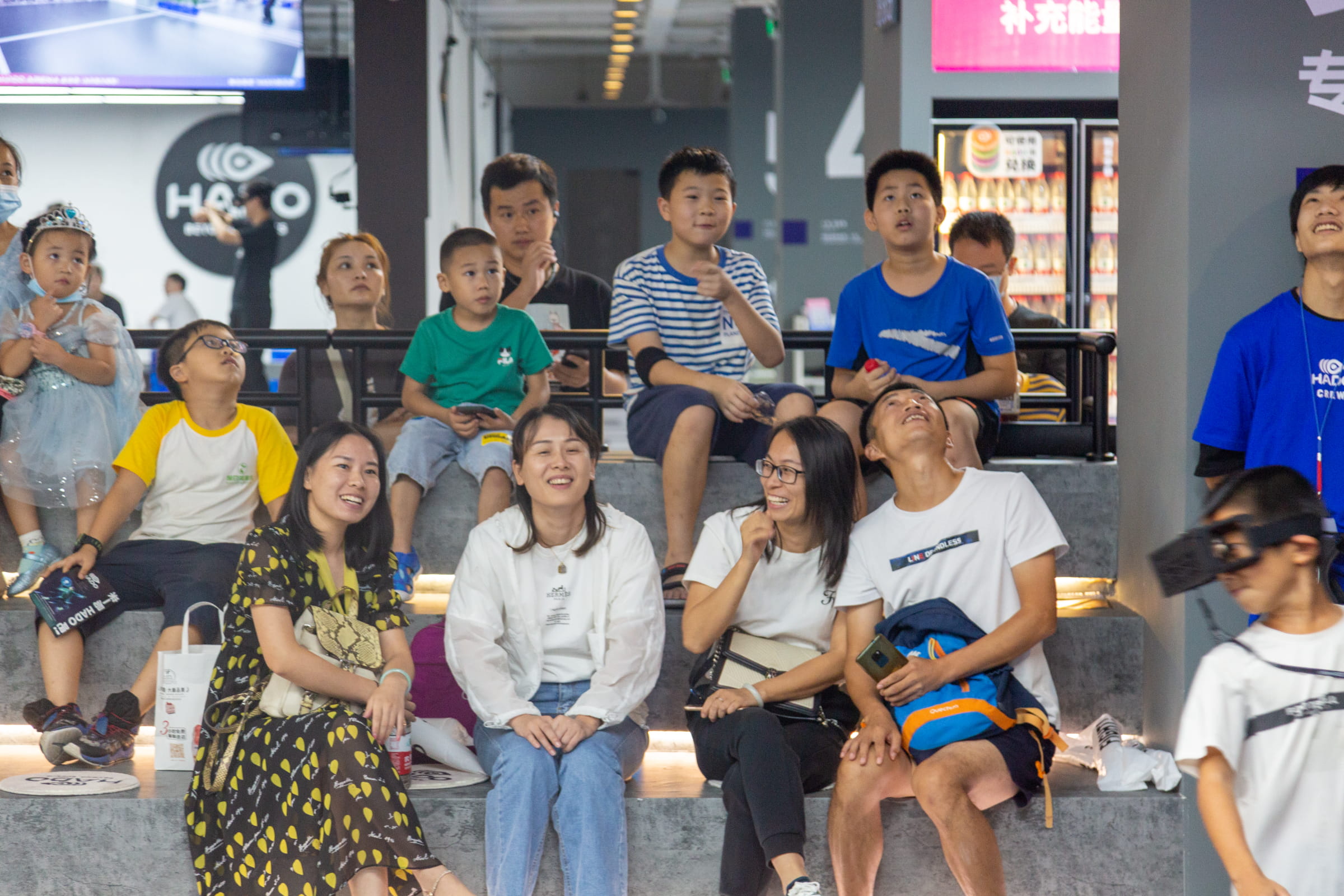 Mr. Jinhao Liang talked about the plans for China’s HADO business in the future.

“The HADO ARENA SHENZHEN LONGHUA as the largest and most innovative AR sport facility will become a global role model that inspires other techno sport venues for further expansion of the opportunities around the world. We will promote it as a cutting-edge facility that offers a whole new experience to all visitors in the process of dynamizing AR sports entertainment.”

He also stressed the importance of cultivating a community of fans, “We understand that events and entertainment are a pillar of the sport. Not only multiple tournaments and competitions with big prize money but also unique events, activities, and even festivals will be provided on a regular basis to enhance the opportunities for them to join the HADO community for any preference. Our current focal point for the development of the ever-evolving techno sport focuses on expanding the community of HADO fans.” 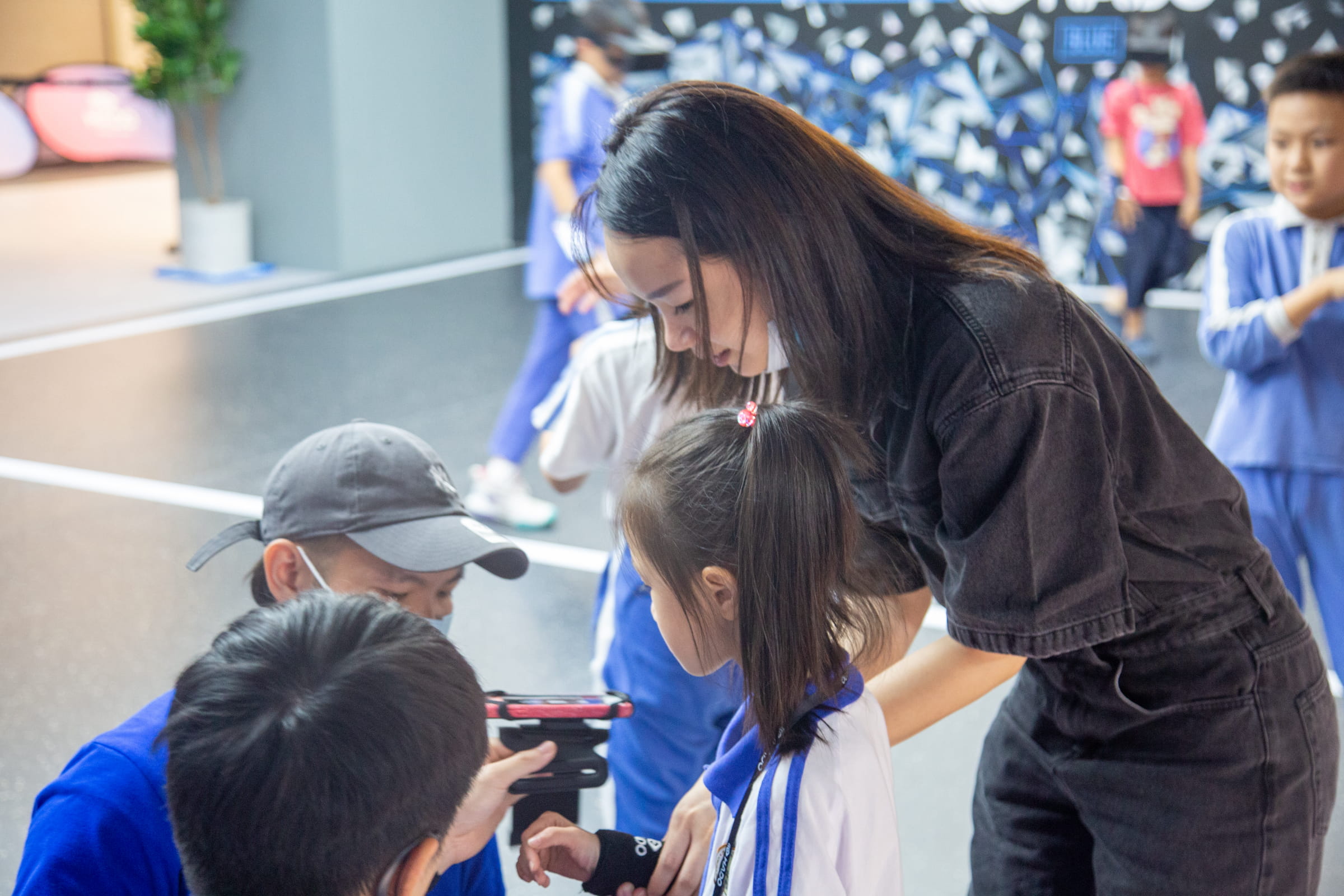 He continued, “Our success is determined by the cultivation of HADO players as well as spectators. In this cutting-edge arena, in order to encourage everyone to begin their journey into techno sports, we will offer a variety of options from a casual trial for fun to HADO Academy, or even support for organizing a new team to compete in the official tournaments. The Academy offers training programs both for step-up and private use to grasp the youth market, while “Super Youth HADO Training Camp” will kick off for the cultivation of younger generations. The HADO ARENA is indeed the perfect destination for every group not only to improve their skills and expertise about the next-generation of sports but also to enhance comprehensive physical abilities and fitness via attending various techno sport activities.” 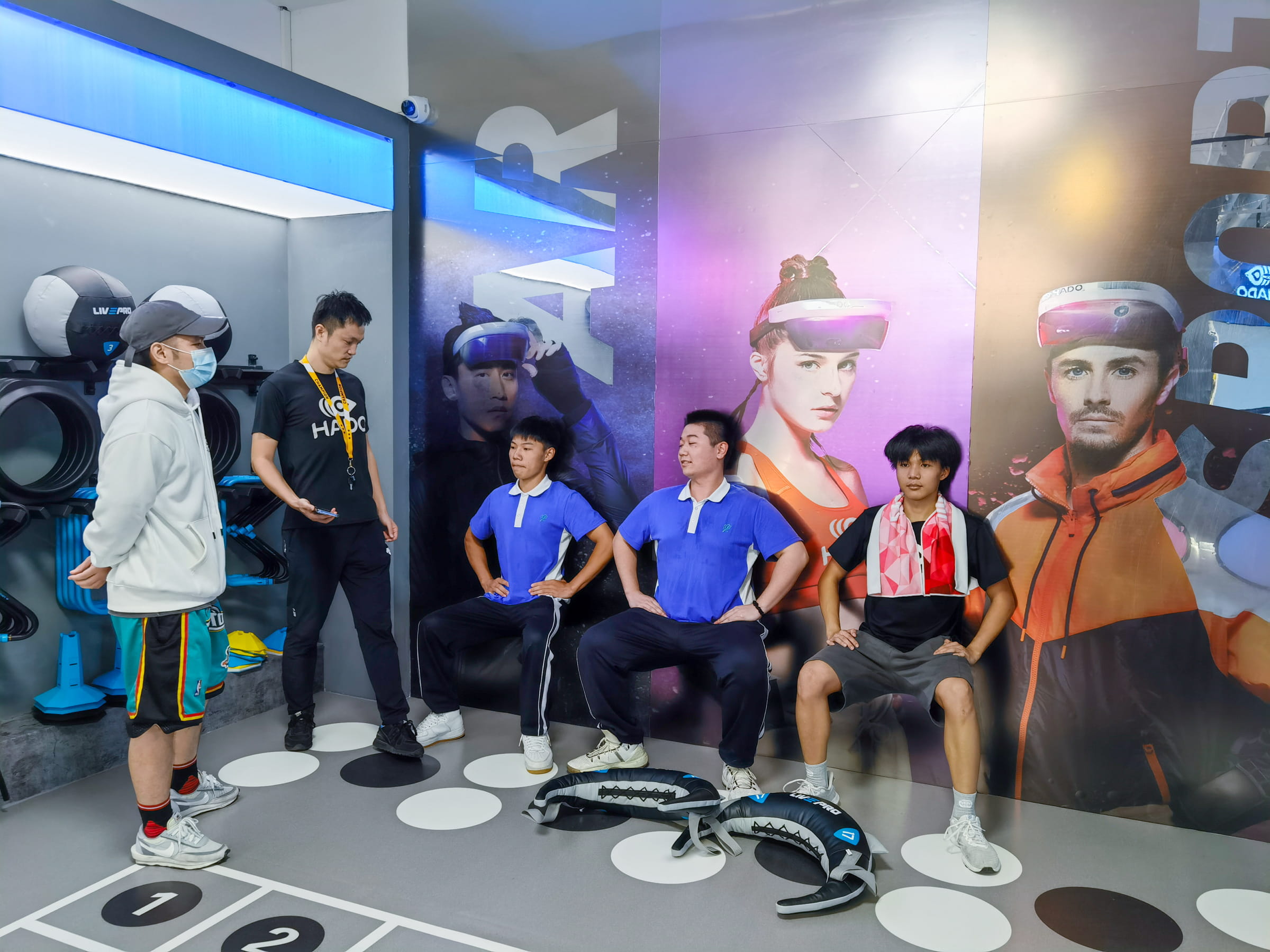 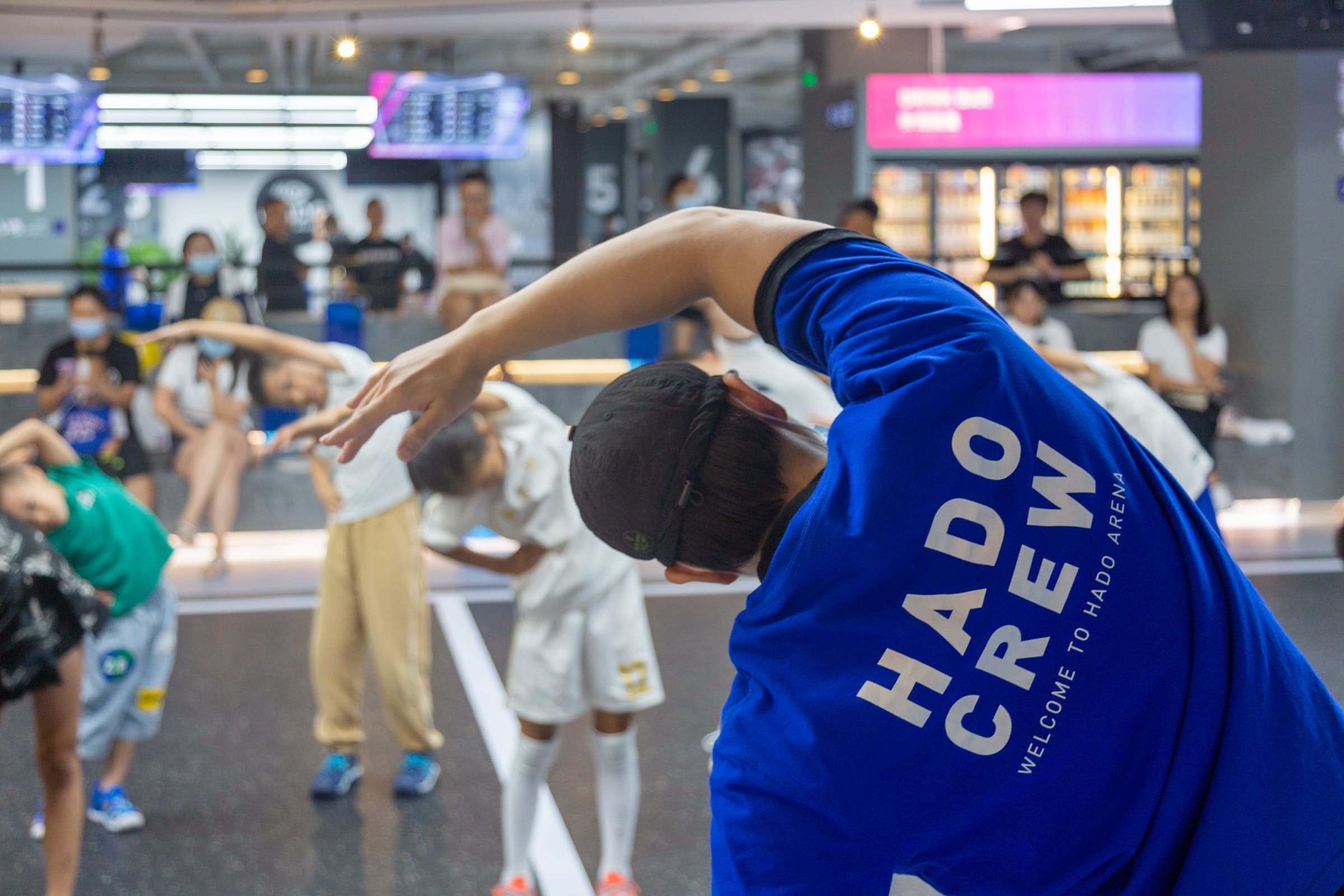 In recent years, China has seen a rapid advancement of experience economy. Especially the young generation is instinctively familiar with technology as a form of communication and entertainment, and such digital natives make no scruple of spending big on digital commodities. Responding to the health trend in sports as well as the technological boom in China, HADO is an absolute fit for the next generation as a powerful combination of technology and athletics. The excellent playability, high-standard tournament structure, and uniqueness as a sport have attracted millions of people across the globe, which will solidify the platform in China for even greater success.

This innovative techno sport venue will play an even more important role in the eSport revolution as a pivotal axis of the global HADO communities. The ARENA will contribute to the wellness and joy of life in people in China by fostering a healthier and more advanced sporting life, with diversified sports formats. It will drive forward the next generation’s sport that is able to grow into a worldwide phenomena thriving throughout all generations!