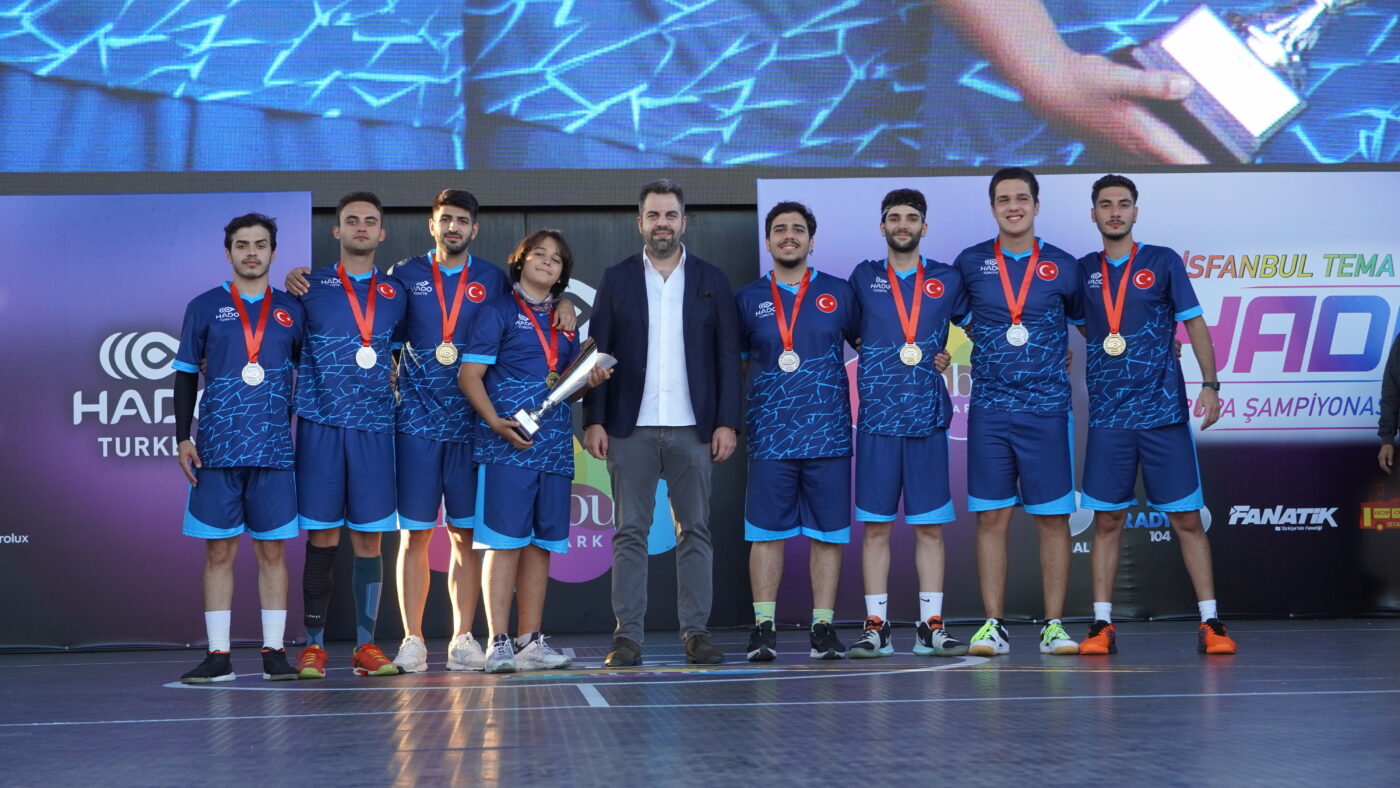 The HADO European Cup 2021 saw fierce, action-packed techno sprots. One hundred players from eleven national teams—Turkey, Greece, Cyprus, the Czech Republic, Slovakia, Austria, the Netherlands, France, Spain, and the United Kingdom—battled it out with everything they had. 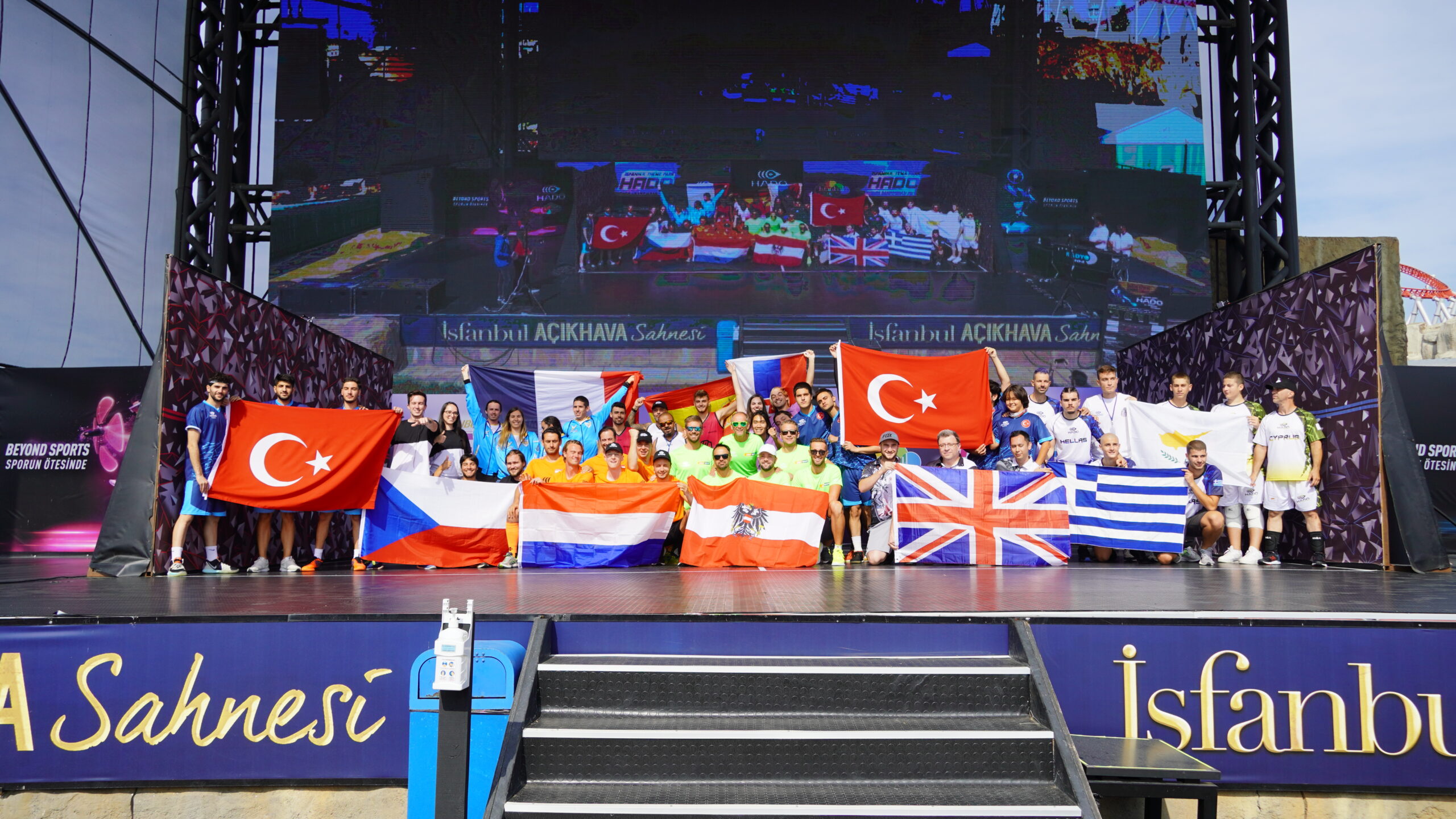 After a barrage of energy balls and a trail of broken life cells, Turkey, France and Greece shared the podium. These teams not only qualified to compete as one of the top 8 teams in the European Cup 2022, but also earned a combined purse of 10,000 USD. HADO Turkey Director Koray Erdemir, Turkey eSports Federation (TESFED) President Apler Afşin Özdemir and ISFANBUL Theme Park Director Tankut Tonger had the honor of presenting each time with a trophy and the prize money. 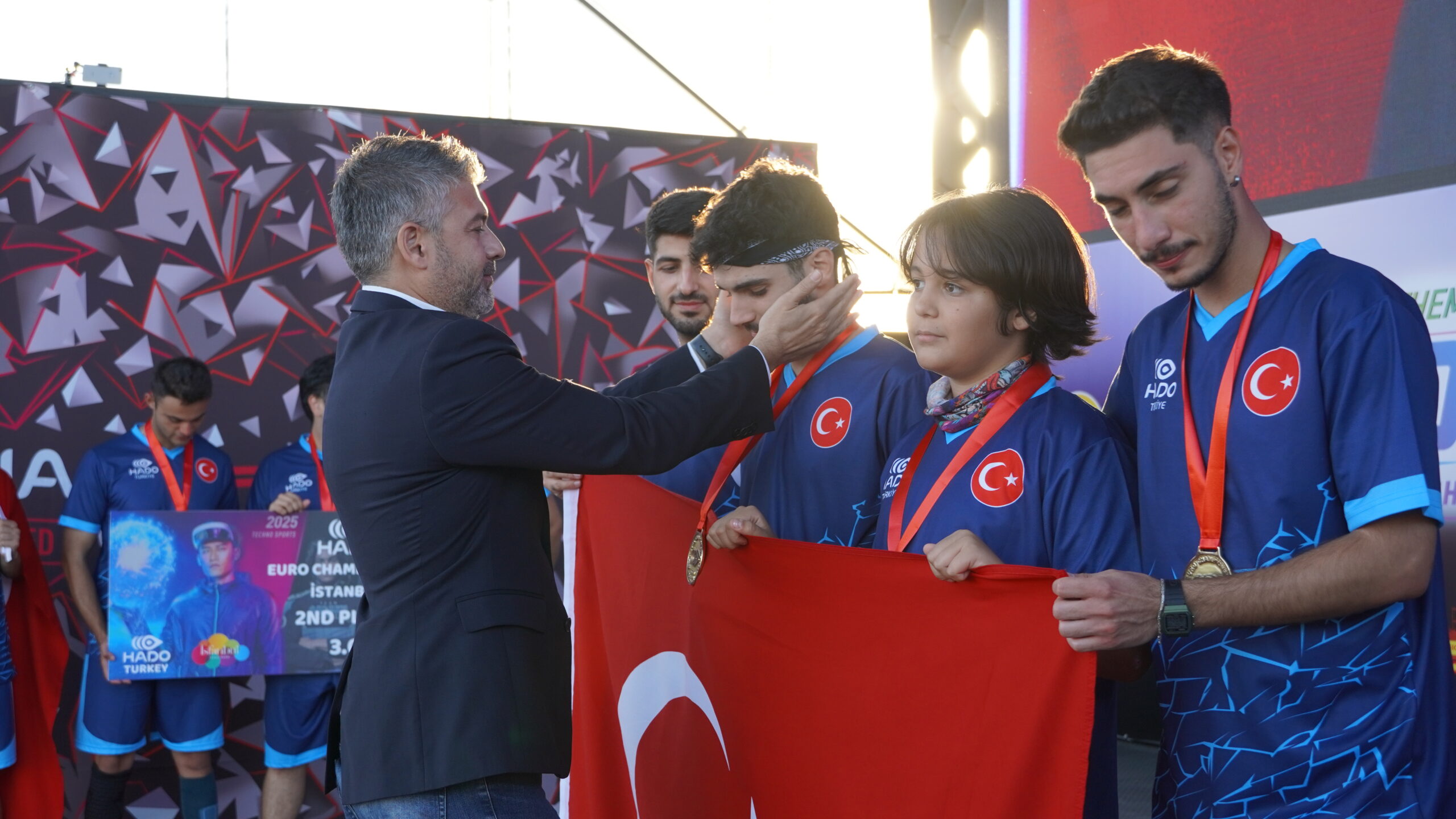 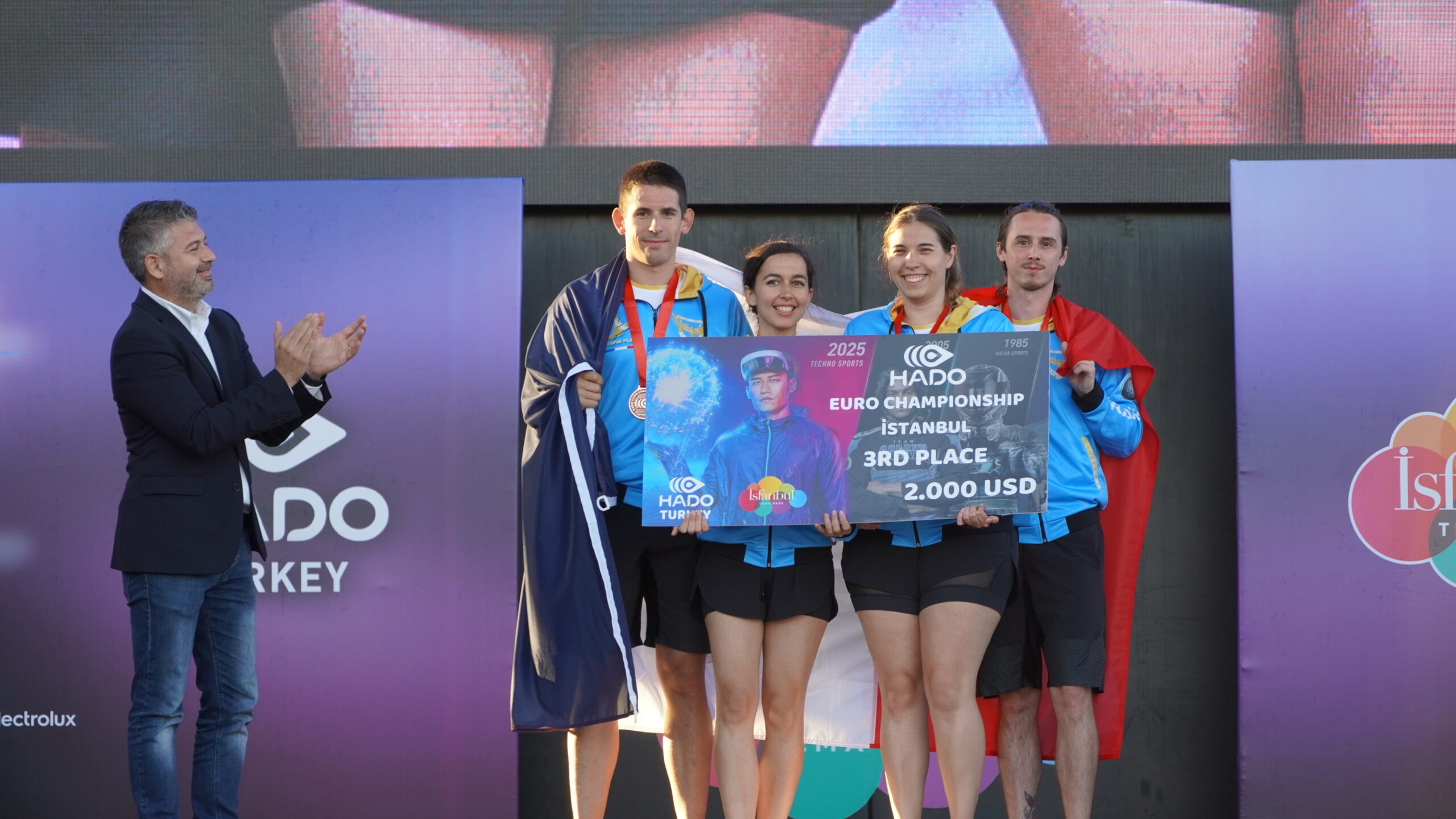 “We are overjoyed the amazing HADO community from eleven different countries have joined us here in Turkey today.” Karay Erdemir said. “I am extremely proud my colleagues and I have been able to host the first HADO European Cup in Turkey, even in spite of the COVID-19 pandemic. The excitement of watching the national Turkey team win is indescribable.” 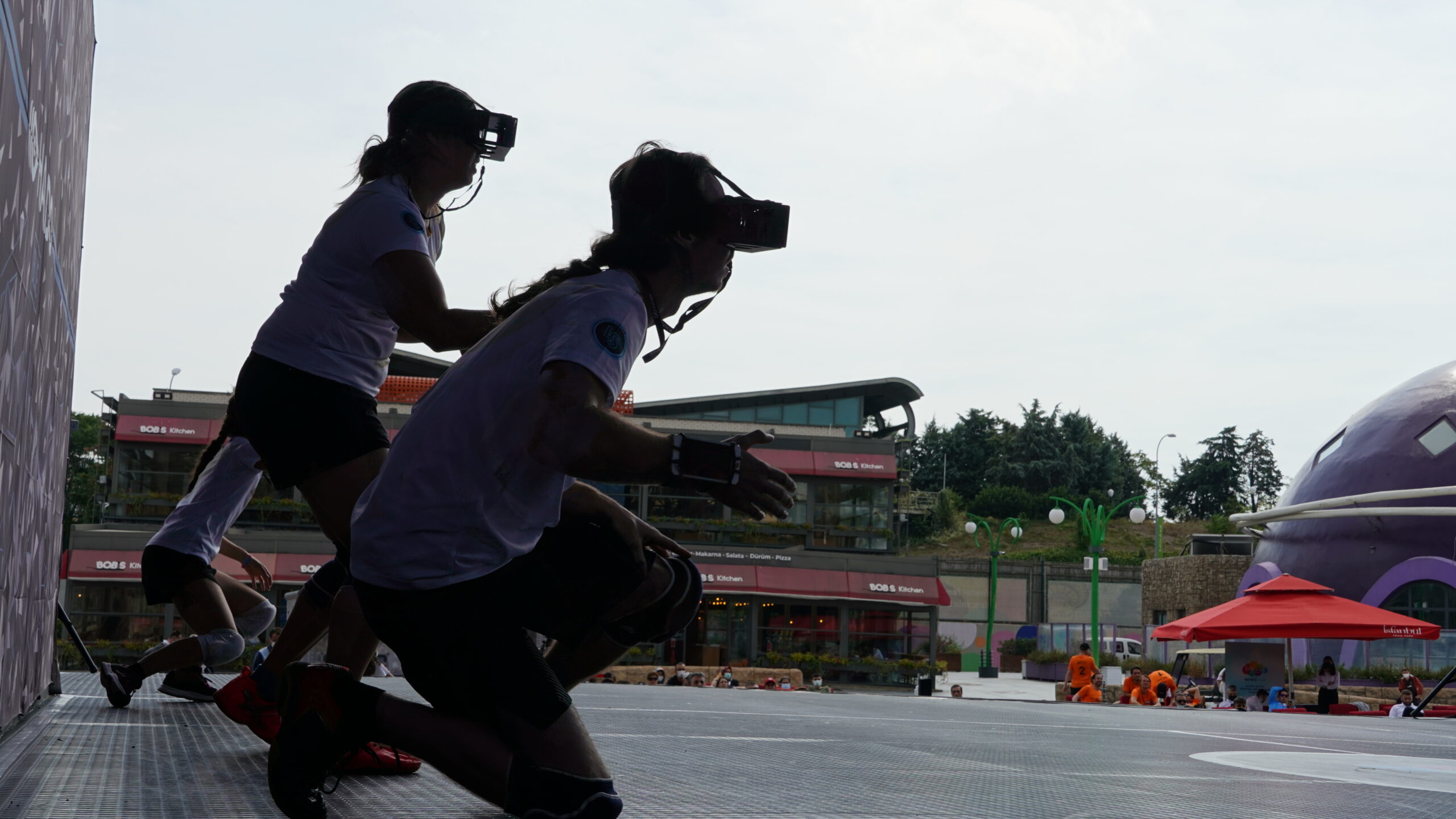 ISFANBUL Theme Park has made it their mission to not only stand as a platform for entertainment but also for techno sports. All of the techno sports action was broadcast live on the huge jumbotron. Every techno-sports fan throughout the stands could feel every energy ball, every shattered energy cell, and each point to go up on the board. The European HADO championships attracted the local community as well as fans from around the globe. The tremendous HADO action of the top-ranked teams surely captured the hearts of everyone in the park as well as the rest of the world. HADO Turkey, ISFANBUL Theme Park, and TESFED will continue to drive the evolution of HADO as the leading-edge techno sport in Turkey. 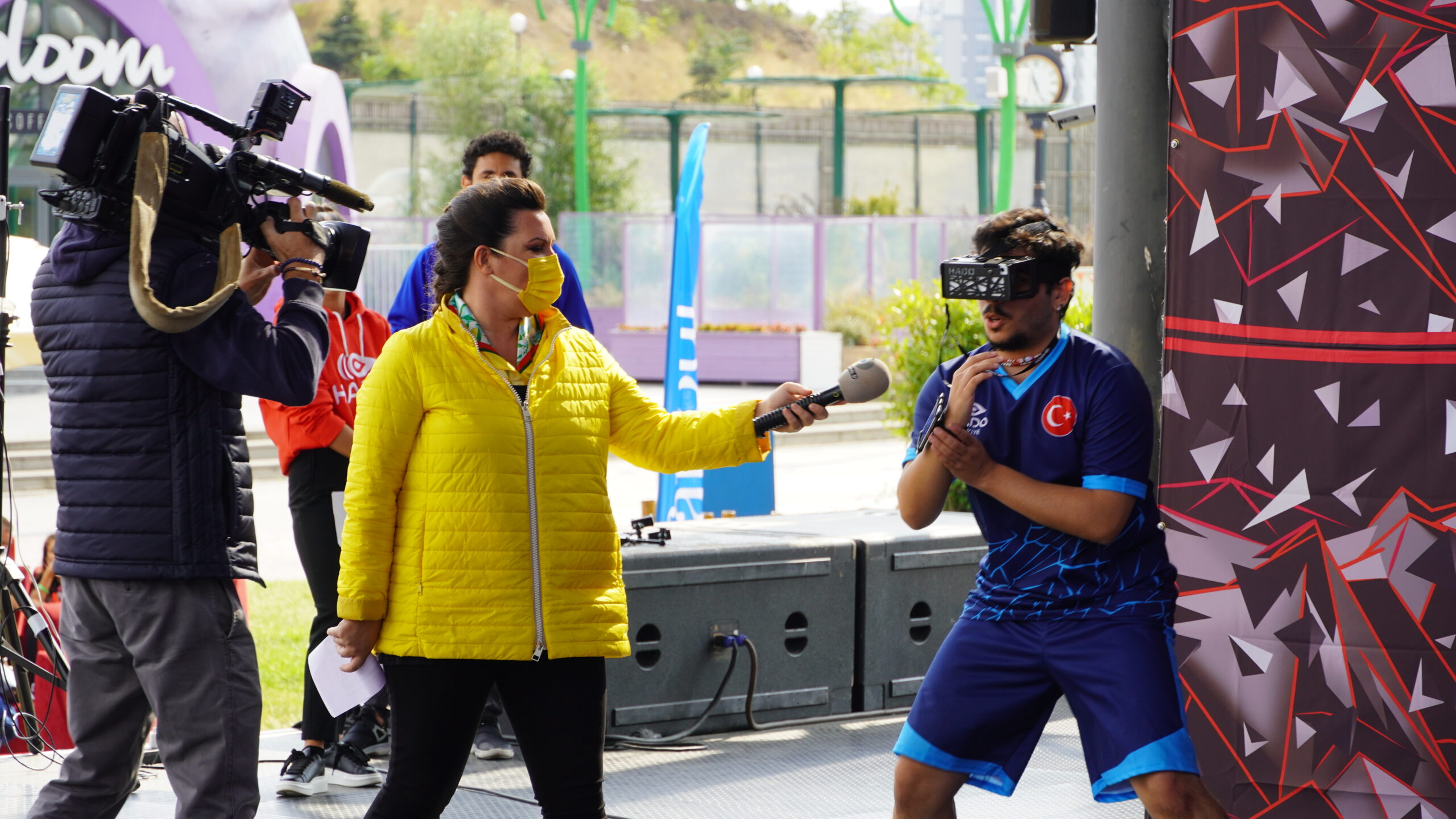 Worldwide, the HADO European Cup 2021 of course demonstrated the fantastic growth of HADO as a techno sport, but also showed it is more. In the same way HADO integrates technology into a physical sport, it also has brought people together by surpassing borders, language, and culture to foster a diverse, inclusive and welcoming community.

Keep an eye out for all of the action coming to courts near you soon! 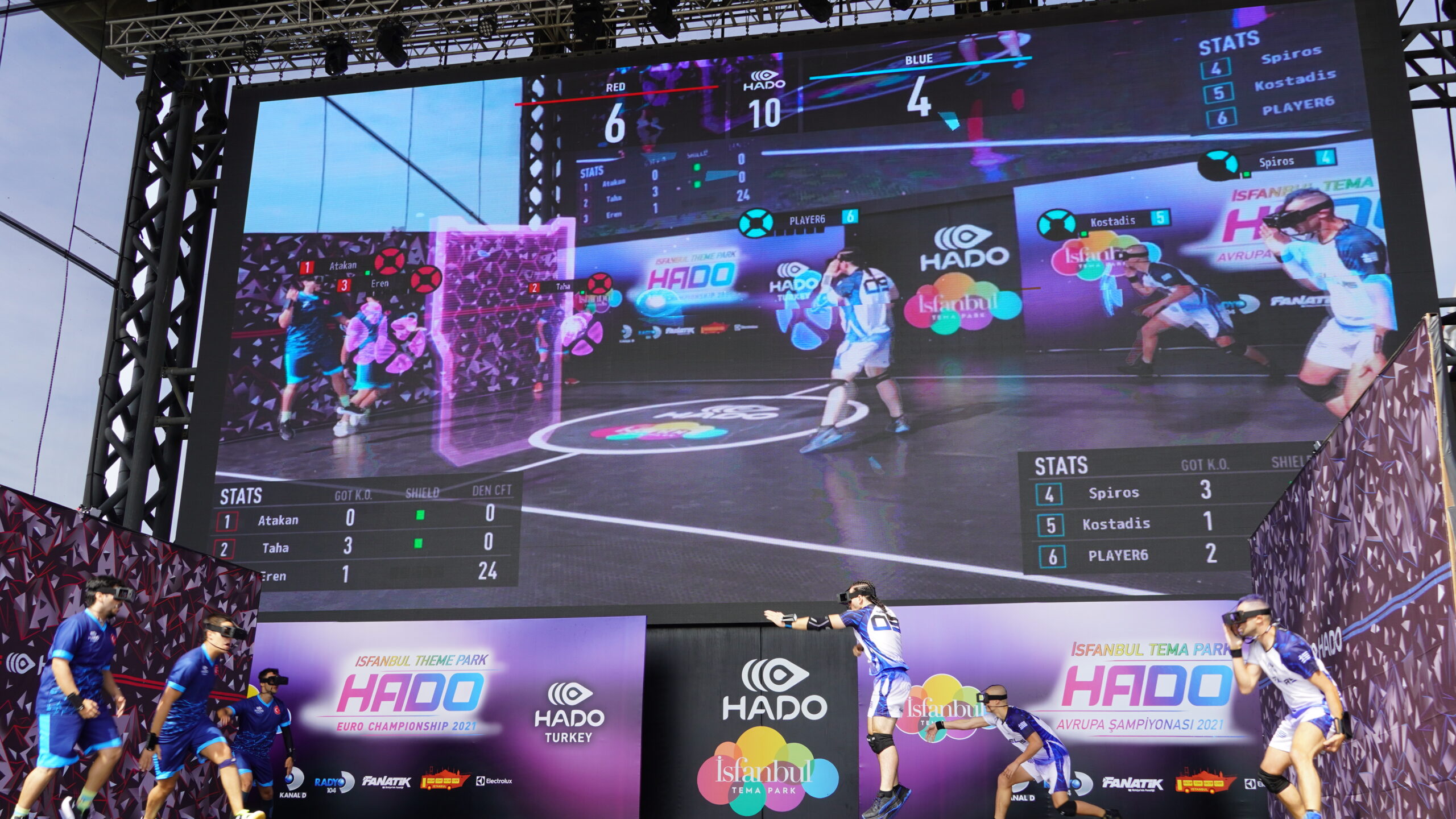 In Turkey, many people associate eSports with competitions taking place entirely in front of computers. HADO has many distinctly unique features that separate it from this conventional idea. One of the biggest is the ability for players to move freely around a real-world court. The techno sport requires players to be technically strategic as well as having the physical skill for flawless execution. HADO also offers families with concerns about typical eSports a unique option. Parents and children alike can bond through both exercise and technology.

HADO Turkey took the initiative to launch HADO in Turkey on October 22, 2019. Thereafter, Teknosports Ltd. assumed responsibility for accelerating its future. This venture evolved into HADO Turkey. Director Koray Erdemir, on behalf of meleap, Inc., signed a partnership agreement with Turkey E-Sports Federation (TESFED) on June 18, 2020 to transform the eSports Ecosystem. The HADO European Cup is the latest milestone in this evolution.

You can read this article for more information.