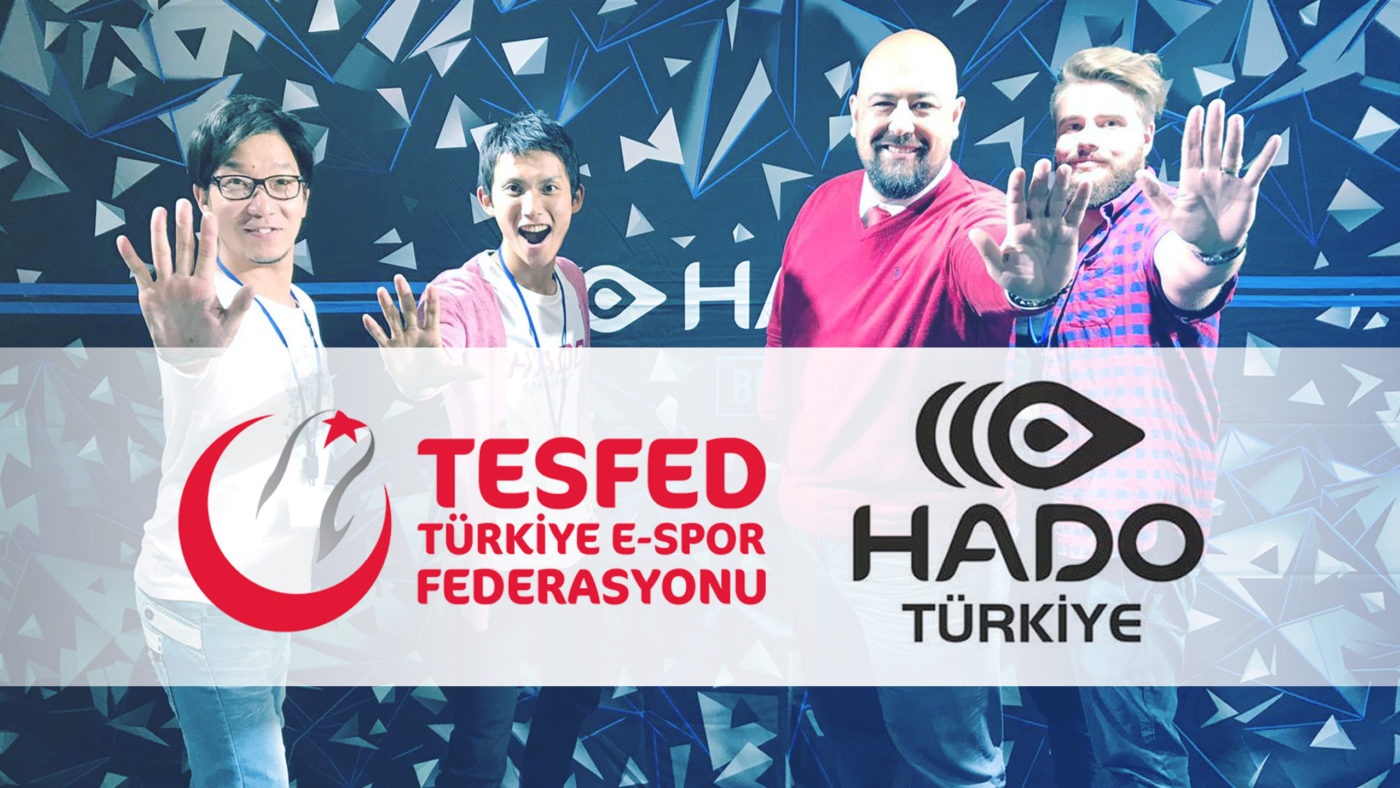 Turkey E-Sports Federation (TESFED) has concluded a partnership agreement with HADO Turkey, a subsidiary of Japan-based developer meleap Inc. who entered the Turkish market under the slogan The Future of Sports.

TESFED launches many joint ventures and partnerships based on its mission to develop and expand e-sports to large segments of society. TESFED Founder and President Alper Afşin Özdemir and HADO Turkey (Official Website: https://hadoturkiye.com/)  Director Koray Erdemir, on behalf of meleap, Inc., signed a partnership agreement to accelerate the future of sports. The TESFED and HADO partnership agreement went into effect on June 18, 2020 and covers all techno sports tournaments and events held in Turkey.

Cultivating a Healthy Next Generation

TESFED is an e-sports federation that has adopted a basic stance of supporting efforts that drive the development of e-sports in Turkey while also building awareness to drive e-sports as a widespread societal phenomenon.

(Clink here to review previous news about Turkey’s economy channel features HADO to talk about the partnership and the future.)

HADO is a techno sport that uses Augmented Reality (AR) to combine traditional physical sports and e-sports in a way that blends strategy, speed and physical ability. As AR entertainment, HADO demonstrates the importance of bringing together a generation of online and offline players.

“We are creating new ways to adapt the evolving role of sports into a platform that can nurture a healthy next generation.” Alper Afşin Özdemir said. “As an e-sports federation, we support initiatives which can take sports in such a direction. Many countries worldwide use e-Sports as a bridge to connect digital issues with sportive culture and raise awareness among children, youths and families while nurturing digital skills from a young age.”

Alper Afşin Özdemir went on to say, “Today, we welcome HADO as a future of sports that integrates Augmented Reality (AR) into traditional sports. HADO fits wonderfully into our mission to cultivate a healthy next generation as a techno sport. We will continue to support efforts in line with this TESFED mission.”

Unlike other e-sports, HADO has athletes compete on a real-world court. In Asia, teams already face off in championship tournaments, which proves the potential for HADO to become an Olympic sport in coming years. The Director of HADO Turkey, Koray Erdemir, underlined the importance of this partnership for the e-sports ecosystem.

“We are excited to bring HADO to all gamers in Turkey.” Koray Erdemir said. “We have been working with our team for a long time to lay the foundation for HADO in this country. Everyone who loves games has shown a lot of interest in HADO, and this partnership agreement brings the world’s first techno sport under the TESFED umbrella.”

HADO is played by two teams of three people who wear Augmented Reality (AR) equipment. The integration of AR technology and software into sports has become a major topic in sports as this extremely fast paced, digital version of traditional dodgeball takes off.

With simple rules easy for athletes to follow, HADO contributes to the physical and mental development of players. It also allows teams and players to test their skills and improve individual performance.

HADO is a team sport that appeals to a wide demographic from active youths and students to professionals and families. HADO engages everyone with more physical activity than digital sports. This techno sport can also be played without worry of weather conditions unlike many junior high, high school and college sports.

HADO offers a physical outlet that nurtures a team spirit for people of all ages and creates an environment for nuclear families to improve communication in an athletic match that crosses generational boundaries.